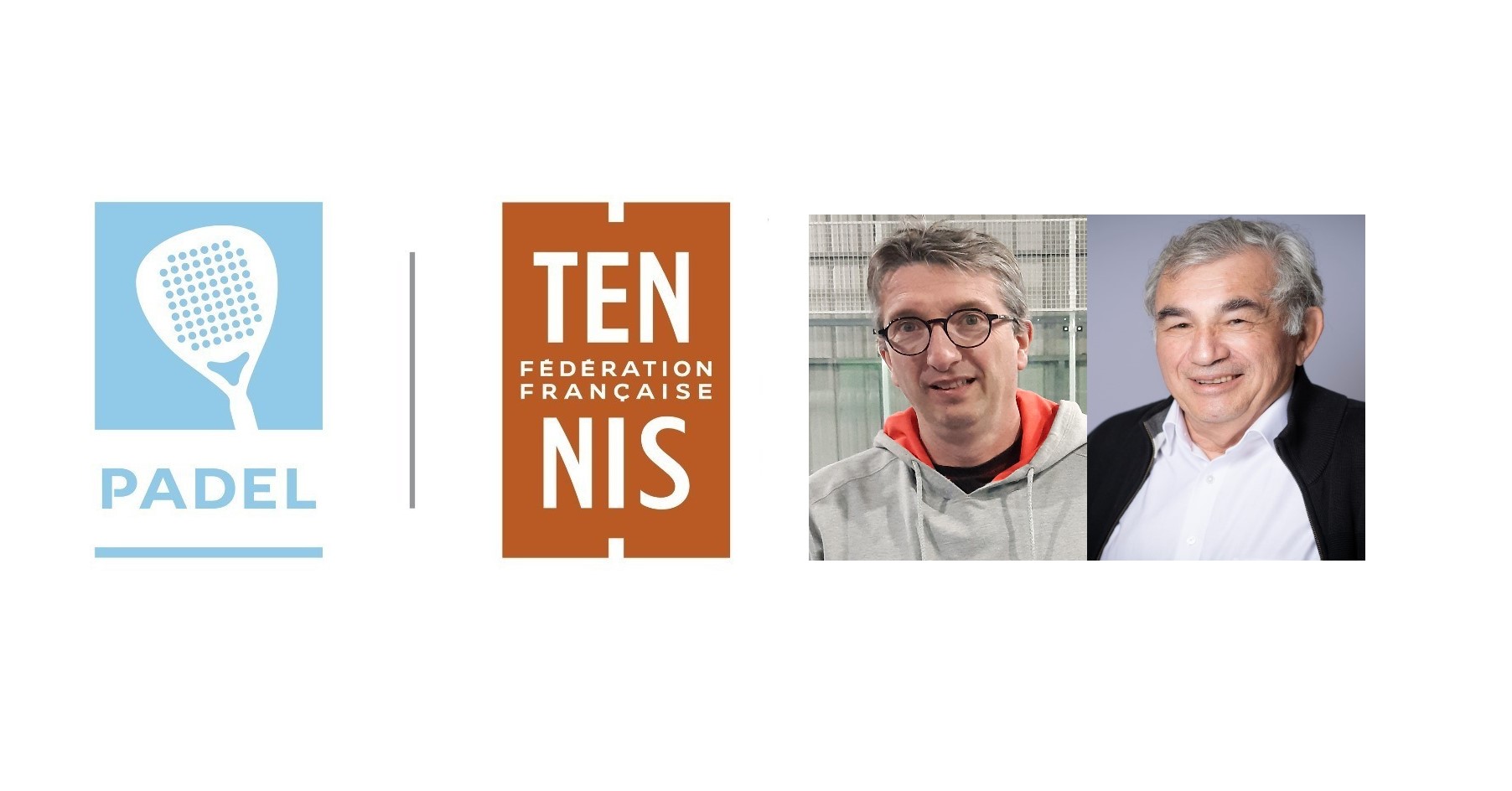 Padel Magazine : First question for you Laurent: how did you discover le padel ? What was your background before becoming President of the regional commission padel in Burgundy-Franche-Comté?

Laurent Aznar: “I discovered the padel in 2005, in Spain, in Vigo to be precise. Originally a tennis player, I was initially looking for a tennis club. My Spanish work colleagues told me about the padel, it intrigued me because I did not know this sport. But I had noticed right away that there were more tracks of padel than tennis courts and I started playing. Honestly, it was quite old tracks at the time, there were still concrete walls (instead of windows), the ground was cement, etc.

When I returned to France in 2009, I kept that in the back of my mind. In 2014, the padel is rentered the fold of the FFT, and that's when I thought it was the perfect opportunity to develop the padel in my club in Bourgogne-Franche-Comté (in Montbéliard). In 2017, we were the first tennis club to inaugurate four tennis courts. padel in Franche-Comte

Since 2018, I have been in charge of the regional commission padel, and I was elected from the last governance of the federation, President of the National Council of Padel.(CNP)”

Padel Magazine : You mentioned the National Council of padel, can you tell us about this organ?

Laurent Aznar: ” The National Council of padel was born with the new governance of the federation. Initially, the federal commission was created padel which has expanded recently, welcoming managers of private structures and members of the CST in particular. From now on, this national authority of the padel has 22 members, with the objective of supporting the development of the padel all over the territory, structure the competition, be a force of proposal concerning the evolution of sports regulations and to work on various subjects such as for example at the moment on the structuring of the classification padel"

“Target 2024: more than 70 trails in Bourgogne-Franche-Comté”

Padel Magazine : Today, what assessment can we make of the state of the padel in the league? What means have been put in place to develop this sport?

Laurent Aznar: “We currently have 22 tracks for 8 structures in Bourgogne-Franche-Comté. It is obviously important to put these figures into perspective with the number of licensees and inhabitants of our territory. These ratios show us that we are behind the federal targets. Without land, it is difficult to develop.

In 2021, we set up a League Center with 5 tracks in Besançon (3 outdoor and 2 indoor). This Center will enable us to offer training padel but also soon gatherings and internships for our young people. The priority of our 2022-2024 project is therefore to increase the number of structures throughout the territory, but by creating an intelligent and relevant network. In my opinion, it would be a mistake to repeat what was done in the 80s for tennis by creating infrastructures next to each other.

As everywhere in France, we are seeing strong growth in BFC: in 2019, there were only 9 tracks and at the end of 2021 we were at 22 (and I think that unfortunately, this growth has been slowed down by the health crisis...).

The objective at the end of 2024 will be to have 70 trails throughout the territory of Bourgogne-Franche-Comté. With our development referent padel, we created a questionnaire and a presentation of the discipline that we sent to the leaders of the clubs that we target to mesh our territory. We see that it works well because many club presidents come to see us expressing their interest in developing the discipline. Today, we have about ten projects that are under consideration, hoping that they will materialize from 2023.

Jacky Terreau: “There are a lot of projects that are in the air at the moment. I believe that you have to be vigilant, and create a good network rather than dispersion.

Five tracks in Besançon, which corresponds to the center of the league. It is an example of private / public collaboration, which can be highlighted.”

Padel Magazine : Laurent can you give us an estimate of the number of structures, clubs padel which will see the light of day by the end of 2022/2023?

Laurent Aznar: “This year it is estimated that there will be 3 additional clubs and 8 to 10 tracks. And I am convinced that this will continue to grow exponentially given the strengths of this discipline: accessibility, friendliness, playfulness, but also the social bond it creates. The massive arrival of telework gives people the need to find each other and the padel is a great way to do it!"

Padel Magazine : If you could illustrate the road map of the Bourgogne-Franche-Comté league today, what would it look like?

Laurent Aznar: Our 2022-2024 project is based on four pillars: developing the number of our infrastructures, communicating widely around this discipline to bring culture padel within our League, develop mass practice by focusing on young and female audiences and finally train by structuring the training of our young people as a priority

We organized a first training session at the DFMP at the end 2021 (40h training for DE tennis) and we are currently thinking about setting up training at the TFP (“Professional title”, 240-hour training course for padelists) and pedagogical referents padel.

Padel Magazine : Is the padel can boost tennis by helping it find alternatives to keep its licensees and why not win some?

Laurent Aznar: ” The objective is in my opinion to make padel a sport in its own right. This must come to boost tennis and the clubs by bringing back practitioners, conviviality, social ties and therefore a good breath of fresh air. After 4 years of operating this practice in my club, I see that 60% of practitioners padel are people who did not play or no longer played tennis (therefore a population that we would never have captured) and they brought back the conviviality that had disappeared. And conversely, almost no club player has given up tennis in favor of padel but on the contrary, they combine the two practices!