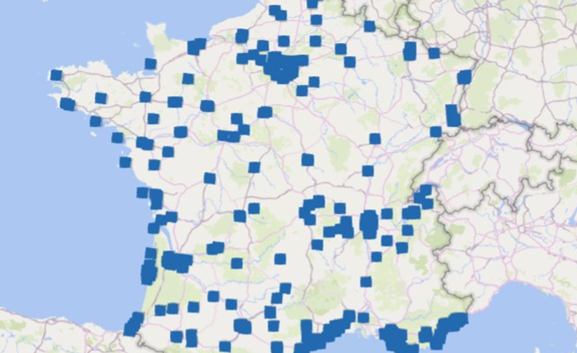 On December 1, 2020, the French Tennis Federation made an inventory of the padel French. 320 clubs padel  for 780 lots of padel validated by the FFT. Honorable figures and many projects.

A territorial network that takes shape

With these 320 clubs and 780 padel, the figures underestimate the reality because many clubs as in Corsica for example are not counted. Indeed, these lands of padel are often found in private structures which do not always see the point of joining the FFT benches.

Also not counted by the FFT are clubs and golf courses. padel which do not correspond to its specifications The map was produced by the FFT and it is the official map of the clubs of padel affiliated or approved by the Federation.

First observation, we realize that there are geographical areas obviously much better endowed with clubs of padel that others. The south of France, Lyon, Bordeaux, the Paris region and the Lille region bring together almost 85% of clubs, it is still to say the imbalance that there is in France. But at the same time, the bet of the territorial network is indisputably advancing.

Proof with the map below. 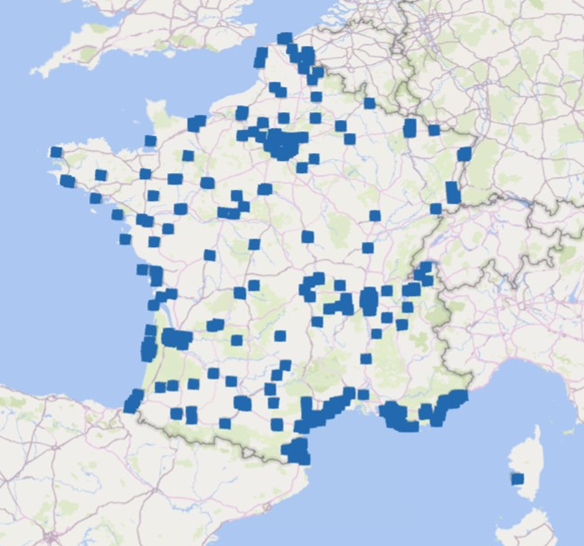 Our Reunionese friends are not forgotten in this figure. On the contrary, Reunion Island is becoming an increasingly well-stocked place in terms of players and clubs. Martinique will see seven fields of padel also build.

The Occitanie league is the big winner in terms of licensees with 2 license holders, ladies and gentlemen. The PACA league exceeds 1 licensees, as does the Nouvelle Aquitaine league.

This is an almost normal sequel, since without much surprise, the Occitanie league is the first to offer tournaments of padel 2020 with a total of 357 tournaments performed in 2020.

What can actually be a little more surprising is the number of tournaments padel for the Nouvelle Aquitaine league: 310 tournaments carried out for 1571 licensees. The tournament / licensee ratio is very high compared to other leagues. In reality, the PACA league did not finally offer that many tournaments compared to its number of licensees.