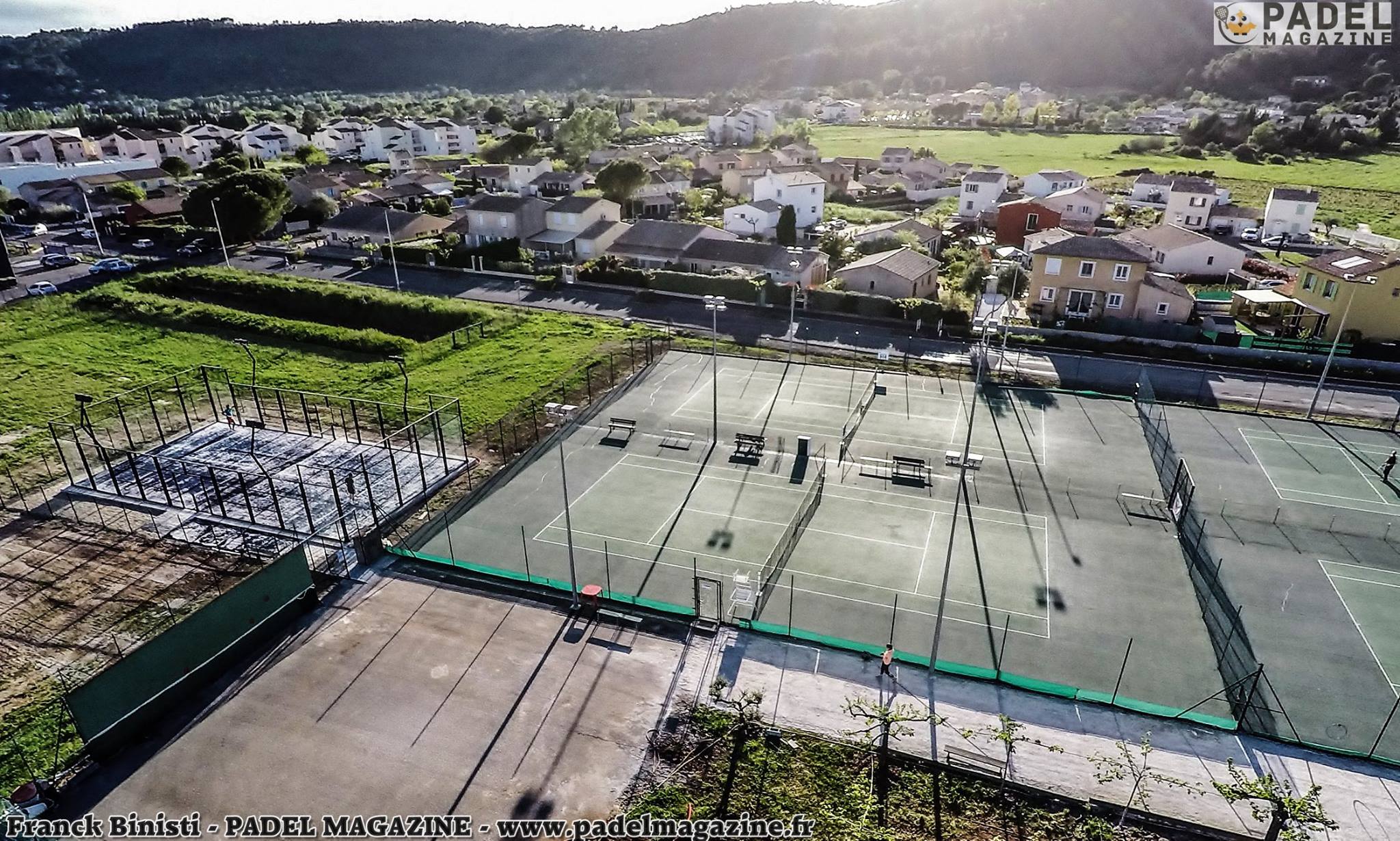 AS TENNIS LUCOIS (ASTL) throws itself into the padel. Since April 9, AS Tennis Lucois has, in addition to 4 floodlit tennis courts, a padel. Valérie Schneller, president of the ASTL talks about the club's desire to become a player in the padel French.

Franck Binisti - How did the padel at AS TENNIS LUCOIS?

Valérie Schneller - Our judge referee of the Lucois Tennis tournament (Edgar Mus) who is president of the Tennis Club of Roquette sur Siagne put us on the track of padel.

We know that the padel in his club works well and that he also aims to put other fields of padel. (Editor's note. The club of padel is managed by one of the best French players in padel : Patrick Fouquet)

We had space to welcome this new sport and the town hall granted us this space. But it is the AS that financed the facilities. We hope this sport will work well because we have development projects if that's the case.

VS - We can see that this sport is developing all over France. Tennis players already have a certain hand padel. And others who are not necessarily from tennis can have a lot more fun. We have just inaugurated our center (editor's note. Club inaugurated on April 9) and things are being set up with our partner Concasport with whom we could work again for the extension of this club.

We indeed have the space to put at least 1 additional land. As part of a global sports project, a padel additional could see the light of day within 2 years.

We will see if the padel takes well in our club.

We have 130 members at the club, and there will certainly be more people for the sunny days and probably some new heads and more.

FB - What is the price to play?

Cost per year to play padel : 80 € for tennis licensees at AS and 120 € for licensees padel only. It is a very attractive price. The objective is to have as many players as possible to show that this sport deserves to have more than a field in our club. Meet in 1 or 2 years to see if the bet is won.

AS Tennis Lucois is embarking on the padel. Discover this club in pictures and video:…

Published by Padel Magazine at Tuesday 3 May 2016