For 3rd consecutive year, Setteo Events is at the initiative of the Setteo Team Cup, the biggest competition of Padel by team in France. This unique event brings together the best clubs of Padel of France thanks to its innovative, friendly and mixed format, guaranteeing its originality and success.

Finally, a new category has been created so that all levels of play can be represented and everyone has a chance to win a ticket for the final stage of the Costa del Sol! 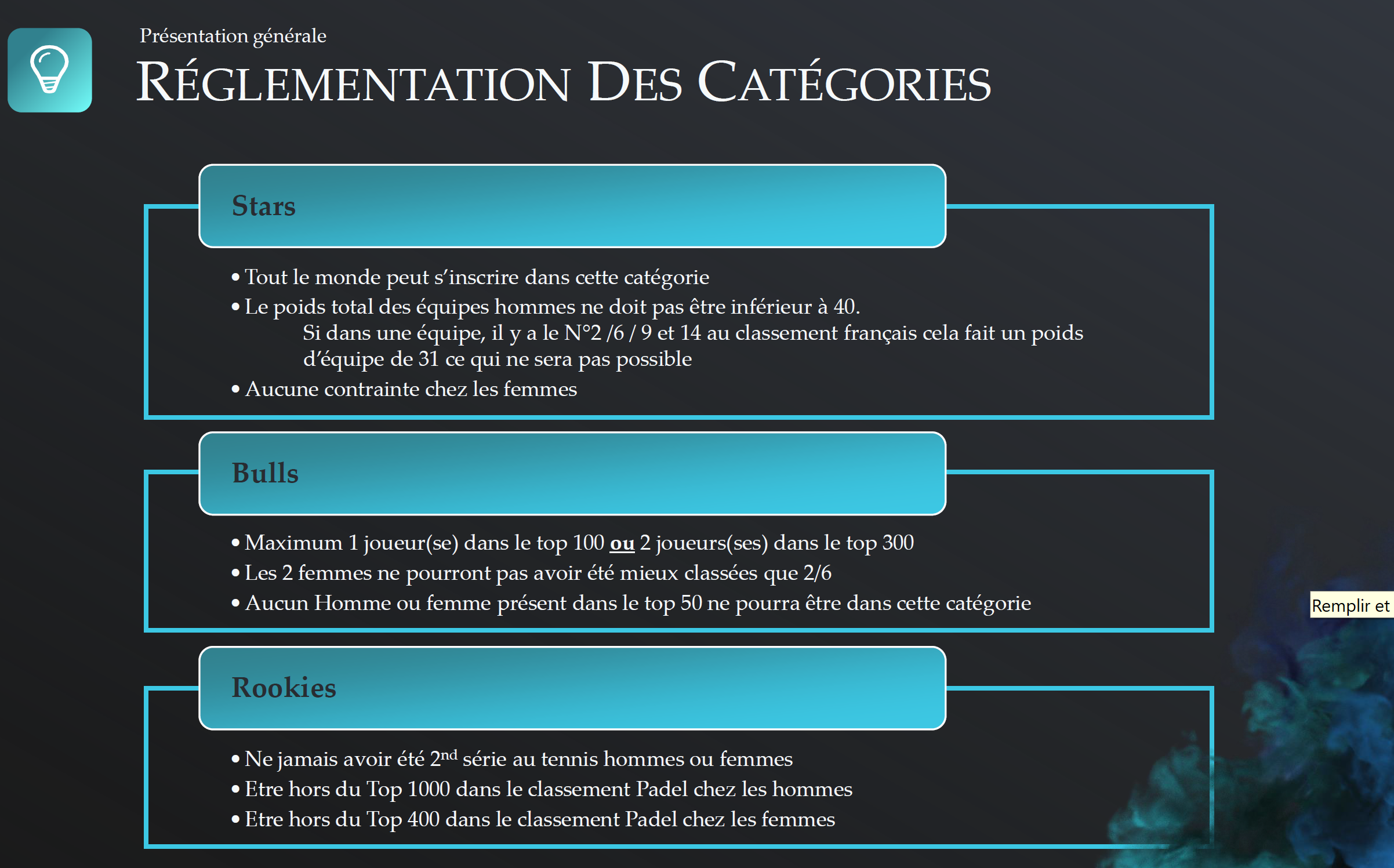 Attention, the competition will be able to accomodate only 8 teams by category, ie 24 teams per stage to the maximum.

Registrations have been open since Monday, November 19, with the first qualification taking place in less than two months. So don't delay in registering to be sure you can participate in this unique event!