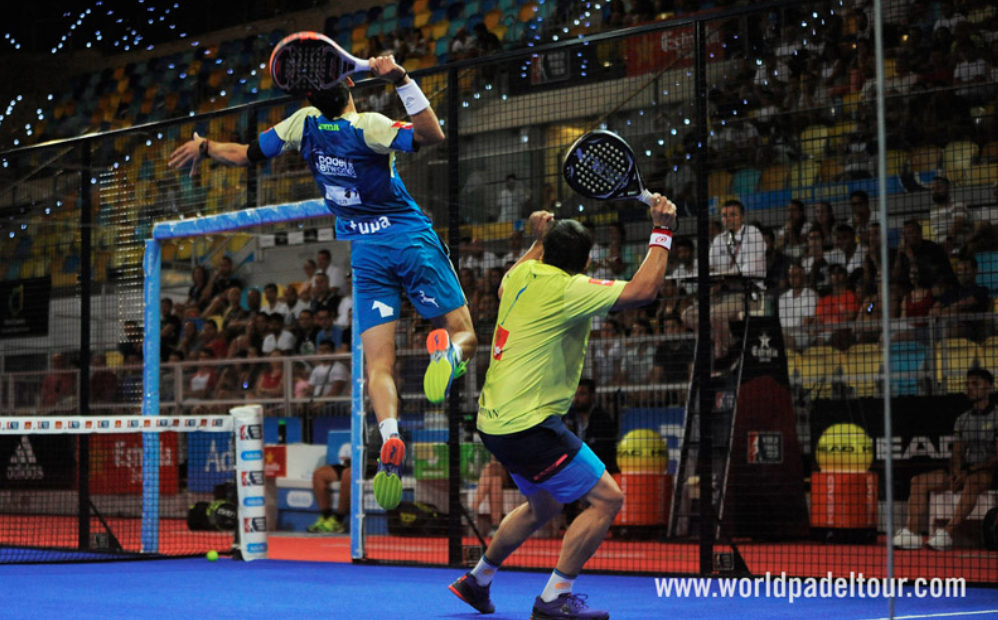 The last international padel tournament of the year is approaching for some players, the Padel Masters, in Madrid ... And in this case, we see formalize some separations, some "amazing" read on social networks.


The first that has been formalized is that of Franco Stupaczuck and Cristian Gutiérrez who, after two seasons, have ended their association.

Stupa made it official on his social networks

He wanted to share his decision made by mutual agreement with his partner just before the start of the Masters. This event, which will take place in Madrid, will see them together for the last time. A very popular pair on the circuit and who had shown very nice things (even if irregular season). She should finish at the 6th place worldwide. A pair that worked well.

But next year, both players will be opponents. 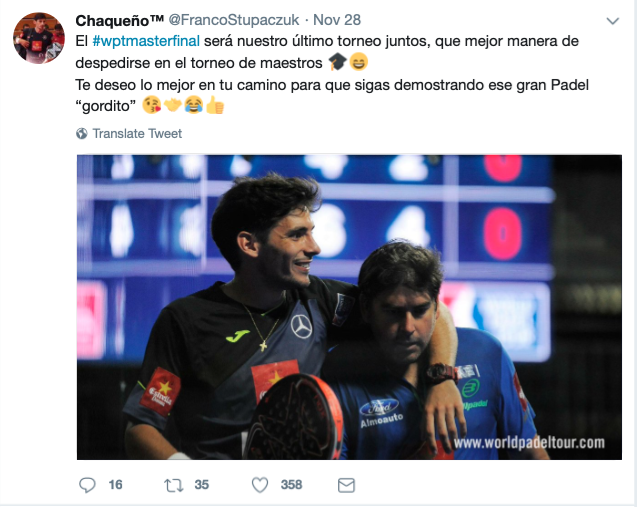 The Masters will be our last tournament together, what better way to say goodbye than during this tournament?

An irregular year for Franco Stupaczuck and Cristian Gutiérrez

2017 was a great season with two titles won. This year, despite winning the Granada Open, they lost their top-seeded status to Miguel Lamperti and Juani Mieres.

The season of Franco Stupaczuk and Cristian Gutiérrez has not been as good as expected. The physical problems that both players have suffered this year have prevented them from participating in several high level tournaments.

They fell in the first round to the Master of Buenos Aires and the Estrella Damm Masters of Barcelona, ​​in addition to the eighth finals at the Portuguese Open and the Valladolid Open, results that are not up to par of their hopes.