Back to the Instagram interview Le Face-à-Face by Léa Godallier, 71st player in the World Padel Tour ranking and player of the France team.

I spent my confinement with my parents in Biarritz. During this period, I did a lot of physics. I am lucky to have my darling who is a physical trainer. In the morning I had a more bodybuilding session for 1 hours and in the evening cardio on a bike followed by training. So I did a kind of “second pre-temporada”.

Like most French players, I played tennis until 2016, when I reached my best ranking -4/6. In December of that same year, the My Padel Tour took place at the Toulouse Padel Club. Marianne Vandaele sent me a message to play the tournament with her because she had no partner. At that time, I was playing padel but not with the objective of playing in a tournament, but with Marianne's proposal and my competitive side, I agreed to embark on this adventure.

We separated with Marianne because she had a French-only project and I wanted to train a little more, without knowing, during this period, how and with whom. I met Melissa and we had a lot of discussion because she also wanted to get more serious into this activity. So we started together for 2019.

Melissa went through a complicated year from a personal point of view, it unfortunately rubbed off on the sporting side and we were no longer fulfilled on the field together. We were not in phase last year to be able to reach the objectives we had set for ourselves…

I made the decision to play with a Spanish partner on the WPT in September 2019, with whom it went really well. She was able to bring me a lot, I have evolved alongside her. For this year 2020, I wanted to play with a player living in Madrid, to be able to train with her, to put things in place.

It was not easy at all to separate myself from Marianne and Melissa. With Carmen, it was much lighter, because this notion of change of partner is quite normal in Spain. I changed partners quite a few times, because my goals and my desires have changed.

After the World Championships in Paraguay in 2018, we thought it was possible that we could play together. I made the decision to play with Melissa what Laura had a hard time digesting, which I can understand.

Before the European Championships in Italy, we contacted each other to have a discussion and put everything flat. We left on a new blank page so we arrived with a light head to play this championship. We both played very well each on our side during this period, but also as a team. The next logical step was therefore to play with Laura.

The objective on the World Padel Tour is to reach the top 50-45.

Regarding the objective in France, it was to be champions of France and therefore to beat Alix and Jess. It is sure that for this to happen, you have to make a perfect match if we assume that they play their best level.

When I started playing my first tournaments with Marianne, I did not think of the France team because for me it was not accessible. Then over the year, we had good results together. The objective of joining Team France has gradually become concrete…

Things got really serious in 2019 because I started training with Jorge De Benito, Jean Thomas Peyrou, Jean Michel Pequery. I had everything to be able to train well in France. My goals have evolved over the year, because I was gaining confidence little by little.

I progressed in the mental domain because for example before, the objective against Alix and Jess was to mark as many games as possible. Today I have confidence in my abilities and my qualities. On the ground this is felt, because I am more aggressive, I take up more space.

Jorge has known me for over a year. He knows my qualities, my abilities, so the work is based on that. We are doing very forward-looking work in Madrid with Laura. We went on a much more offensive padel, it is the big work that we did before it stopped for the sanitary reasons that we all know.

When there is a P1000 women, generally, a lot of players come to participate. It is rather in the periods when there is no tournament, that women can seek to play matches. This is where the FFT proposal is interesting because it allows for more variety.

If the French Tennis Federation canceled the French championships as well as the P2000, I think they had their reasons and that this was not done on a whim. I am not an expert in saying that the decision was made too quickly or not.

Now that things have changed regarding this pandemic, I know that the FFT is working to offer tournaments to players.

Find the + / Questions from Internet users / INSIDE in the podcast here: 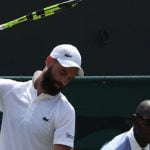 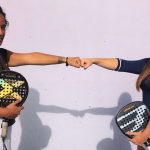 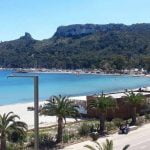 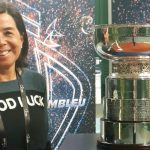 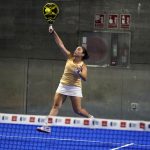 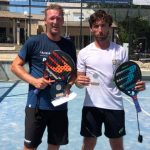