The qualifying phases of the 2016 padel world championships will bring together in this pool 4 teams:
Austria / Switzerland / France and Monaco.

If the list of players is not yet final, and there is little information on all players present at this competition, we can try to make a point on the forces involved:

The Austrian team 2015 December version for the European championships will be renewed. She had not managed to get past the quarter-finals. On paper, the team remains dangerous. If she does not seem armed enough to win all her matches, she will fight to occupy at least the place of second.

Switzerland was brave last December, but it did not go beyond the stage of group stages for the finals. Being the host country of the competition may be an advantage. But is it enough to beat Austria, Monaco and France. Not easy. For some, it is the small poucet. It can be tough!

One is perhaps a little in the unknown with the principality. Some countries thought to see padel champions representing Monaco as Gaby Reca or Nito Brea, or Fabrice Pastor. A priori, they will not be present in Switzerland. The other players are little known in the padel world. But it would seem if the tennis schedule allows Ivan Ljubičić to be on the list. Recall that he is part of Roger Federer's preparation staff for the 2016 season.

France is undoubtedly the big favorite of these qualifications. European Champion 2015, she clearly showed that she was the second European nation behind Spain. Note however the replacement of Alexis Salles because of injury (but who remains the captain) by the Peruvian player arrived 5e at the championships of France Erwan Nicol (associated with JP Pellicier). The other news and it is rather a good thing: The association of Laurent Boulade to Jerome Ferrandez, arrival 2e in France. Laurent Boulade had to leave his place last December. This time the 2 pair of the France team will be at the rdv. The 4 pair in France also complete with Simon Boissé and Sam Devrand. 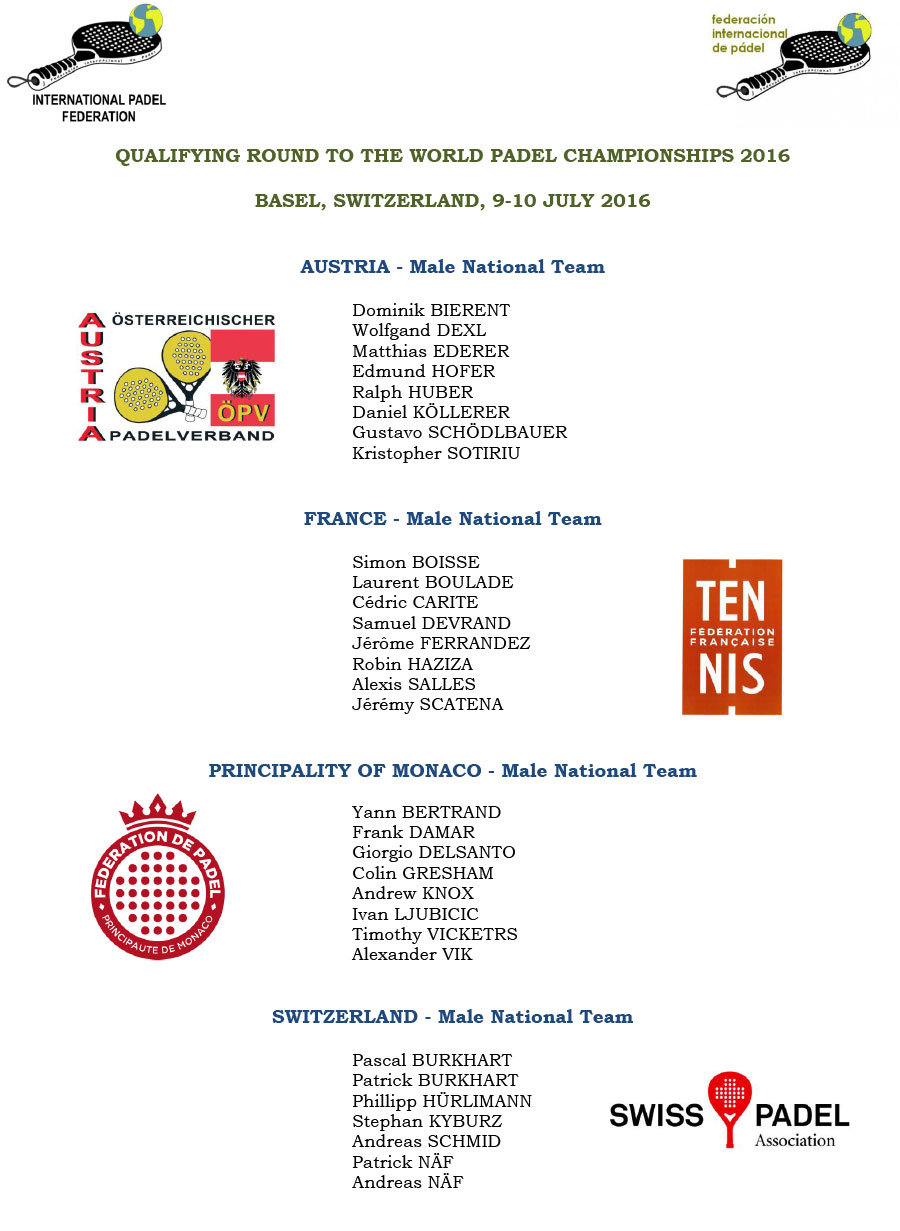