There are a multitude of possible formulas - or combinations of formulas - for a Tournament of Padel (hens, hens + row start board, hens + TMC, TMC, Hens + TMC etc.).

Also, all teams will be ranked according to their rank after the Tournament.

If the formula does not allow to separate two or more teams by a direct confrontation, they will be ranked at the same rank and will get the same number of points.

(example : teams ranked 3ème of hens not qualified for the final table will get the same final rank => teams can not achieve a different final rank only through a difference of sets and / or games) 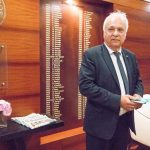