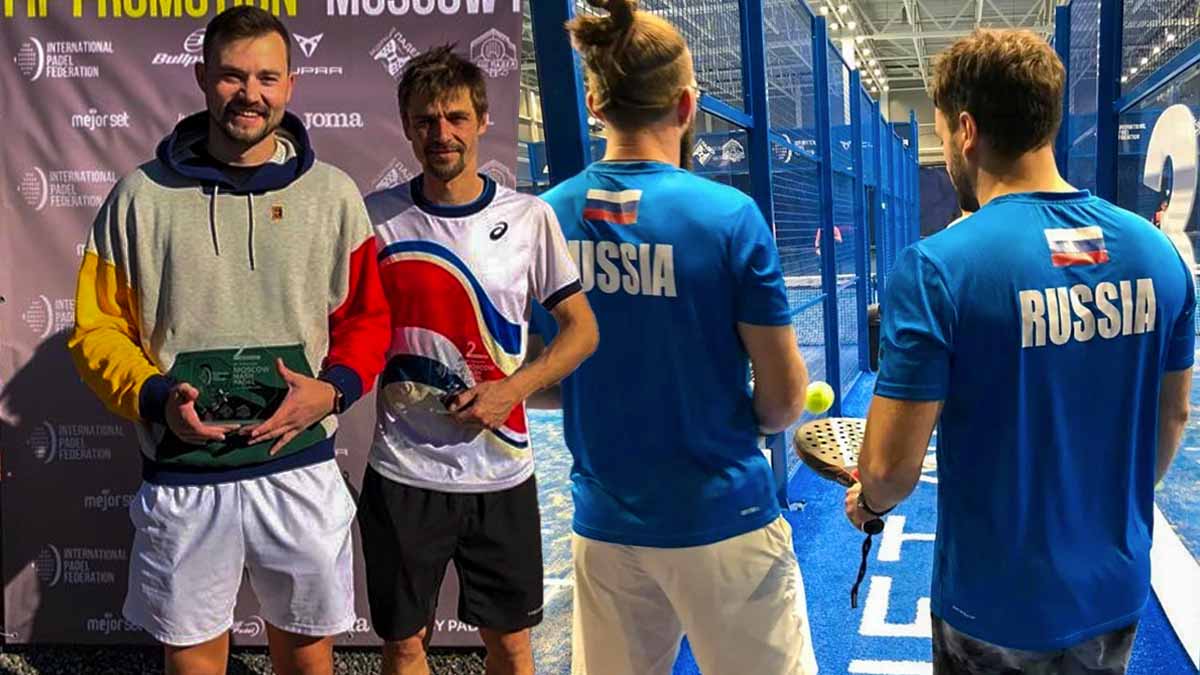 Vladimir Nifontov, the best player padel Russian, tragically saw the offensive of his country in Ukraine. Martin Nilsson de Padel Directly the meeting for the story of a Russian who puts the padel next to.

A career on hold

In Thailand to prepare for its season of padel, Vladimir has been forced to put his career on hold since Russia invaded Ukraine.

“Words cannot describe the current situation. A tragedy, but even worse. I think all of you in Sweden understand what I mean. Brothers die, families are broken up. This must stop. I haven't slept for five days. No one thought what is happening in Ukraine would happen, I'm very worried about my family and I'm trying to find a way to get home and help them. says Vladimir Nifontov.

“The three were arrested”

Question: How would you describe the last days, do you have a lot of contact with your loved ones?

Vladimir Nifontov:“I don't know…it's like a long blackout. I spoke to my parents once in a while, but not every day. It's hard to describe this week… My girlfriend was arrested, so I want to help her somehow.”

"She was in a square with her aunt where people were chanting 'Stop the war!' Suddenly, a guy standing near them was attacked by the police, and my girlfriend's aunt, who is 74, tried to protect him. The police then attacked the aunt and when my girlfriend reacted the three were arrested by the police.”

Vladimir Nifontov's girlfriend has two children whom he takes care of. He wants to help them as much as he can in this difficult time, but first he has to go back to Russia.

“They were with me on Koh Phangan but returned to St Petersburg two weeks ago. I don't know any Russian who thought what happened now could happen…”

“Russian dreams of padel are dead"

Vladimir's plan was to start the season with the FIP Star in Cairo, then to go to Marbella for intensive training.

“Now everything has been turned upside down. Russian dreams of padel are dead, like many other things”.

He tried to contact the Russian Federation of padel without success, but hopes that the Russians will be allowed to compete under a neutral flag in the future. At the moment there are no bans or restrictions for Russian players.

“I don't think Russian athletes should be punished with an international ban. Either way, the conflict will have a major impact on all sports, including padel, but elite players should be allowed to compete globally.”

"Russians and athletes just want to live in freedom and joy… it's 2022 and Elon Musk is sending rockets in March, but we're still at war and it's so tragic. I am totally against war. ", concludes the Russian player.