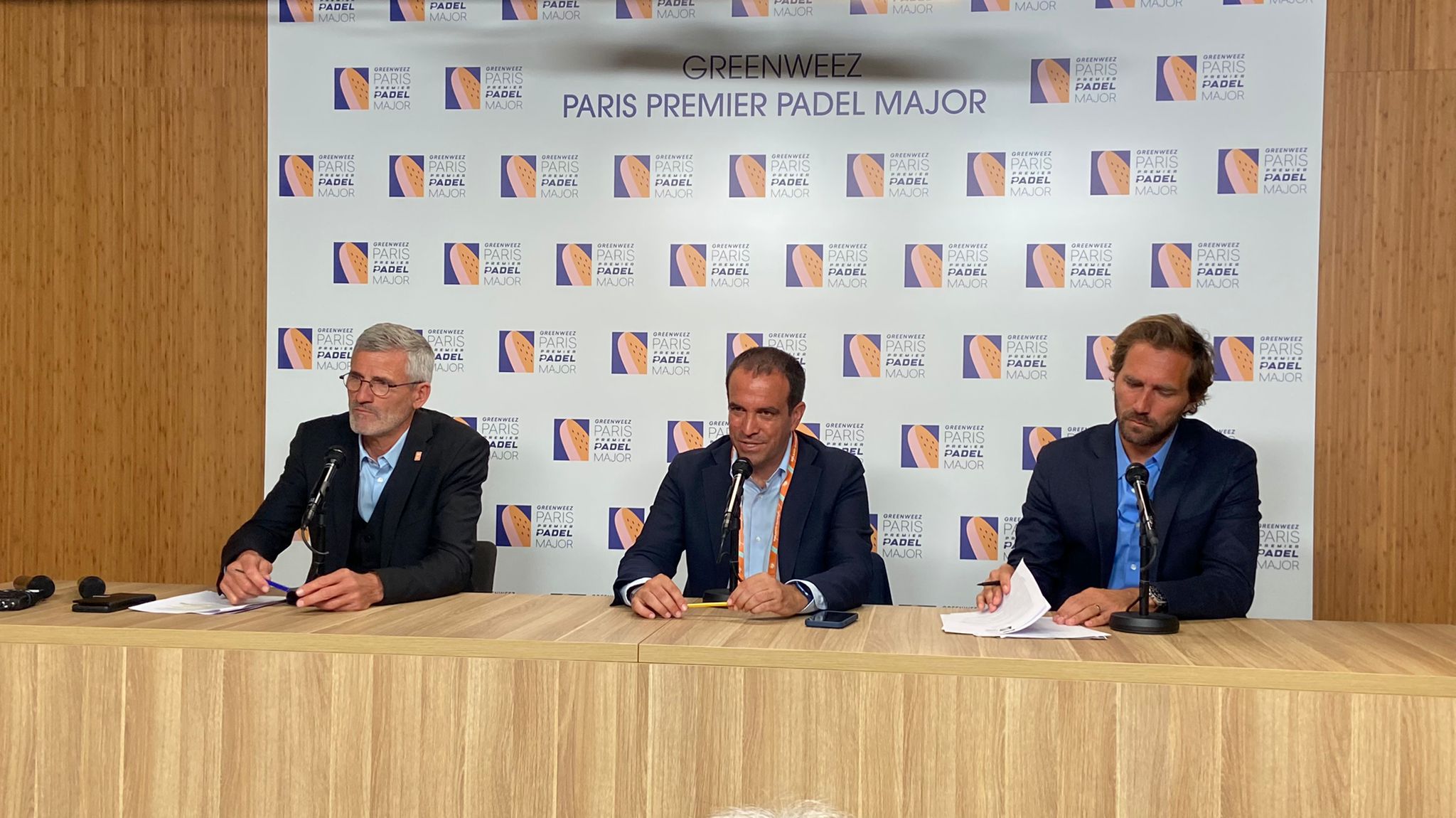 Gilles Moreton first returned to various themes of the development of the padel in France : “The French Tennis Federation, one could almost say French Federation of Padel, is very pleased with the emergence of the padel, which is growing at a considerable rate. There is a will at the federal level but also at the governmental level to develop this practice. In terms of numbers, we increased the number of leads by 25% padel in just 14 months. We now have nearly 1100 tracks, and we want to double this figure.

In fact, putting padel it is sometimes to revitalize the clubs, to restore conviviality, which we had sometimes lost in tennis. the padel comes to help in the strategy of the FFT to make the clubs more attractive. There is a great complementarity between tennis and padel. We have 300 practitioners of padel currently but only 23 classified. It's up to us to put on competitions for the masses, and show what the padel high level. This is the reason why we have chosen to offer this tournament.

The elected officials voted this “Grand Chelem" of padel unanimously. The new circuit Premier Padel is legitimate for us. Arnaud Di Pasquale will be the Tournament Director, in addition to his mission padel to the FFT.”

Luigi Carraro explains how the idea of ​​offering a Majo at Roland-Garros was born, and looks back on the absence of girls at Premier Padel : “It's a dream come true. This circuit was thought up 11 months ago, during a meeting with Arnaud Di Pasquale and Gilles Moretton, who had just been elected to the French Tennis Federation. The FFT is undoubtedly the most important federation. I listened to Gilles Morertton's ideas for the story, because the story of the FFT is an example of what must be done at the FIP. Gilles told me: "my objective is to make the biggest tournament of padel in the world at Roland-Garros. France will explain in a month what it means to play the biggest international tournament in the world!

Organizing an event like this is complicated because you have to do everything perfectly, but I assure you that the FFT will make the biggest tournament in the world. This tournament will see the best players in the world here.

The players watch tennis, and they all really want to play at Roland-Garros. This new circuit will always have its 4 Majors, which are the equivalent of Grand Chelem tennis. And the Roland tournament will always be there. France will become the world's greatest power in the padel.

With the girls the dialogue is done every day. In Rome many of them came and they found it a pity that there was no women's tournament. But at the same time they have to hurry. I am concerned for the padel feminine. Women should be with gentlemen!”

Arnaud Di Pasquale looks back on the more operational part of the tournament which will begin on July 11: “The FFT had to be part of the adventure. We had this sweet dream of riding the Greeweez Paris Premier Padel Major. Roland-Garros will have its “Grand Chelem" of padel. All tickets will give access to all tracks, including the central track, on the Philippe Chatrier which will have 8 seats. There will be a record prize-money in the padel, we want to take care of the players. Regarding the program, there will be 3 night sessions. The other days the matches will end around 21 p.m./22 p.m. We want to give a different color to Roland-Garros: only part of the stadium will be open, we will have a DJ, petanque, food-trucks. We want to encourage people to come and have a good time with their family, see sports, at affordable prices, between 15 and 50 euros a day."

Watch the video in its entirety below: