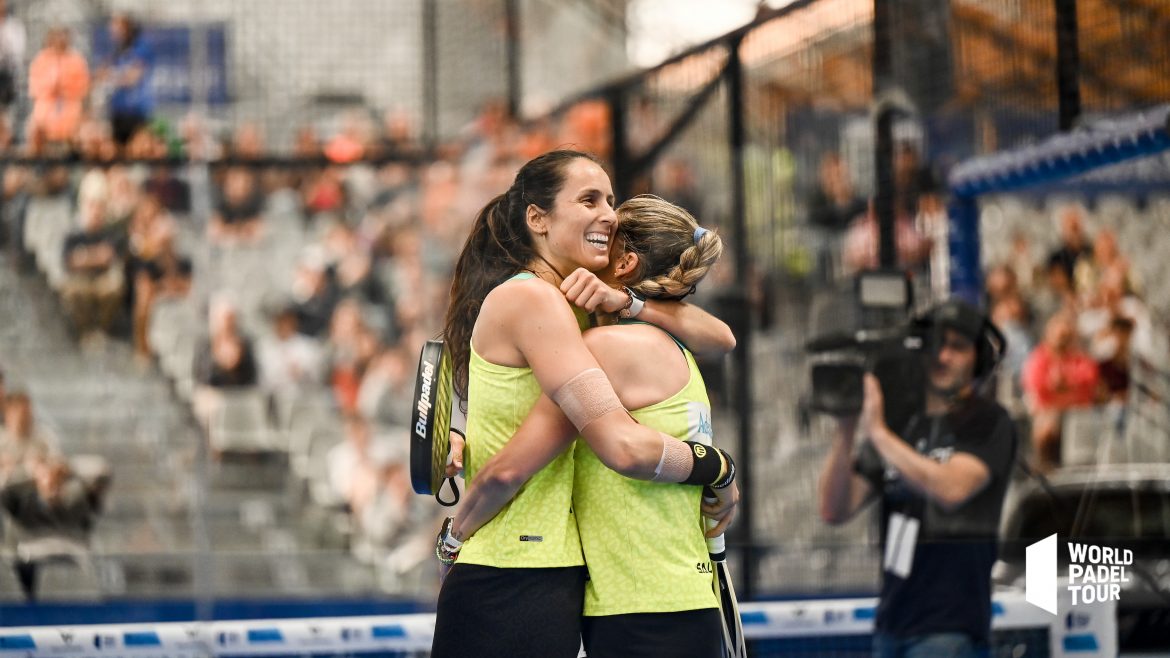 Abused from the start by the outsiders of the meeting, Alejandra Salazar and Gemma Triay lose in the first set. Rodri Ovide's players fail to find the fault with their opponents of the day. They pull themselves together all the same during the second round but are not far from being surprised.

Indeed while leading 5-0, the Spanish pair saw their opponents go up to 5-3, giving hope of creating a surprise. But it was without counting on the robustness of the numbers 1 which were solid when it was necessary to pick up a round everywhere.

Well-legged and full of confidence, Alejandra et Gemma unfolded their game during a completely mastered 3rd set. After a great battle the Spaniards won their 4th trophy of the season by winning 4-6 / 6-3 / 6-0 and were crowned queens in the Kingdom of Belgium.

The gentlemen's final which opposes Pablo Lima – Franco Stupazuk à Juan Lebron and Alejandro Galan will start in a few moments. It is available to stream for free at World Padel Tour TV.