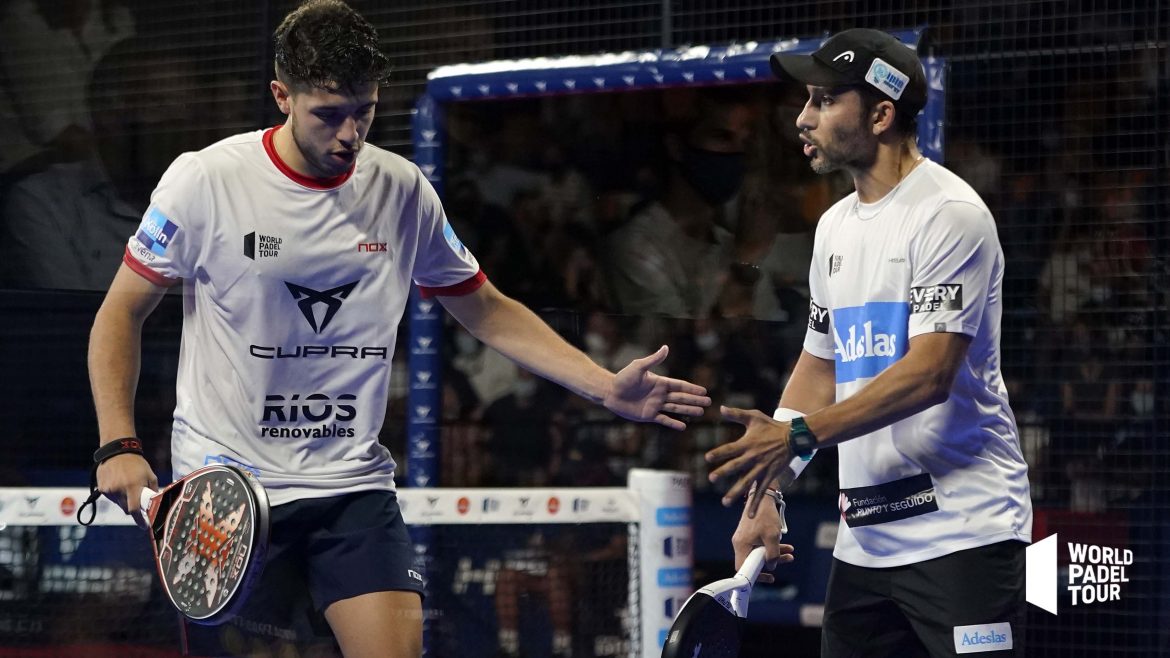 The favorites are at the rendezvous of the semi-finals of World Padel Tour Menorca Open and we will be entitled to the first test for the Gutiérrez / Tapia pair!

Uncompromising so far, Sanyo Gutiérrez and Agustin Tapia will pass their first big test tomorrow against the number 1 pair of the World Padel Tour : Lebron and Galan!

Victorious over Diaz / Mieres then Gonzalez / Rico in two sets, Agus and Sanyo, unlike the other two new pairs expected, are already at the rendezvous of the semi-finals.

This Saturday at the end of the day, it is the winners of the previous Lugo Open who will present themselves: Juan Lebron and Ale Galan. Are the Argentines going to offer themselves a first significant success?

In the other semi-final, we will find a real classic of recent weeks: the opposition between Di Nenno / Navarro and Ruiz / Stupaczuk. In the final in Cagliari, the latter won in two sets, before Paquito and Martin took their revenge in three sets at Lugo. It is therefore the beautiful who we this Saturday after the first women's semi-final.