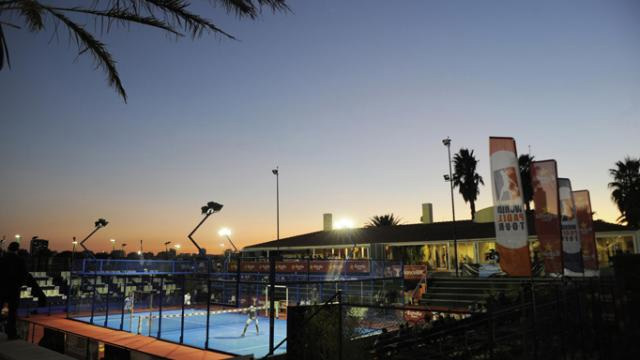 Padel Magazine - The Lisbon Open has indeed taken off. The top eight players in the world have once again shown their dominance on the WPT Tour.

With the exception of Sanyo Gutiérrez and Maxi Sánchez who had to put together a set, play a 3e set ended in the tie-break and finally come to grips with a decidedly dangerous pair to know Germán Tamame and Alvaro Cepero, the other matches are have gone smoothly for favorites.

The club "Lisboa Racket Center" has welcomed a public fan of the sport. The 1 numbers worldwide have shown once again that they were the best because even playing moderately, they were able to pass without a lot of sores. 27 consecutive wins, and they are not ready to stop. The poor opponents of the day, Bainad and Gisbert managed to scrounge 3 games (6 / 1 and 6 / 2). No more.

Meanwhile, the Princes leave 6 games to Marcello Jardim and Guillermo Lahoz (6 / 2 and 6 / 4). They send a message clearly to the global 1 numbers.

The surprise was rather the severity of the score between yet close pairs in the ranking and the game. Yet Cristian Gutiérrez and Matías Díaz have made a mouthful of Agustín Gómez Silingo and Federico Quiles in the crawling 6 / 0 6 / 2 .

Again, no big surprise, since the four best players in the world are in the semifinals.

On the other hand, a match particularly marked the day of Friday: that of Sanyo Gutiérrez and Maxi Sánchez against Miguel Lamperti and Maxi Grabiel. 3 sets 6 / 2 5 / 7 and 7 / 6 XNUMX sets a spectacular victory for "youngsters".

We want to say almost "of course", the Kings continue their way and see an 28e victory fall into the purse against Gaby Reca and Sebastián Nerone (7 / 5 6 / 3), while Cristian Gutiérrez and Matías Díaz have Paquito Navarro and Jordi Munoz: 7 / 5 7 / 5.

Finally, the world 2 numbers, Juani Mieres and Pablo Lima have offered too few options against the pair Adrián Allemandi and Fernando Poggi to avoid the debacle (6 / 2 6 / 1).

This Saturday at 17h30 at the Center Club of Lisbon, we will have the right to semi finals that look good.