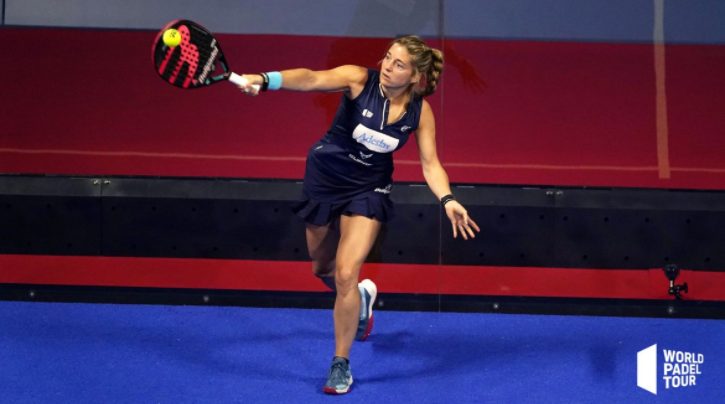 World number 1, Alejandra Salazar is initiating a new cycle in her career by starting an association with Gemma Triay. A pair that shakes the women's circuit, provided that the physical condition of the 36-year-old Madrilenian holds the shock of a 2021 season which promises to be particularly intense.

Since her terrible rupture of the anterior cruciate ligament of the left knee during the Master of Valladolid in 2017 which could have cost her the end of her career, Alejandra Salazar has made it a point of honor to take care of her body, more specifically during the pre -season where land work is a preponderant aspect of physical preparation.

Sponsored by Adeslas, who is also a partner of World Padel Tour, the player has been followed for 5 years by specialists thanks to her mutual insurance company. Over the years, she has enough experience to focus on the details that save her energy and maintain her peak form as long as possible.

During a medical visit as part of her personalized follow-up, Salazar mentioned the precautions she must take to last for several months: “As the years go by and due to the number of injuries I have had, my pre-seasons have forced my team to adapt. This is why we are preparing from the start of the year with a view to minimizing pain ”.

With a new pair and a new trainer, she shows a “Real enthusiasm of a little girl” on the cusp of a season which will begin in a few days in Madrid. After having achieved a beautiful year 2020 truncated by the global pandemic with 3 tournaments won in 5 finals played alongside Ariana Sánchez, Alejandra Salazar is approaching the new season with overwhelming ambition and its association with Gemma Triay, the world number 3, will be closely scrutinized because she is a scarecrow.