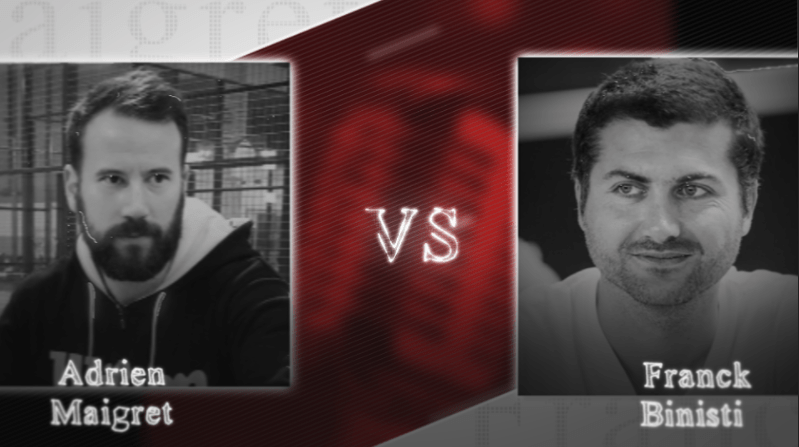 Adrien Maigret, vice-champion of France of padel, 2nd French player and 136th world player, will be the guest of Face-à-Face this Monday June 1st at 18 p.m. LIVE on Instagram.

How did Adrien Maigret get into padel tennis? Did he quickly feel that he could play padel well?

Was the final at Bois d'Arcy against Franck Binisti and Nicolas Houard a trigger? … And this famous point that we will try to show you during the live.

Adrien Maigret begins with his brother Julien Maigret. We saw the two brothers going far together. And then, there is a separation that may have surprised at first when we hear certain comments in the middle of padel… A change to play with Benjamin Tison. Finally a winning formula…

How was this evolution built?

We will also return to the professional padel circuit: The World Padel Tour.

At the start of the year, the Haziza / Maigret pair had to conquer France and even certain World Padel Tour events. Then there was the appointment of Robin Haziza as the coach of the France ladies team. Would he have validated with Robin Haziza, if he had known that he could not have participated with him in the world padel championships if they take place this year?

How did he welcome this nomination?

Did the European padel championships in Rome help this formation, this new pair?

Will this pair be renewed next year?

Padel Horizon and the history of snowshoeing…

We remember an incredible match at Padel Horizon. During an Open, opposite Trancart / Salles, we remember a racket that we kept elsewhere! A lost match with Julien Maigret. You seemed stronger and yet

To stay in the race, how is a padel week organized with Adrien Maigret? What does he do while the majority of top French players play in Spain?

Second part of the season

With the health crisis, all competitions were canceled. Clubs, but also a padel player, Jérémy Scatena, recently explained that it might be interesting to build a super big padel tournament which he called “pseudo cup of France padel”. For or against?

According to him, perhaps the Federation was too quick in its decision to cancel as of last March all the main padel competitions (FFT PADEL TOUR / French padel championships)?