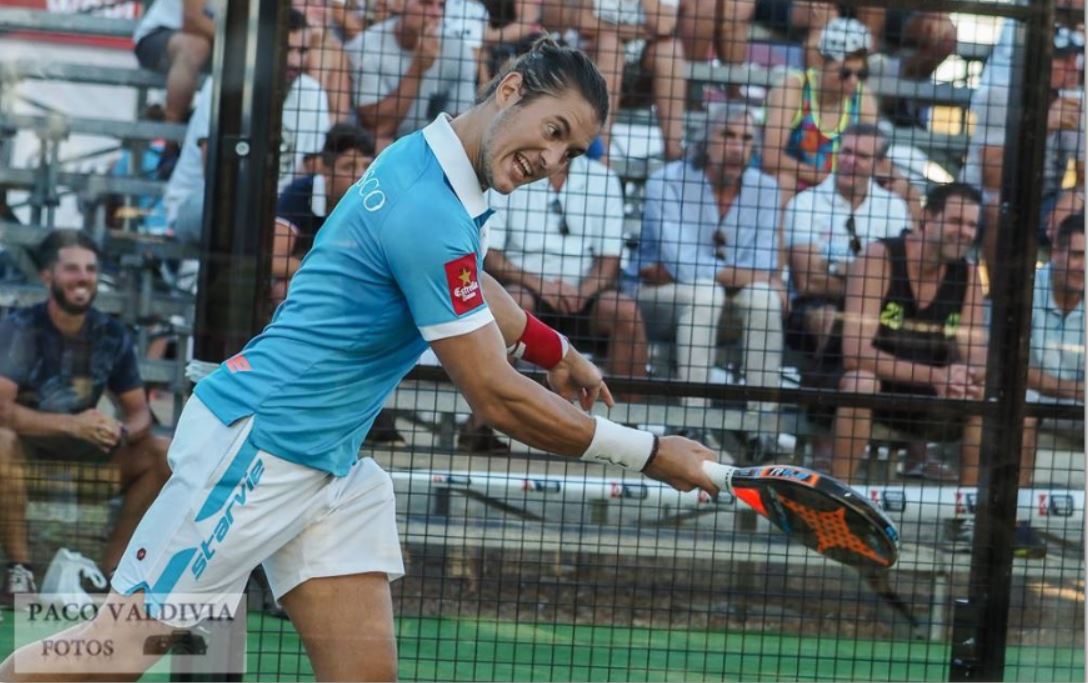 The young and talented Andoni Bardasco, former world top 20, looks back on his misadventures and gives us his opinion on the padel worldwide and of course on its ambitions now that it is operational.

Jean-Marc Heard: The 2016 season is already well underway, you come back from injury small reminder on your sports goals for 2016? 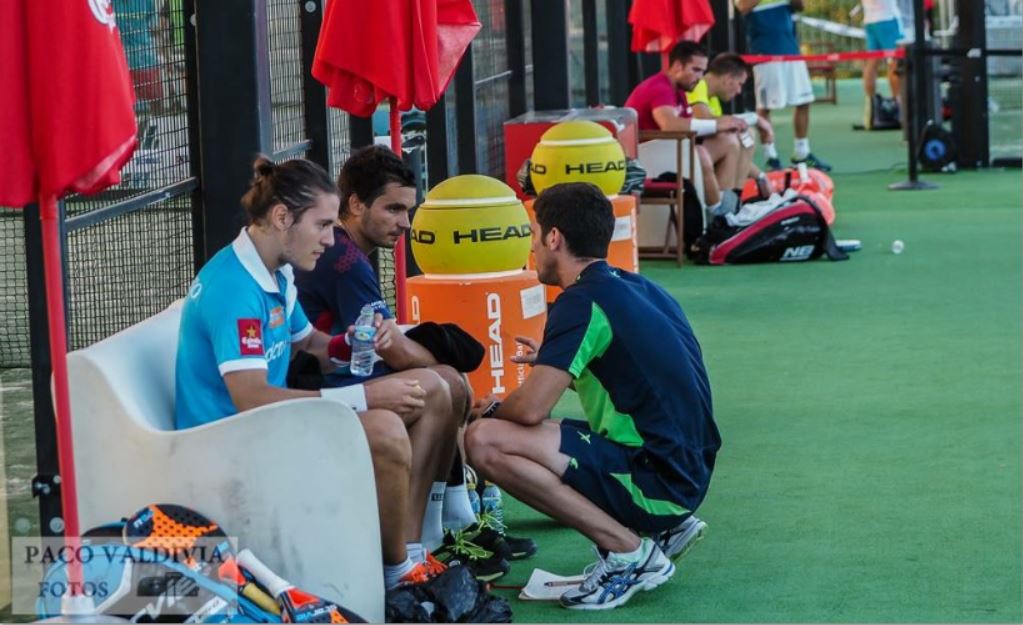 Andoni Bardasco - I attack 2016 without real objective since my wrist injury plunges me into the unknown. In terms of injury and recovery, everything went better than expected, however, I feel that I was unlucky when I kept my protected ranking (which allows me not to go through the pre-qualifiers during the first 6 tournaments). When I returned, 3 of my partners were injured and I had to successively face the masters F. Belasteguin in Valence and JM Diaz in Barcelona.

For a recovery, it was very difficult, the results did not follow, and I find myself ranked beyond the top 100, having to play the pre-qualif.

All is not negative, since I met a partner (Diogo Rocha) who made me want to fight each training and win all the meetings leading to the final table WPT.

When returning from injury, are things necessarily more complicated than normal? Does this have an influence on training programs?

In my case, it had a huge influence. I am used to having a very good physical level, and the resumption of training, I had the arm of a kid of 10 years! This forced me to resume the technical part very calmly, and to work in the gym to regain my physical strength without altering the saix parts of my body (elbow, shoulder, back). 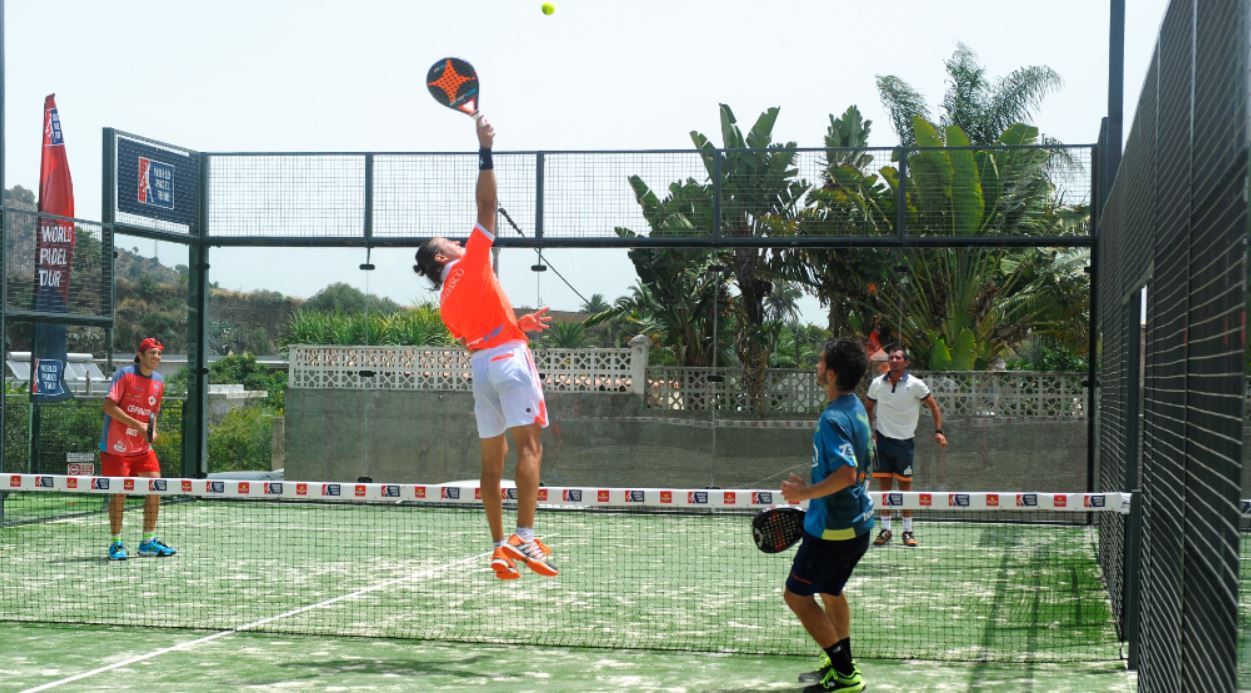 We imagine that if the results do not follow, the changes of partners are almost immediate ... since 2015, the pro circuit is in full swing!

It depends on the cases and the players ... I think that a pair is a team, and that if the results do not arrive, the only solution to correct the defects is through the work.

Lots of pro players from padel fear playing the qualifiers, change partner as soon as they lose a few points to ensure the maintenance in the final table. It also depends on the moment of the player's career and his personal goal: the player with big ambitions will be more interested in the quality of the partner rather than his capital points; and conversely… the player who tries not to drop down in the ranking will do calculations to not lose places and choose the suitable partner.

Do you notice an evolution, changes on the WPT circuit?


The WPT circuit has become increasingly professional and this is excellent news.

On the media side, the growth of the circuit is not going unnoticed, and I would say that the padel it occupies an increasingly important place. 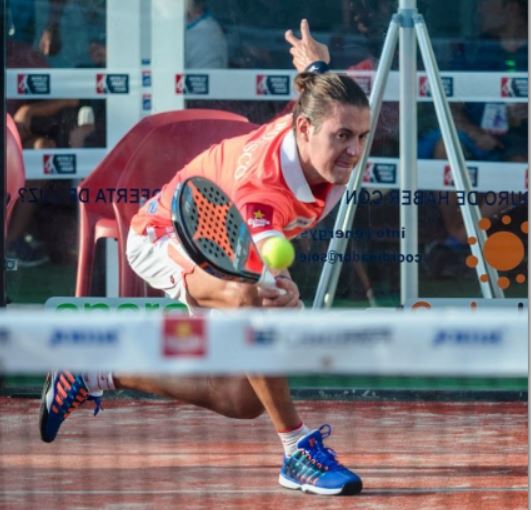 … As an observer and a Sunday player, I observe that the level present on the previas and Challengers is very high… with very disputed matches and an intensity almost higher than in the table…

Yes, even if we speak of the "not top" pairs of the circuit, it is certain that many players accustomed to the final table would not manage to systematically pass the qualifiers.

I was able to check it since it is the third time I start a season outside the top 100 (the first was in 2009 when I was 16 years): everything is easier when we are in the table final. The qualifying and pre-qualifying matches are always very tight, you have to play 2 a day and so on.

You are from the Basque Country, tell us about the contrast (s) you observe between the padel French style and padel, a real sport for everyone in Spain.

In France, you do not play padel (laughs)… but rather talk about tennis in a small court. No worries, the situation of padel in Spain was comparable a few years ago.

Our great luck is to have been able to count on the arrival of Argentine players and coaches: the language barrier did not exist and things were done quite easily.

I imagine that little by little, in France, the practitioners will be inspired by the players of padel, and that young people will have the opportunity to learn padel in a specialized school.

In France, the padel sport in the blossoming phase, recently integrated by the FFTennis which counts its figures and some achievements (H Euro FIP title + HF 2016 world qualification)… the FFT finally seems to promote competition (tournaments endowed with €, revsion of the game format)… as well as the leisure approach ...

I do not know if it's a good idea to let the wolf take care of the sheep ...

In Spain, yes the padel has “stolen” some amateur tennis players, but it is also a sport that has allowed people who did not want to move to start a new physical activity!

The FFT undoubtedly has the means to develop padel… Remain to answer the crucial questions: how the FFT will envisage the future of padel? What importance will she give it? Etc.

So what is missing for France to catch up?

I do not think it is a question of delay, France as a whole is still in the discovery phase, the level will gradually increase.

The generation that is currently learning will pass its knowledge on to young people, and the latter will really play padel.

From my point of view, it's very complicated to have tennis players play at the padel, and let's not talk about the other way around!

We must make young people want to embark on padel, and set goals. In my case, very young, I get my motivation from the presence of the WPT in Bilbao, and see good regional players evolve, I identify myself and that pushes me to progress.

Is not the formation of the younger generations an essential point?

Of course, it is still necessary to have the means and the knowledge to be able to train!
… The passage “training” in Spain is compulsory?

Some French players who came to Spain.

Two solutions: either the players come here, or the clubs where the FFT move technicians able to transmit their knowledge, in France.
What would be the alternative (going through the training box in Spain)?

Here is a way that worked in Portugal where the federation (FPP) organized a competition group gathering the best players (including Diogo Rocha, my partner): in addition to economic help to ensure their presence on the WPT circuit, the tops players rely on the coach Juan Manuel Rodriguez (former top 30 WPT) as captain, referent who also officiates as trainer for local coaches.

Do all the players of padel Spanish / Portuguese / Argentineans are also competitors, even for a carambar ?

I can not talk about others since I do not know everyone.

For me, as soon as you bet a little Coke, my pride compels me to win! 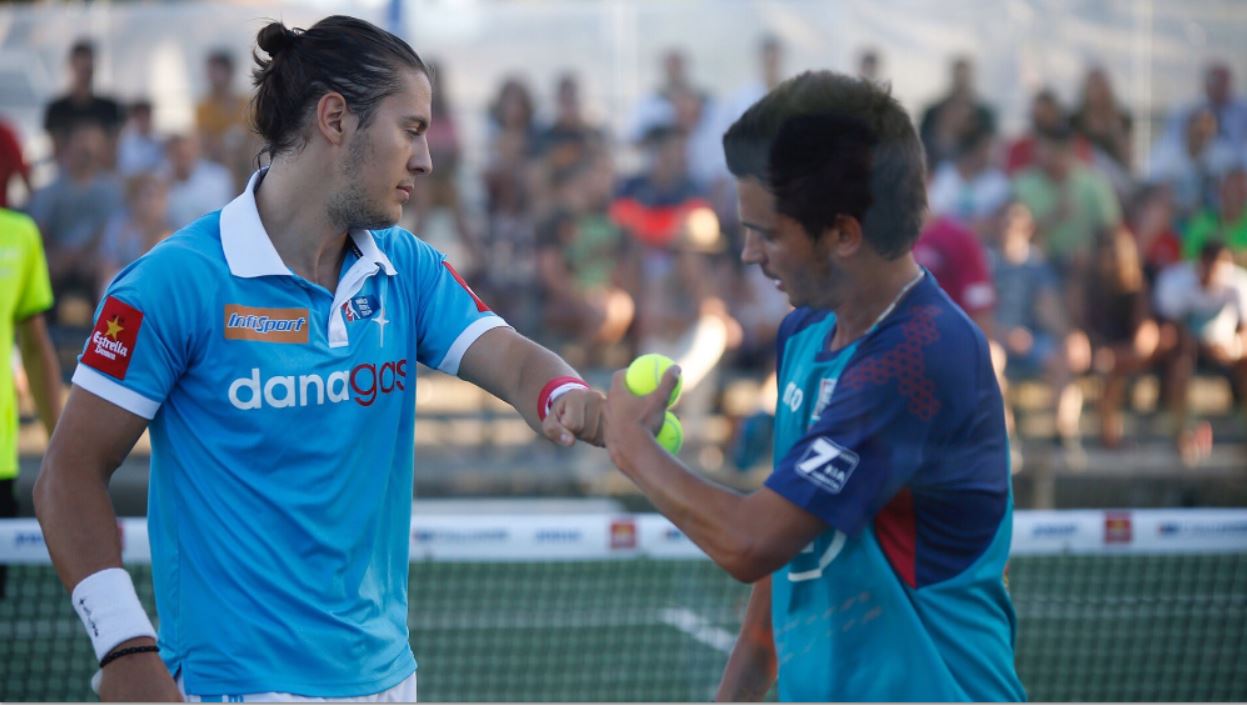 Finally, to conclude, a club, a person in particular, a brand that you want to thank?

My family is very important to me, and I have the best friends we can have ... it is they who support me and who have been beside me in the complicated moments. And of course, brands that have maintained their confidence after 3 years of galley and 2 wrist operations: Star Life, Danagas and Infisport.

From the Madrid Challenger, I will start representing 1 new sponsor, Angola Invest.