Bastien Blanqué is back to Madrid after his preseason spent at Toulouse. He announces his partner for the WPT, tells us about his association with Thomas Leygue and the departure of Scat.

A new project with a Spaniard

Lorenzo Lecci Lopez: Can you tell us who you will be playing with on the WPT?

Bastien Blanqué: " I will play with Borja Yribarren, a left-hander who is 110 at WPT. It was my coach (Ramiro Choya) who found it for me in a few phone calls. He has experience, he was 35th in the world. According to my coach, this is the profile that suits me well, on and off the pitch. We finalized this in mid-January, it's a great project. ”

Lorenzo Lecci Lopez: Did you start playing together?

Bastien Blanqué: “No, becausehe is not in Madrid. We stalled a week of training in March, he will be able to go down to Madrid and train with Choya and me. The first stop of the WPT is in Madrid so we can settle down a few days before. ”

"I have no apprehension or stress over it. Training for a week or two will do it well. It's true that it's always good to train with your partner all year round but as it is an experienced player, and that I train with Choya who knows him well, it will be fine. ”

Lorenzo Lecci Lopez: What will you aim for on the World Padel Tour ?

Bastien Blanqué: “I don't know at what stage we will be in pre-previas. To see if we skip a lap or not. I did not calculate the points. I hope we will do some previas, and go as far as possible. As a first step, take the first 2-3 matches and take our bearings. We want to beat a few seeds to go to previas. If we can dream more we will go! For me the objectives are there and the motivation is there so if I have the chance to go further I will go without hesitation. ” 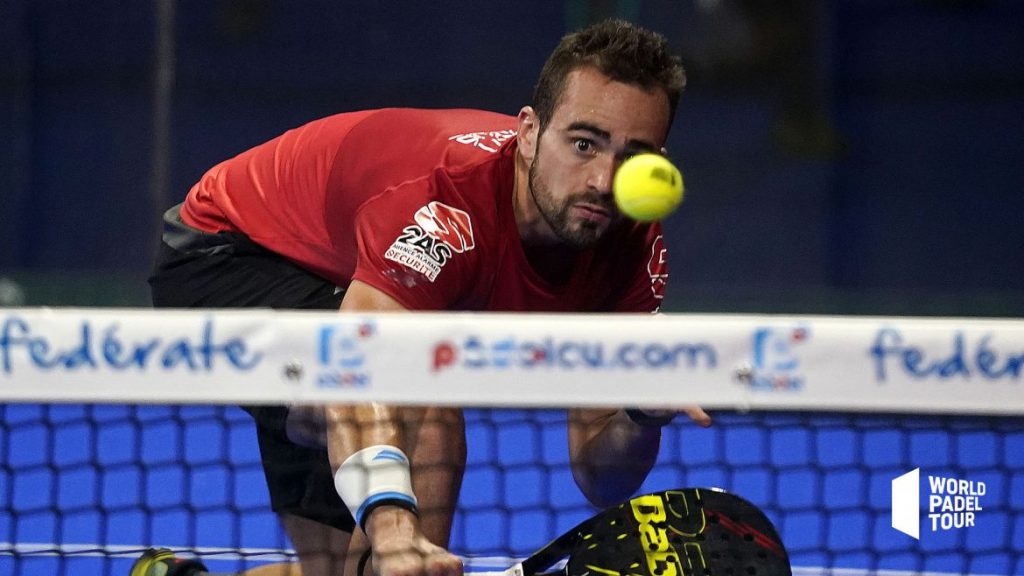 Lorenzo Lecci Lopez: On the French circuit, you will be associated with Thomas Leygue. What will the objectives be?

Bastien Blanqué: "With Thomas is a long-term project. He's 19, he's young, he has great potential and things to work on. I believe in our project and I believe in it. “

“I hope that the tournaments will resume in France. After he has the 19th anniversary and I do not have 25, so we are young people on the French circuit. Of course the goal is to go look for the titles of Champions of France, but if that doesn't happen this year, that's okay. It's a long-term goal, but we're not going to hide behind it, and we're going to try to go take the P2000 to get closer to the French n ° 1 place. ”

“We left on 2 3-years. He came to train in my group now with Ramiro, so we started training together. I know what Choya is capable of, and what it can bring him. I know what we can bring. I open my whole team to him to work. It's an interesting long-term project and we will come back motivated. ”

Lorenzo Lecci Lopez: What will Thomas bring to your game to make you efficient?

Bastien Blanqué: “What we want to offer, and what we discussed with ChoyaIs un padel more modern. Ramiro was the first to propose Juan Lebron and Paquito Navarro with Lebron on the right. We want un padel who goes faster with two fairly physical players. We are in this profile, even if I am on a padel a little older. ”

“I want him to bring me everything I don't have, everything padel modern and explosive that he has. He is a talented youngster, even if he has shortcomings that he has to work on, and so do I. I think we can complement each other well. I will bring the experience that I have now with this padel modern I'm learning. Will bring him his energy, its youth, its ardor and its qualities." 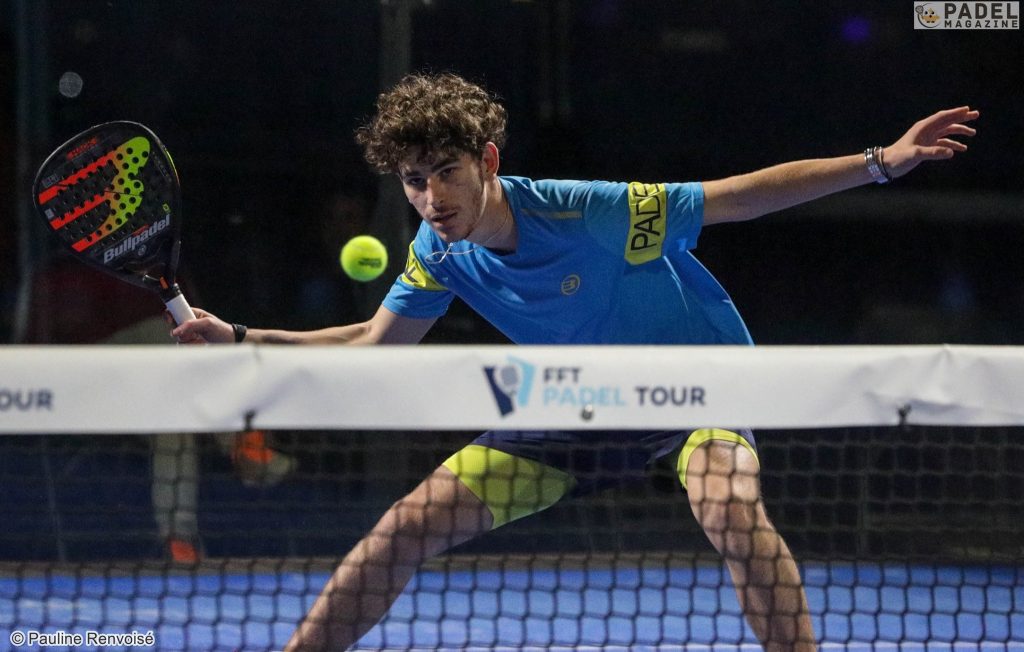 “Scat wants to be able to do the show”

Lorenzo Lecci Lopez: Let's talk about Jeremy Scatena's decision to leave the WPT to join the APT. What do you think of his choice? Will others join him? Do you see it personally?

Bastien Blanqué: "Scat had already told me about it, because the WPT is a difficult and closed circuit. If we are not in the final table, it is complicated to enter, and the players are very protected. Jeremy is a player who wants to have fun, to do the show as he knows how to do, simply play with his qualities. ”

“It's a circuit that will suit him well, because he will certainly manage to enter the tables and have fun, and earn some money. It's a choice I respect, and I wouldn't be shocked if other players left the WPT. "

Lorenzo Lecci Lopez: Scat says the French are not treated well on the WPT. Do you have the same feeling?

Bastien Blanqué: "When I arrived on the circuit, we were immediately looked at strangers. Jeremy has some concrete situations with referees, and it was hard to take. The French we find ourselves playing in the back grounds of the club a few times. Me last year I played with Jordi Muñoz, with Marcelo Jardim, so I don't know if it worked, but i can't say i was mistreated on the circuit. After it's true that it is a very closed circuit which is struggling to develop in the world. " 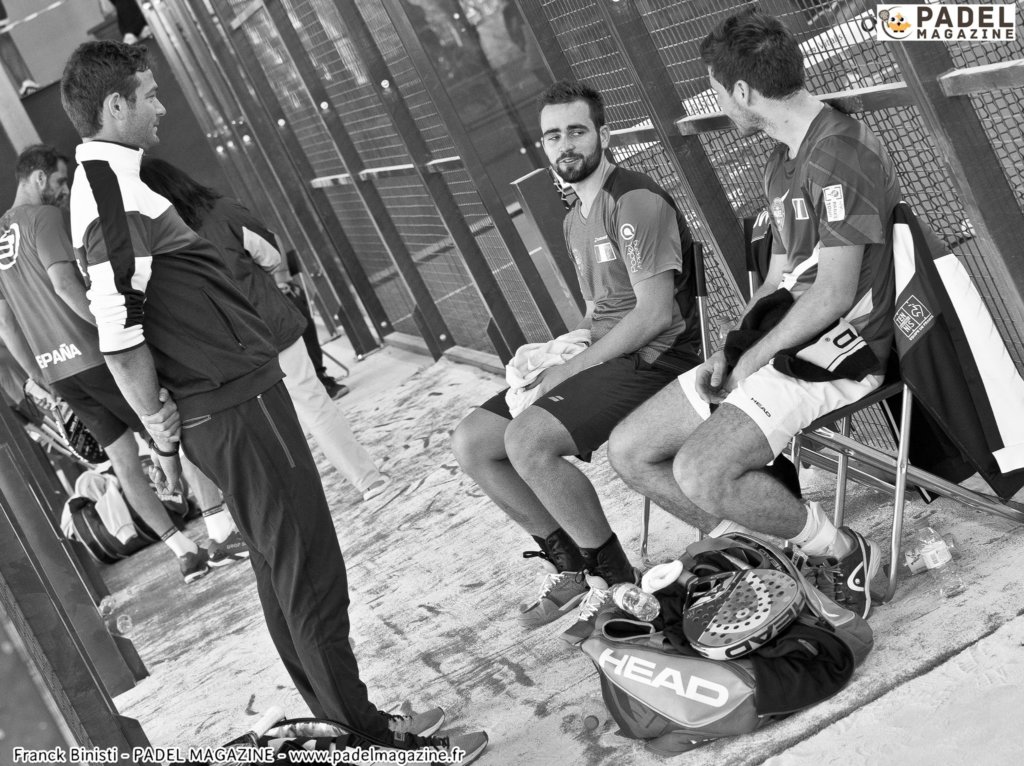 “Everything is open to have a good season”

Lorenzo Lecci Lopez: Tell us about your pre-season. How do you feel physically?

Bastien Blanqué: “I came home on Toulouse December 21, and I took a 2 week vacation. I resumed on January 4 in Toulouse with my physical trainers from Toulouse Pro health center, I thank them besides! We did 4 weeks of physical training in Toulouse. I did a week of internship in the Pyrenees which allowed me to cut, and I returned to Toulouse for 3-4 weeks with physical training and padel. "

“I came back to Madrid for 3 days with Ramiro Choya. There is still one month and a half before the first tournament of WPT. I feel good physically, and mentally. Everything is open to have a good season. "

Lorenzo Lecci Lopez: A few days ago you signed up with Stade Toulousain. Tell us about this project.

Bastien Blanqué: "The Stade Toulousain tennis is a big club that has set up 3 tennis courts padel. The presidency has changed and the project padel expands with a fourth plot. I called the president and we came to an agreement. I will do some entertainment there, I will represent the club, and I will train there. It's a great project that has a big image in France with rugby. ”

"Hugo gaston also signed after his Roland Garros, and there are a lot of very good young players. Hope this can help the development of padel, that we do some competitions and some noise in France. ”

You can find the interview in picture just below: