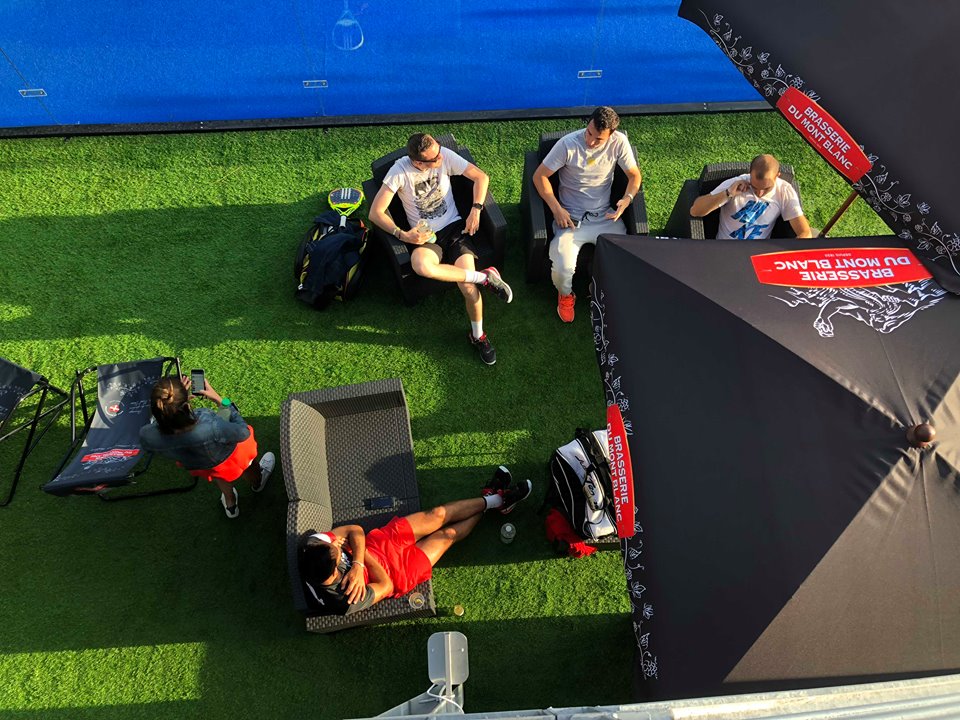 The first big Open Esprit Padel - Flexperts is launched. The official inauguration of the club should take place at the end of the day. Focus on the 3 tables of the ladies, gentlemen and mixed competition.

Will we have the 3 act in gentlemen?

Of course, the favorites of the competitions are two of the three best French pairs: Blanqué / Bergeron and Tison / Maigret. Many even hope for an 3e confrontation between these two pairs of Team France.

But beware, we know the pair Ritz / Ferrandez is working hard to catch up with the "top three". (With Haziza / Scatena). And she could find the road Tison / Maigret in the semifinals.

At the bottom of the table gentlemen, the pair Bergeron / Blanqué seems programmed for the final. It's hard to see which pair could push them. We expect a good quarter-final between Authier / Gauthier and Boulade / Le Panse.

Note this probable 8e between the Corbelli / Pequery very dangerous pair and the inevitable pair Fouquet / Moreau who is still not a seed (!) ...

No surprise expected in the ladies

Esprit Padel is fortunate to host two unique pairs in France. The pair Collombon / Pujals will take its first steps on the French circuit. If we obviously know the pair Alix Collombon, the champion padel title (Beside Jessica Ginier), we may be less familiar with the Spanish partner of Alix on the circuit of World Padel Tour Sara Pujals.

They are on paper the favorites of the tournament.

At the top of the table, we will have a pair 100% NOX with the great Kristina Clément associated with one of the best players in the world: Gemma Triay. This pair is also expected in the final.

Mixed side, the table is certainly more open than 2 Open. If the two pairs Sorel / Miotto and Martin / Ilg will be the two most dangerous pairs of the tournament, we can see the pair Squarta / Guez and Lopez / Guisier make a hit in this table.

The mixed padel tournament will take place on Sunday.