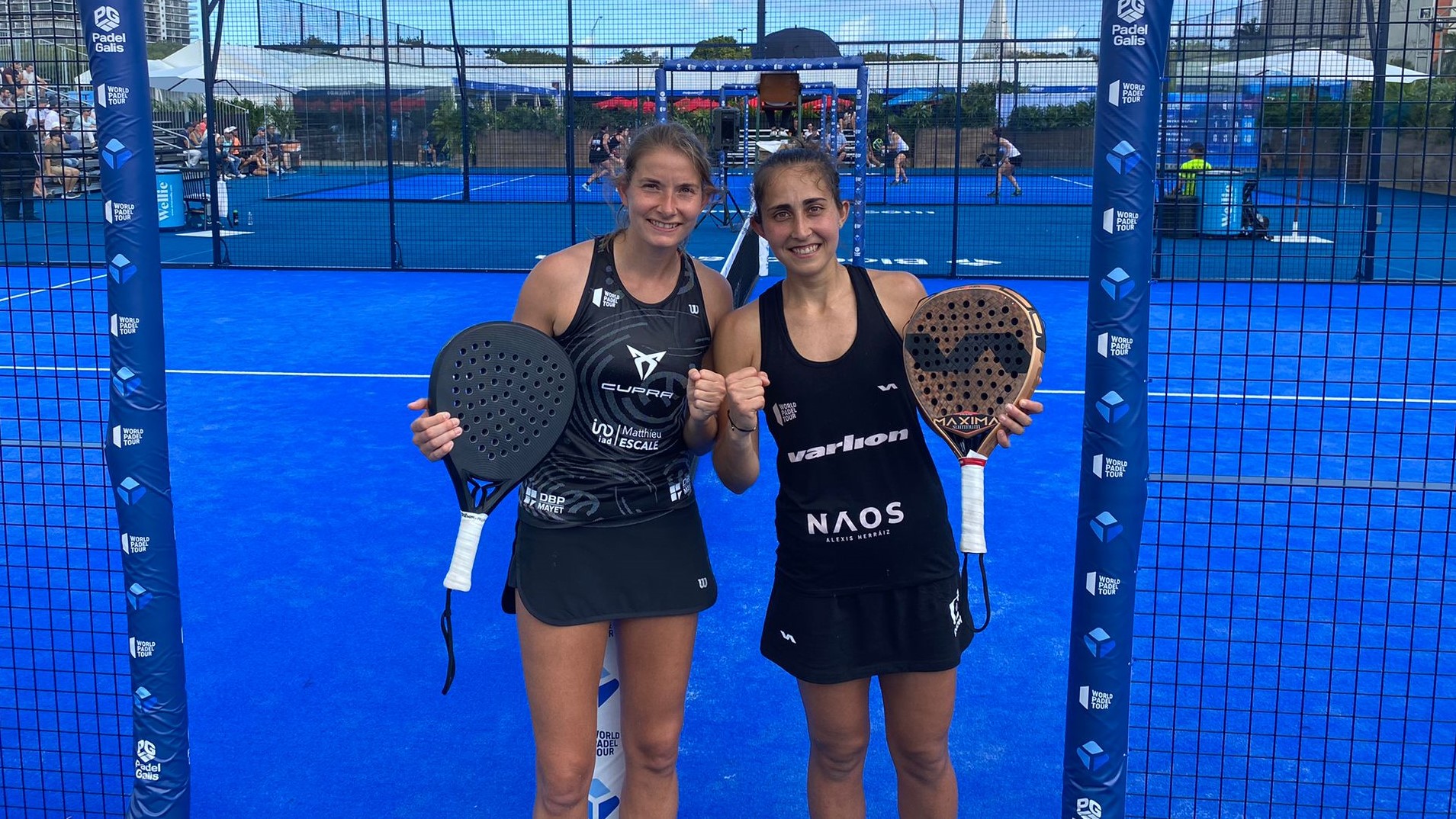 For the second time in their common history, Jessica Castello and Alix Collobmon will play a quarter-final on an Open du World Padel Tour.

After having waited until the penultimate tournament of the season in 2021, this time they manage to achieve this performance in the first competition of the year: the Blockchain.com WPT Miami Open.

Very satisfied with their 6/4 6/3 victory against Brea/Bidahorria, they look back on their match on our microphone and start the match tomorrow, against Sanchez/Josemaria, a pair they know well...

Jessica Castello: “We are very happy with the game that we did. It was a very difficult match, in difficult conditions, but we are satisfied with the work done and to come away with the victory.

Alix Collombon: “Delfi is a very solid player, who had a great 2021 season. The tactic was to play more on Julieta, try to put pressure on her, to frustrate her a little. But this tactic should not be exaggerated either. I think even though at times it was a bit difficult, we did it pretty well in the end. “

Jessica Castello: “It's obviously a very difficult match tomorrow against two girls who are playing very well. Paula is very aggressive, Ari has incredible ball quality, a lot of talent and she does what she wants on the track. The key in my opinion will be to impose our game and make it difficult for them. The fact of playing outside can benefit us a little because they will necessarily be less comfortable. We're going to give it our all and see if we can take a set from them…or more!”

Alix Collombon: “When we lost to them in the quarterfinals (in Cordoba), we failed to maintain our level in the first set. After that it got complicated, we had lowered a bit, they had raised their level of play a bit, and in the end that's the difference between them and us. Tomorrow we will try to hold on longer, longer, and as Jess said, it's different conditions outside, it's always a little more difficult for everyone. We will give everything no matter what, now we will rest well and prepare for the game with the coach.

To find the interview in its entirety (in Spanish), it happens just below: