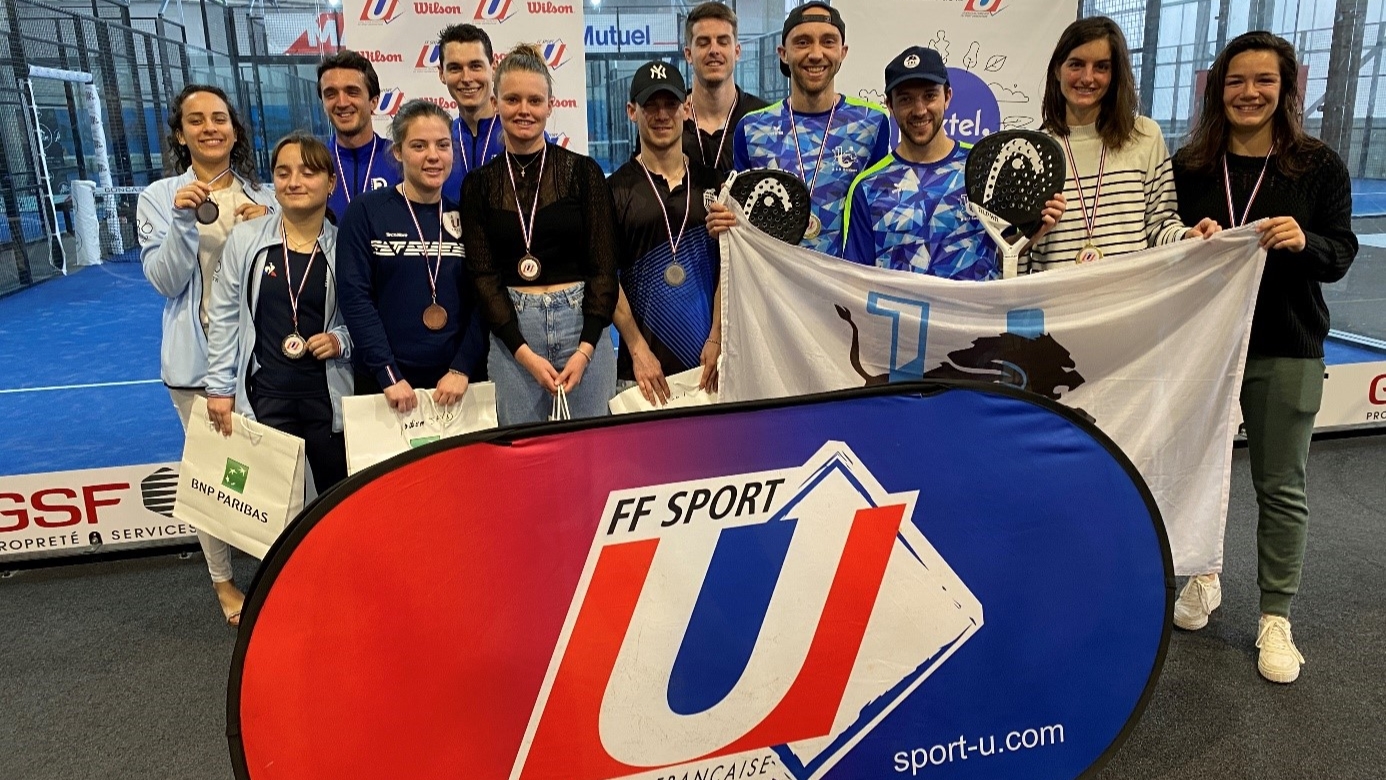 A few days ago stood at the All In Academy, superb center of padel indoor located in Décines, in the Lyon suburbs right next to the Groupama Stadium, the third edition of the French University Cup of padel.

Before ending up in this final phase, these teams had to decide between themselves during the qualifying phases in their respective regions. With the aim of promoting the padel in the university world, the French Tennis Federation had approved this tournament in a P500 format.

And the least we can say is that it was the people of Bordeaux who were in the spotlight. Indeed it is the University of Bordeaux which won the victory for both men and women. The BAHEZRE DE LANLAY/MARCARI and VANBAUCE/DE MEYER pairs flew over the competition by winning all their matches without conceding a single set to their opponents.

The competition ended with the award ceremony in the presence of the president of the Rhône tennis committee, which was a partner in this Coupe de France. The AURA university league also thanks its sponsor, BNP Paribas.