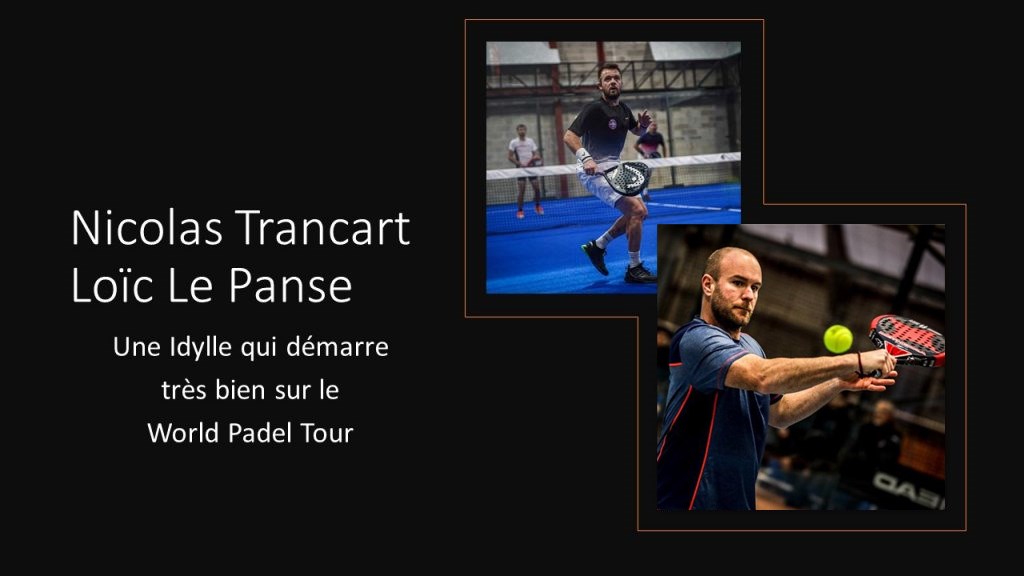 French players, Nicolas Trancart and Loïc Le Panse have teamed up for the Master of Barcelona this week-end. First association on the professional circuit and first victory with good feelings.

The French pair returned to this beautiful introduction.

Loïc The Panse : “Nicolas Trancart plays with Thomas Leygue. Now when it's available and I come down to Spain to play on the professional circuit, chances are we will end up in the tables. ”

Nicolas trancart : “Do not say that I am changing my teammate and that Loïc Le Panse becomes my official partner! “(Laughs)

Loïc The Panse: “This Masters in Barcelona made me want to continue the adventure in Spain when my schedule allows. The most difficult is especially to get into the tables, because even if we start from the very beginning, that is to say, the preprevia, it is still complicated to enter. You need points. With this master's result, it is already a first step.

I will try to do the last two open of the World Padel Tour : Alicante and Vigo. But you have to be able to return. We'll see.

And I may do them with Nicolas Trancart if Thomas Leygue, his partner, cannot be present. ”

Return to France with experience

Loïc The Panse "Today, I am no longer a coach at Casa Padel. I hope to find an ambitious, interesting project and to bring the experience that I acquired during these 3 years in Paris.

I want to go to the south of France with my family. The ideal would be to find something in the padel in the south. We will see."

Nicolas trancart : "Concerning myself, I still allow myself time in Madrid to enjoy and gain experience in coaching.

And I hope to find a club when I come back so that I can bring everything I have learned from Rodrigo Ovide, my coach who coaches a lot of players from the World Padel Tour. "

Loïc The Panse : “I will also use my 'free time' to go train and gain experience in Spain.”

Nicolas trancart  : “It's hard to project yourself in France. The P2000s are canceled and we are not so sure we want to travel for P1000s. Travel is expensive. Making all the big French tournaments is a huge investment. And unless I have partners, sponsors, I will not come back to France for regional tournaments. ”

Loïc The Panse : “I had already won a 1st round on the professional circuit. But in a Master, it's a first. What's more in Barcelona. The competition is very tough there. And skipping a lap is already a feat. We play players who have a lot of padel behind them. So you have to adapt and play with your own weapons. ”

Nicolas trancart : “As Lolo said, we had a very good game and it's an adventure during this Barcelona Master, even if we hope to go further.”

Loïc The Panse : “We played against Oscar Vazquez Fernandez. I know him well since he was one of my first partners on the World Padel Tour. We had also managed to spend a tour in preprevia (Murcia 2018)

Emilio Sanchez Chamero is a 17-year-old youth world champion. A very promising player. But we didn't know him. ”

Nicolas trancart : “We played a very solid game. We missed very little and we managed to be efficient in the important moments. ”

Loïc The Panse : “I think we can consider it a reference match between Nico and me. We were very complementary. ” 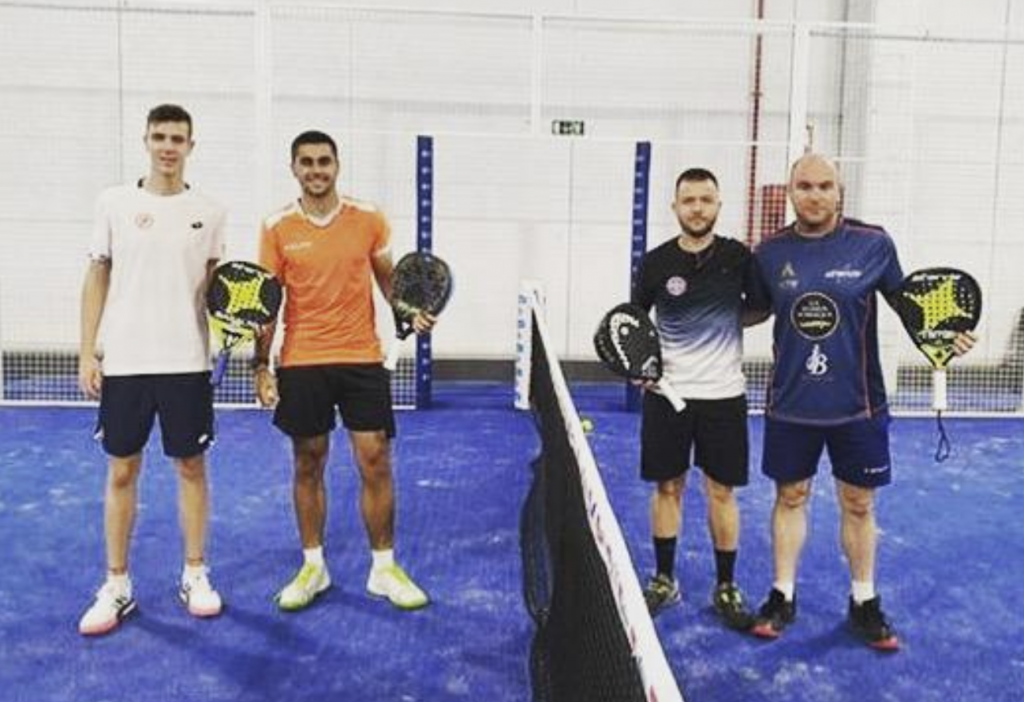 Nicolas trancart : “The second round was harder. José Solano Marmolejo and Miguel Benítez Lara were very strong, a bit harsh score because we lost 5 “punto de oro” but that's the game, they were really stronger we have nothing to be ashamed of. ”

Loïc The Panse : “Yes louder and at this level I only play it very occasionally. But we're going to change some things.

I will take advantage that Bastien Blanqué and Nicolas Trancart are in Madrid to go train for the next few weeks. To follow training and match at this level there. It's not simple. We have to find the rhythm. There is a regularity that is not always found in France. The ball always comes back. I think that in France, we have a lot of room for improvement and that's what I went to look for in Madrid. ”

Punto de oro: for or against?

Loïc The Panse : “We have to adapt with the rules. But over a year, that doesn't really change. Even if we all prefer a classic throwback. ”

Nicolas trancart : " Yes I agree. It balances out enough but mentally it's hard enough because you really don't have the right to give a point. They are all important. ”