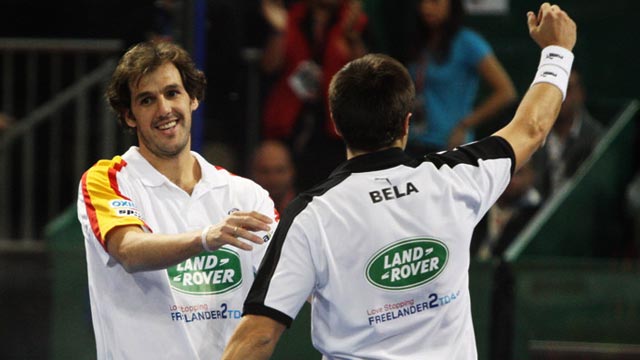 Padel Magazine - It's a page that is turned. Fernando Belasteguin and Juan Martin Diaz, the most successful pair in world padel, have decided to end their collaboration after more than 12 years of uninterrupted success. This common career will end after the Master in December.

How does a pair who wins so much and who is unquestionably above the fray make the decision to stop playing together?

First of all it was common knowledge that these two players were not necessarily the best friends in the world. The training was done on their side and they were only found for padel tournaments.

However, these two champions also explain that they want to finish their story on a good note. The "kings" were generous in the effort. The results also. But there is a moment according to them where to stop. To stop when you are at the top of the bill.

The competition could finally breathe and win more WPT stage. But it will have to wait until the whole year, because until Master, "Los reyes" intend to show that they will stop at the top of the padel world.