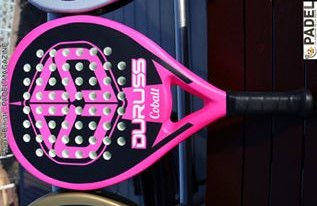 We have been many to test Duruss snowshoes. and the least we can say is that they have the look. Duruss Cobalt certainly more with its pink color that does not necessarily mean that it is only for women.

A racket with a maximum of control

Make no mistake. It's a racket mainly for defenders. She has a sieve that allows him to cash a lot. Conclusion: its maneuverability is increased. Despite the fact that it is a weight in the head, it remains totally under control even if in front, the conditions are fast.

A racket that can show off its claws

She does not have control. And that's very good thing. If it's a program rather oriented towards a right player, ie, rather for a defender, there is in this racquet all that is needed to hurt if the opportunity arises.

Small negative or positive point according to the points of view

It's a racket that seems a little too stiff for untrained arms. Be careful the racket is obviously very malleable. But if it addresses women in priority, no doubt that men find this racket particularly interesting too.

On the technological front

The Duruss Cobalt has nothing to envy other competitive racquets. It embeds fiberglass at the level of the sieve which gives it this famous roughness (but which remains less dry than the Varlion for example). It is a robust full carbon racquet. It is obviously round which gives this serenity. The eraser used is like the others an Eva gum. its weight varies from 365 to 375 grams.

Who is this racket for?

Rather players and confirmed players. Because to use all its potential, it is interesting to master all the shots.

For advanced players (especially experienced players), if you need control, while still wanting a racquet with a racquet, take it. 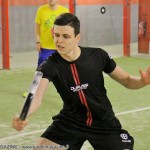 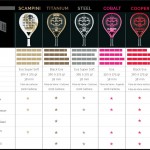 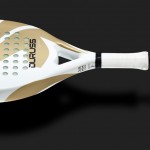 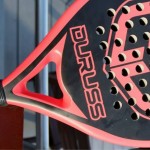 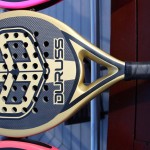