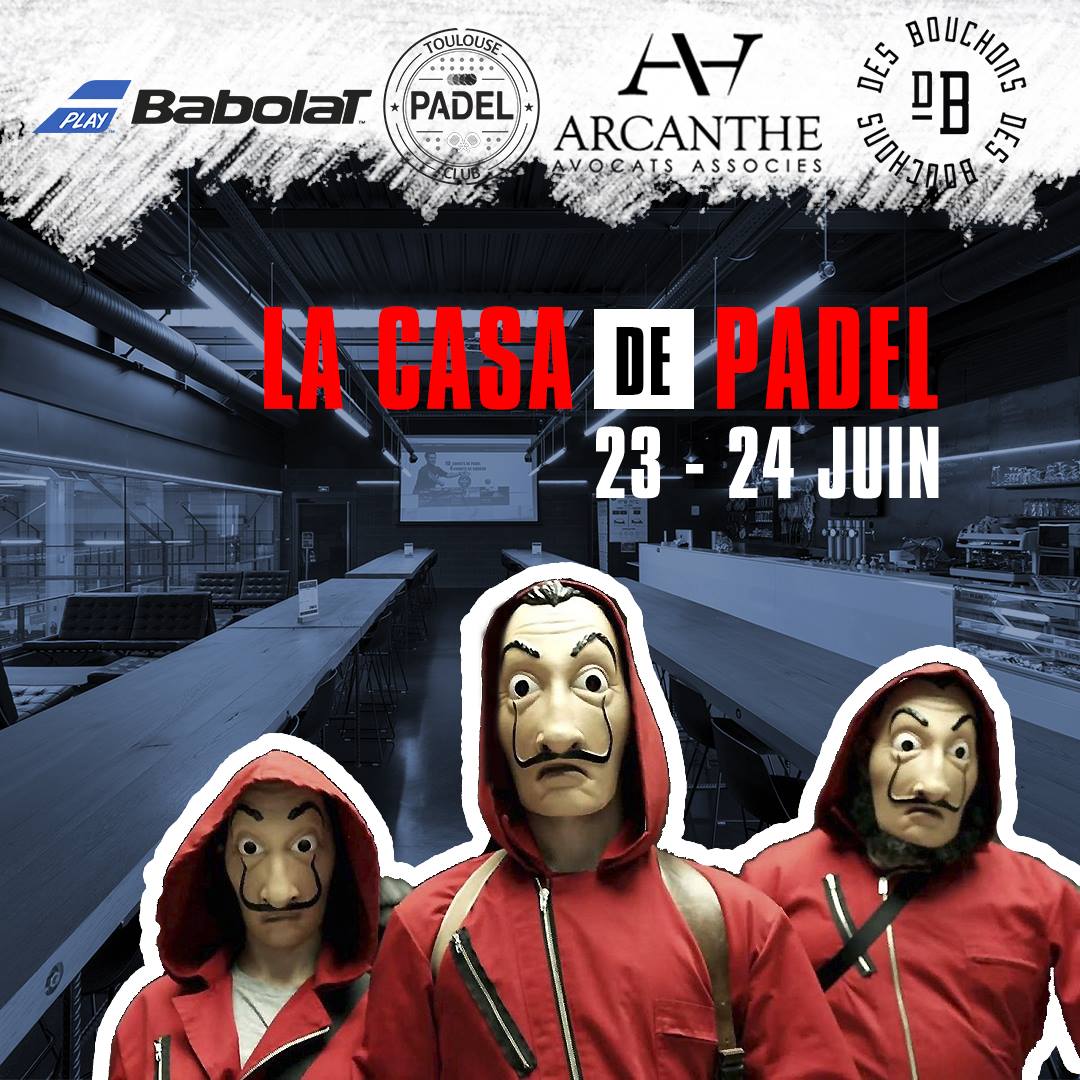 The padel tournament, CASA DE PADEL, first edition, at the Toulouse Padel club is coming! A tournament all categories that will take place this weekend.

Christophe Moretto, one of the organizers and main sponsors of the event is ready:

There are only a few days left to infiltrate the biggest tournament of the year, "la casa de padel »Which will take place on June 23 and 24, 2018 at Toulouse Padel Club! A weekend entirely dedicated to the Padel to celebrate together the end of the sports season, and the first season of the ARCANTHE league. First with a tournament and categories for everyone, P250, intermediate, beginner, and mixed tournaments!

But that's not all !

An initiation for children is scheduled on Saturdays from 14 pm, with "el profesor", Nicolas TRANCART, to prepare for the September school and little surprises….

Adults, come and try the TPC courts. The outdoor courts will be freely accessible all weekend with the possibility of testing the By BABOLAT equipment, to discover this sport that Canal Plus has nicknamed "The tennis of the future"

Lunch and dinner will be available throughout the weekend by the team Bouchons!

A big paella evening is planned for Saturday evening with a climb / descent tournament, the award ceremony for the ARCANTHE league, and some surprises!


Whether you are a confirmed player, beginner, or just to discover this sport, you'll understand it is the padel weekend not to be missed on Toulouse.

Register quickly by mail to contact@toulousepadelclub.com or directly at the club.