Le padel Spanish definitely overtook tennis? The global pandemic and containment have not altered the passion on the peninsula, quite the contrary. The clubs are still full and the practice is extending more and more to women.

Since 2019, the number of licensees in padel has overtaken that of tennis, despite the imposing presence of Rafael Nadal to rejuvenate the target of practitioners. As soon as the noose of restrictions loosened, the clubs of padel have regained their affluence. In the columns of the daily El País, Ramón Morcillo, the president of the FEP, affirms it: “All the clubs are full”. And with the curfew, demands have intensified. As there are fewer opening hours, reservation slots are taken by storm. less is more.

Stability despite the pandemic

Presented as a sport respecting social distancing, le padel resisted COVID-19 better than anyone. According to figures from the Conseil Supérieur des Sports (CSD), the padel registered 75 federal licenses in 818, compared to 2019 for tennis. In the space of 71 years, the number of licensees increased by 283% and the trend is expected to increase with the pandemic. Despite the difficulties, the figure remained stable in 2020 (barely 270 fewer licenses) when, for example, women's football recorded a drop of 37%. In Galicia and Andalusia, there were even increases of 14 and 28%! 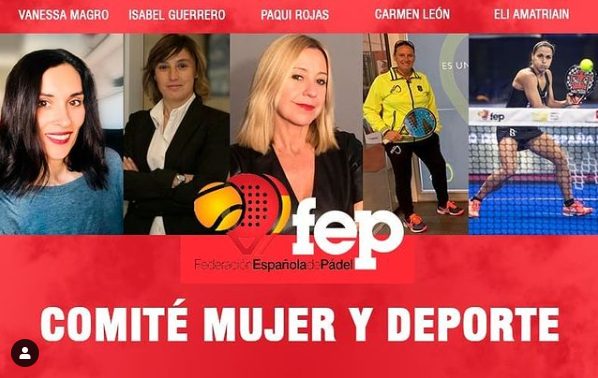 A third of women

More good news for the padel : female practice is booming. Indeed, according to the latest figures, 32% of licensees are licensees. The level that keeps rising on the World Padel Tour is a great catalyst for attracting new players. Media coverage of the circuit is one of the growth vectors of the padel, including in Spain, a country of great tradition. Proof that despite the obstacles, the in-depth work carried out for many years now takes on its full meaning.