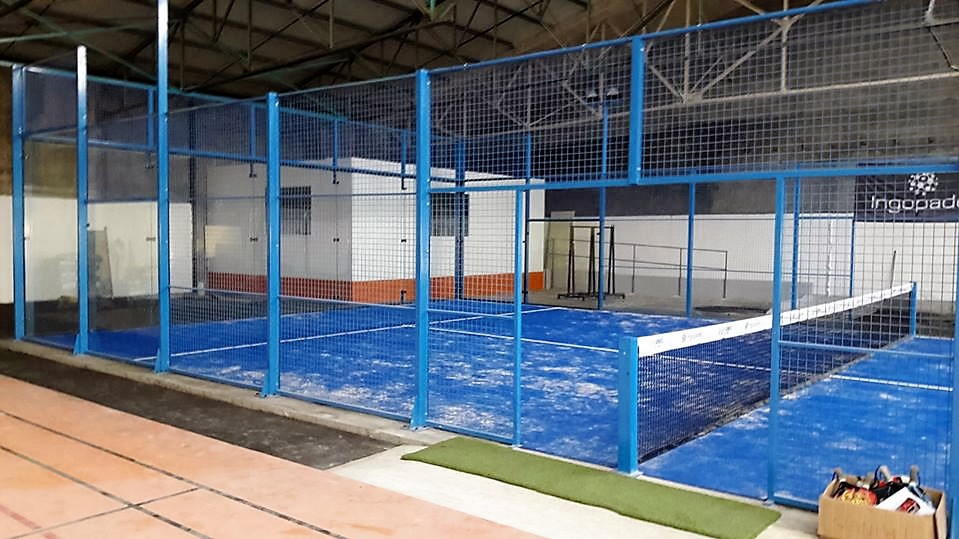 For many months and even years, we had hoped to see a club of padel to emerge from the ground in the Champagne league… In vain. We felt for some players of padel of the region a little sorry even not to have been able to participate in the regional phases of the French championships of padel 2016 ...

But this is an old affair now thanks to the new sports complex: ADN SPORTS.

Stefan Dufour, the manager of the sports center announces " 1 field of padel in this multisport club ».

This former squash player associated with Christophe Brulon therefore launched the first club of padel of the region.

"A more mixed activity than the others"

The idea of ​​putting 1 field of padel at least 5 years old.

« We have had the sports project for 5/6 years. We wanted to put on 5-a-side football and squash. It was through squash that I discovered the padel and by going on the internet, there was love at first sight ».

Firstly Stefan Dufour wanted to create a sports structure that could accommodate several sports. According to him, " the sportsmen do not want more than a sport, it is necessary to propose several sporting activities in the same place ».

In the end, the complex has 5-a-side football, badminton, 3-on-3 basketball, ping pong but also padel. " We wanted something more mixed than football. The padel made it possible to respond to this request Explains the club manager.

The club will open on November 17th. A 2000 m² indoor complex with a 1400 m² car park, the SPORTS DNA seems to be on the right track! Meet at the inauguration of the center which will take place on November 19.

It was “An obstacle course to set up our sports project, but we got there. The adventure begins now ! ».

The ambition of the complex is to offer another padel because the manager knows very well that it is a little fair to offer competition. But before thinking about this land, " this time will have to be a success to go further ”.

In a city like Chalon, you had to start a multisports complex. It is a city of 70.000 inhabitants.

The Champagne Ardenne league finally has its first club of padel. The league already aims to offer a regional phase of the French championships of padel for the year 2017.

« I think we will join the FFT. It's good to offer homologated competitions in addition to our competitions for our members ».

Stefan concludes by explaining that " le padel was the perfect sport. The padel allows you to call out to people. We are the first to embark on the padel In the region. We hope that this sport will explode in the Marne ».