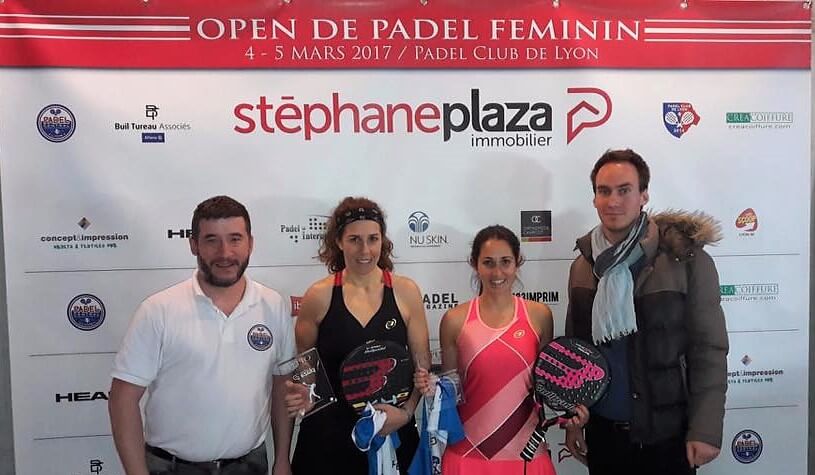 The Padel Club of Lyon organized the 1er Female P1000 at Padel Central. To win this tournament, it was like the gentlemen have his Spanish or even better ... Have a Spanish pair ...


Last weekend was the 1er Women's P1000, sponsored by Stéphane Plaza Lyon, in Padel Central. 20 teams from all over France answered the call. A very high profile with the presence of the best French (and for the first time since leaving for Madrid, the return of Laura Clergue on French soil) but it is ultimately the only Spanish pair (Esther Lasheras No. 37 WPT and Carolina Prado) in the table that easily wins.

As of Saturday 14h, 4 3 hens were competing for the 1 / 8eme qualification. The local Marie Garranas and Marine Chaleard and the Geneva women Laura Occon-Santana and Eugenie Fernandes make speak their superiority and lose only one game each during the battle.

In the other 2 pools the levels are more balanced and it is finally the end of the suspense, and a super tie break, that Catherine Bensadoun and Melanie Pierre tear off the 1ere place against the twins Lyonnais Marie Grang and Aude Durand. In the last pool instead of 2st is played in the average game: advantage to the pair Sarah Mollanger and Sabrina Rivière.

The same evening is the entry of the top seeds ... Only Virginia Pironneau and Carol Ann Lovera are a little frightened, especially in the first set, against Marie G. and Marine C. who play their luck thoroughly and do not spend not far from creating a big surprise: 6 / 4 6 / 2 in the end for the graduates of the Padel Club of Lyon (Virginia and Carol Ann).

The other seeds pass without trouble and, all, meet up for the next day from 9h!

The Spanish, Esther and Carolina (against Audrey Rouquette and Emmelien Lambregts), and French 1 numbers, Laura Clergue and Audrey Casanova (against Sandra Dalain and Adeline Nadal) pass without problems in half. Alix Collombon and Jessica Ginier win Geraldine Sorel and Sandy Godart by delivering a very solid match: 6 / 2-6 / 3! The last quarter is the most hooked. After more than 2h match Laurène Berard and Line Meites, for their 1er tournament together, end up winning 6 / 4 at 3st against Virginia and Carol Ann.

In the semi-finals the sporting logic is respected although Alix and Jessica defend their chances against Esther and Carolina, only bowing 6 / 4-6 / 2. In the other half, despite the severe score (6 / 1-6 / 1), Laura and Audrey eventually win after match 1h30. Beautiful points and long exchanges have enamelled these two semi-finals ...

The Spanish too strong 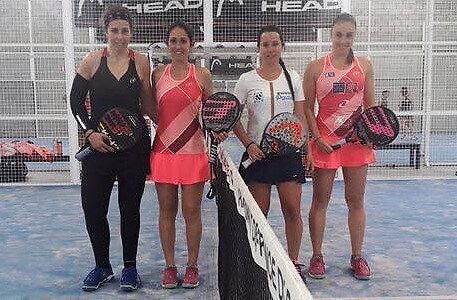 The final is one way: the Spaniards make their padel talk and choke Laura and Audrey who bow 6 / 2-6 / 0, without finding solutions ... The match for the 3st place is played in 3 sets. Laurène and Line start on top speed (6 / 1) but end up crumbling physically in front of the beautiful level proposed by Alix and Jessica (6 / 0-6 / 0).

In the opinion of all, and all the many spectators present, this 1er P1000 women was a great success! A beautiful organization, fair play, friendliness and a very good level of play for a beautiful weekend Padel ...

Strongly the next, go to Aix at the beginning of April!

Many thanks to Line Meites - Padel Magazine