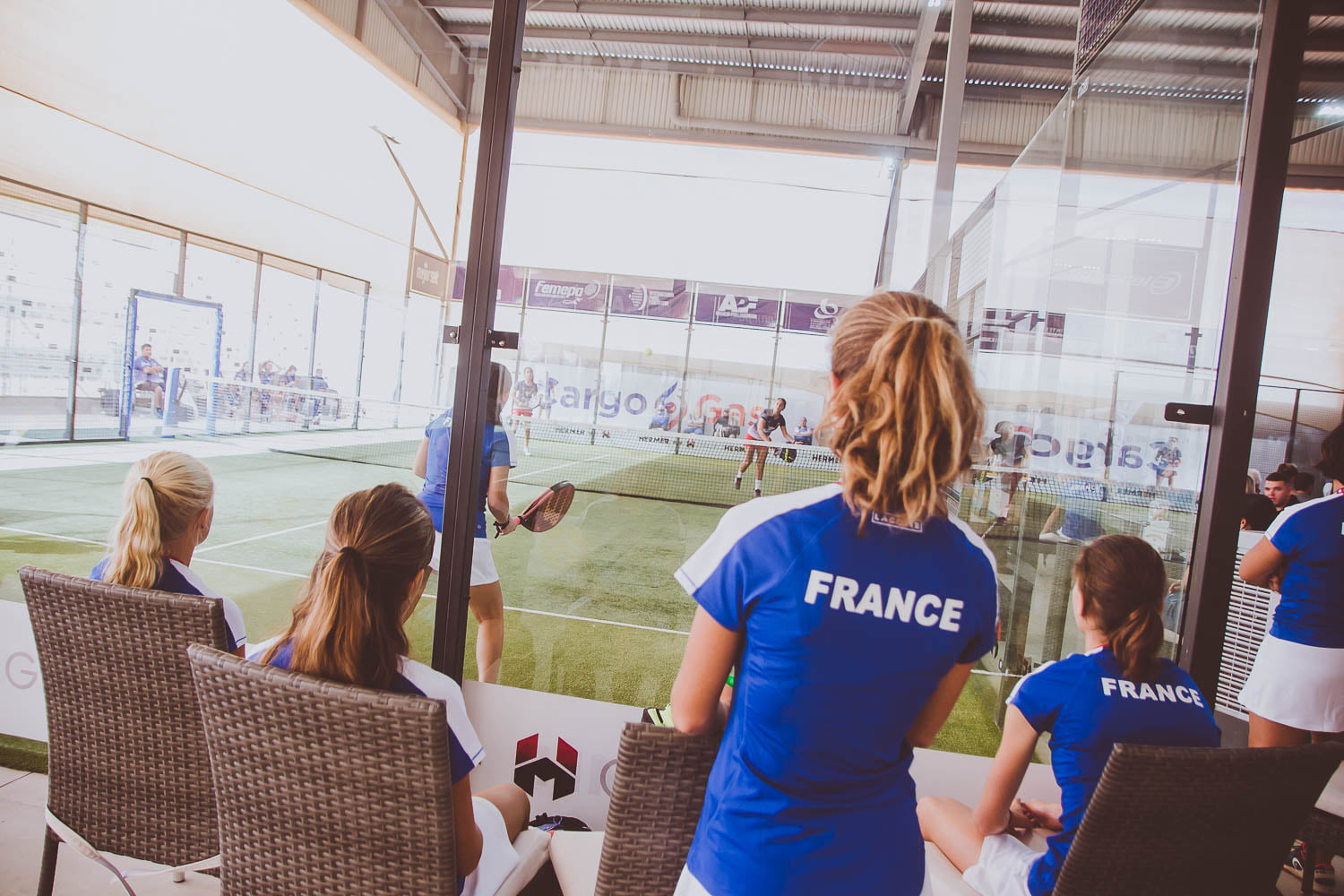 Laurent Imbert is the coach of theFrench women's team Junior. After 10 days at the World Championships in Mexico, the coach meets Padel Magazine to take stock of the competition.

Padel Magazine : What is your role in this Team France? What is the difference with your previous experiences?

“Having coached the French Senior Women's team in 2010 and 2012, sporting results are always the main goal.”

“But with the Juniors, you have to understand something that is of capital importance: they are young girls certainly with a competitive spirit but also with their anxieties, their sorrows but also their joys and their needs. At their age, they go through a lot of emotions and you have to listen to them a lot. You have to keep in mind that this represents an extraordinary adventure and that as a coach, you have to make it magical in sport, but above all in human terms. In my opinion, this is one of the main keys to success. ”

Padel Magazine : What is the balance sheet on these worlds? Positive points / negative points or to review.

Laurent Imbert: "There are many positive points: the hotels where the delegations stayed, the 4 clubs Padel were tops, shuttles chartered for a maximum of 2 selections and which made it possible to move very easily between the clubs and the hotel, the training grounds, the balls, the water, the meals at noon and the evening meals always in the same club accompanied by “small evenings”.

And then the most positive point is that the young people were able to discover, for some, this enormous event that is a World Championship and to have taken a crazy pleasure there, in any case I believe it.

Of course everything can be improved and even if there were one or two small hiccups, they were picked up very quickly by the organization.

The only downside is that the progthe next day's ramme didn't arrive until around 21:30 or 22 p.m. and so to get organized, it was a bit rock'n roll! ”

“A pigeon was killed against the glass!”

Padel Magazine : Which players surprised you? An anecdote on a fact of a match possibly?

Laurent Imbert:“They all surprised me and for different reasons. One by his character, the other by his desire, another by his determination, or even by his team spirit. They all largely lived up to what I expected from individuals who didn't know each other well at the start and we all managed to make them a real team, like a “family”.

All players of Padel who have participated in competitions of this kind know that in 10 days, there is no shortage of match facts but things went rather very well between the different nations. As for the anecdotes, some of which are funny or crisp, they will stay between us!

But to give a slightly original but unfortunate one, during an Open match between Ninon Martinache / Jade Psonka and 2 Brazilians, a pigeon almost collided with Ninon in the head and was unfortunately killed against the glass. So match stopped, window cleaning, burial of the pigeon and a little fright for Ninon! But they still won the match! ”

Padel Magazine : Do you see some players who could go far?

Laurent Imbert:“It's very difficult to detach such and such a player, especially since they have very different ages (up to 4 years apart for some) and also very different qualities. It will also depend on what they plan to do in the next 2 or 3 years. Study abroad for some, continue tennis for others, maybe change sport for others ...

There will also be a lot of family, sports and personal factors that will determine what they will be able to do in the Padel. It is above all the life choices that we all make that push us in such and such a direction but YES I think that some have the capacity to become very good players but always with desire, pleasure and especially l 'coaching." 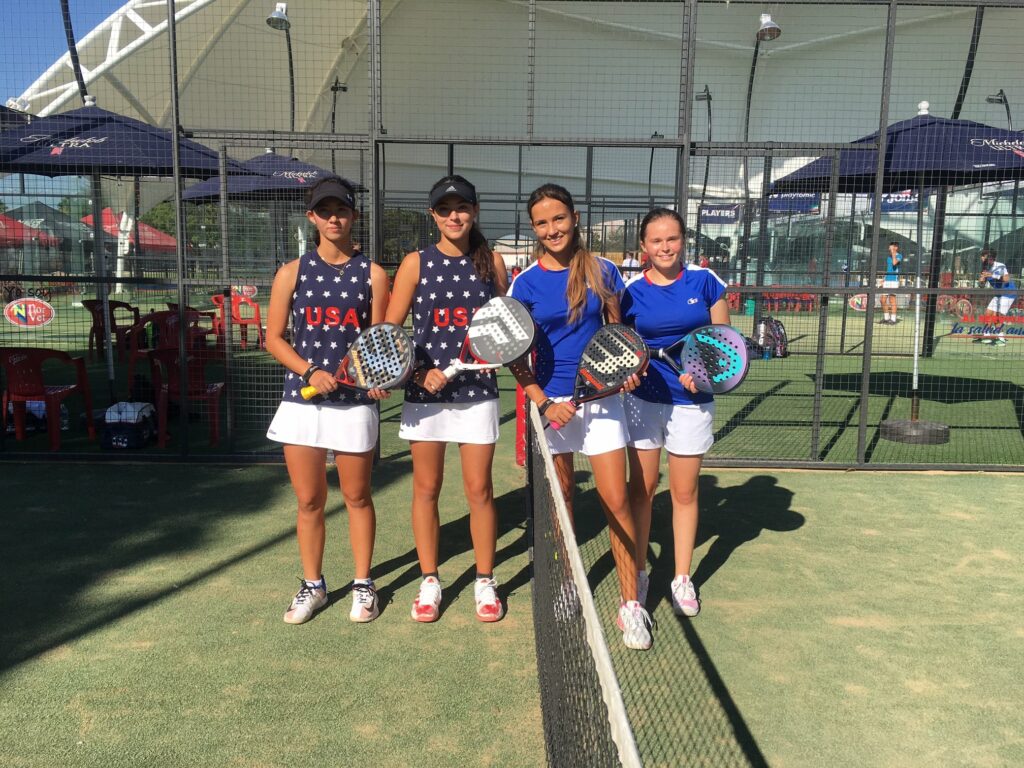 “The FFT is already doing a lot for padel"

Padel Magazine : The future with this team? Your future in this role?

Laurent Imbert:“Everyone knows my special attachment to this sport for a very long time.

The future with this group… I really hope to be able to continue to follow them because they really deserve it. They gave me so much desire, confidence and affection during these 11 days that I would like to have the possibility of organizing gatherings by enlarging the group, to be able to bring them to young tournaments, even adults for some. In fact, they do not cut abruptly and accompany them. And why not 1 or 2 tournaments in Spain! Finally if they still want me!

And then for the rest concerning this role of coach and captain, it will be up to the FFT to decide if, in their opinion, I have been up to the event, the players and the mission entrusted to me. . What is certain is that I put a lot of investment in it and took a lot of fun but as always when it comes to Padel.

I would like to thank the FFT on the one hand for the trust it has placed in me and on the other hand I would like to convey the message that the FFT is already doing a lot for the padel (even if sometimes I hear a lot of criticism from players and even managers).

It should be remembered, in case some have forgotten it, that the FFT took care of everything for the junior selections of this World Championship in Mexico. For example, the best Argentine junior did not come to Mexico because her family could not pay for her plane ticket. We are still talking about the best nation in the world!

The FFT is therefore organizing itself for the development of padel but it will inevitably take time but also to find the right economic and human model which will allow everyone to find a balance (young people, players, trainers, managers, clubs, leagues, etc.).

So let us be patient, united, all together to ensure that the Padel take the place it deserves in French sport. ”