Padel Magazine - Olivier Malaval and Aurélien Rambaud, the managers padel des Pyramides are currently preparing a tournament which will bring together the best pairs from the Paris region.

Beautiful club located in Port-Marly at 20 minutes from Porte Dauphine (Paris), the 6 best pairs have been selected and they are scary to see:

1 / Let's start with a pair made up of two lefties: Franck Boucher and Christophe Yves. 2 lefties together, this is not common, but it hardly surprises us when we also know their game. Their specialty: Smasher. Padel players who find themselves on their way are more often than not tattooed with a padel ball. They are among the favorites.

2 / Olivier Malaval and Nicolas Houard are certainly the most vicious tournament players. Small balls in the corners, balls with strange effects, woody smashes just behind the net and other shots that are not necessarily in the dictionary are their specialties. It will be patient and tenacious against this pair.

3 / Aurélien Rambaud and Frédéric Bouard form a team not to be taken lightly. Aurélien is the padel teacher of the Pyramids. It is feared by all and crossing paths is not necessarily good news. His partner Fred is his secret weapon. Semi-professional table tennis player, Fred specializes in surgical strikes. They are to be watched.

4 / Thomas Delahaye and Benjamin Meilhoc are competitors. This pair has the ambition to win this tournament and they don't hesitate to say it. Thomas is the team's attacker. He has a strike that has already won many games. Benjamin is recognized for his bullets cut in the feet. Benjamin prepares the job for the attacker who just has to finish. They are complete and complementary. You will have to be very careful with them.

5 / Jorge Alapont and Sebastien Ruiz are the almost 100% Spanish pair. Jorge is from Spain and the padel runs in his blood. On a field, he delights us with his technical gestures. Sebastien Ruiz is an outstanding tactician. Capable in critical moments of turning around the most unfavorable situations. He's armed with a devastating smash. It is a pair dreaded by all players.

6 / The binisti brothers are the victims of their success. The opponents aim to screen this pair of bullets, which has nevertheless toured France by playing, among other things, at the Aix-en-Provence and Perpignan tournaments. The brothers, cornered but not finished. They intend to prove once again that it is King David who kills the giant Goliath and not vice versa.

The tournament begins this weekend. It will last 3 weeks. Go to the “news feed” tab to follow the tournament. 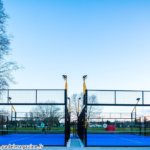 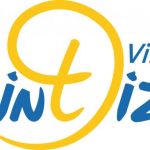 3 comments on “The Pyramids club prepares its tournament"