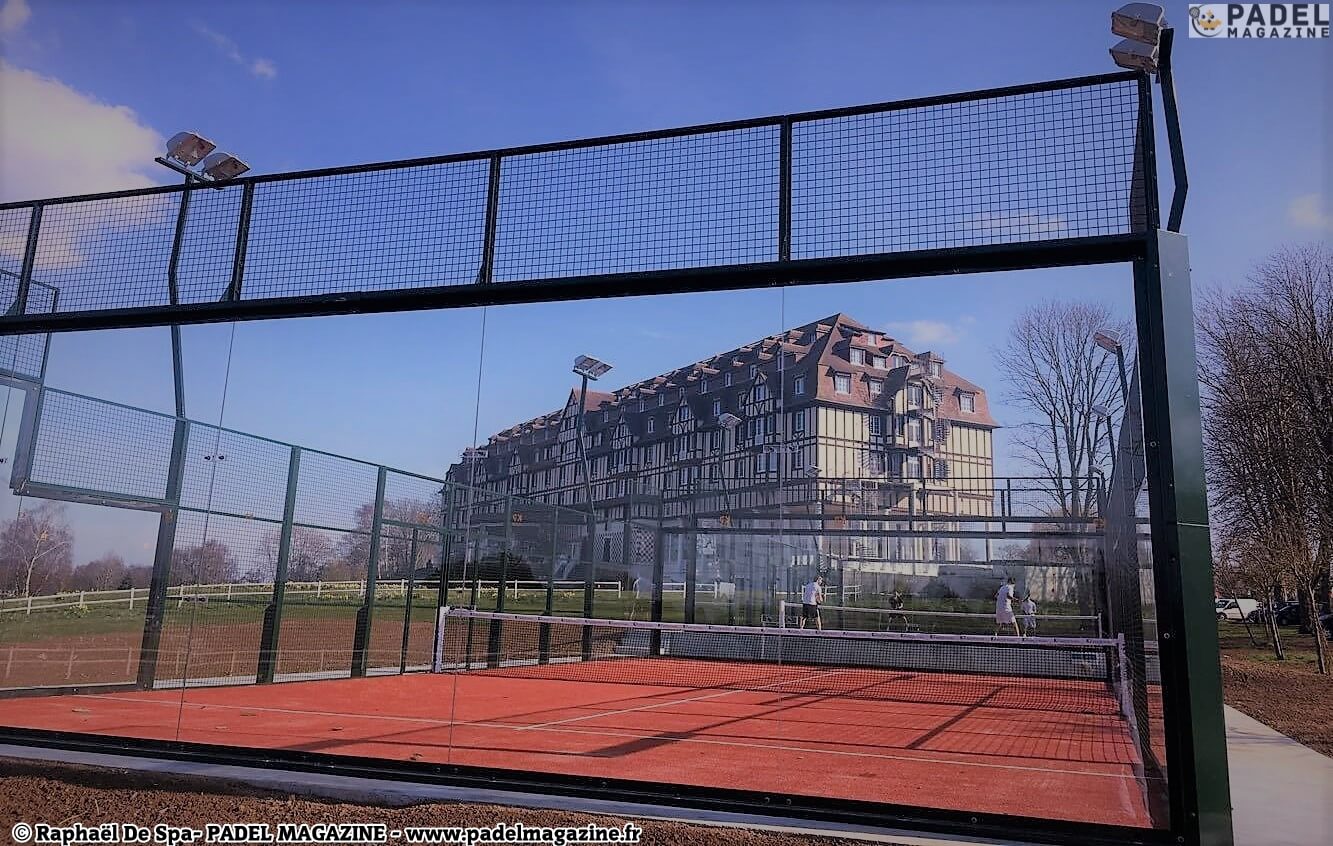 The Barrière group is embarking on padel. With the Hôtel du Golf de Deauville and its 2 golf courses padel, Raphaël de Spa, the Tennis manager and Padel of the group tells us everything about the implementation of the padel in Deauville.

1 / How did the padel ? Why of padel in Deauville

As a tennis teacher at the Hôtel du Golf since April 2013, I was able to propose a development project around tennis. Initially, it was more about setting up a beach tennis structure. But this sport does not really take in France and I saw that we were talking more and more about padel. This sport is developing in France and I therefore proposed in December 2013 an alternative to beach tennis: The padel.

This idea quickly seduced the group and notably the Chairman and CEO of the Barrière Group, Dominique Desseigne who validated the entire project. I would also like to acknowledge the work of the former Director of the Golf Hotel, Mr. Jacques Horrent, who made this project a reality.

In the end, these lands were definitely born in March 2016.

People do not yet know the padel. My role, very soon, will be to promote the padel in Deauville with initiation and discovery activities. Mini-tournaments of padel will be organized in the hotel but also open to external players.

The objective is really the development of padel and initiation.

3 / A program padel will be offered soon?

Indeed, we have the ambition to offer an exhibition of padel with 4 good players from padel as well as people who do not necessarily come from the middle of the padel or tennis. The idea is to put a big spotlight on the padel in Deauville. This day padel is scheduled around May / June. We will communicate on it when everything is operational and ready.

4 / Could the Barrière group develop the activity padel on other sites?

For now it is not planned.

Our goal is to develop this sport in Deauville.

Customers from outside can also come and play padel. 30 € / the field. Rackets and balls included.