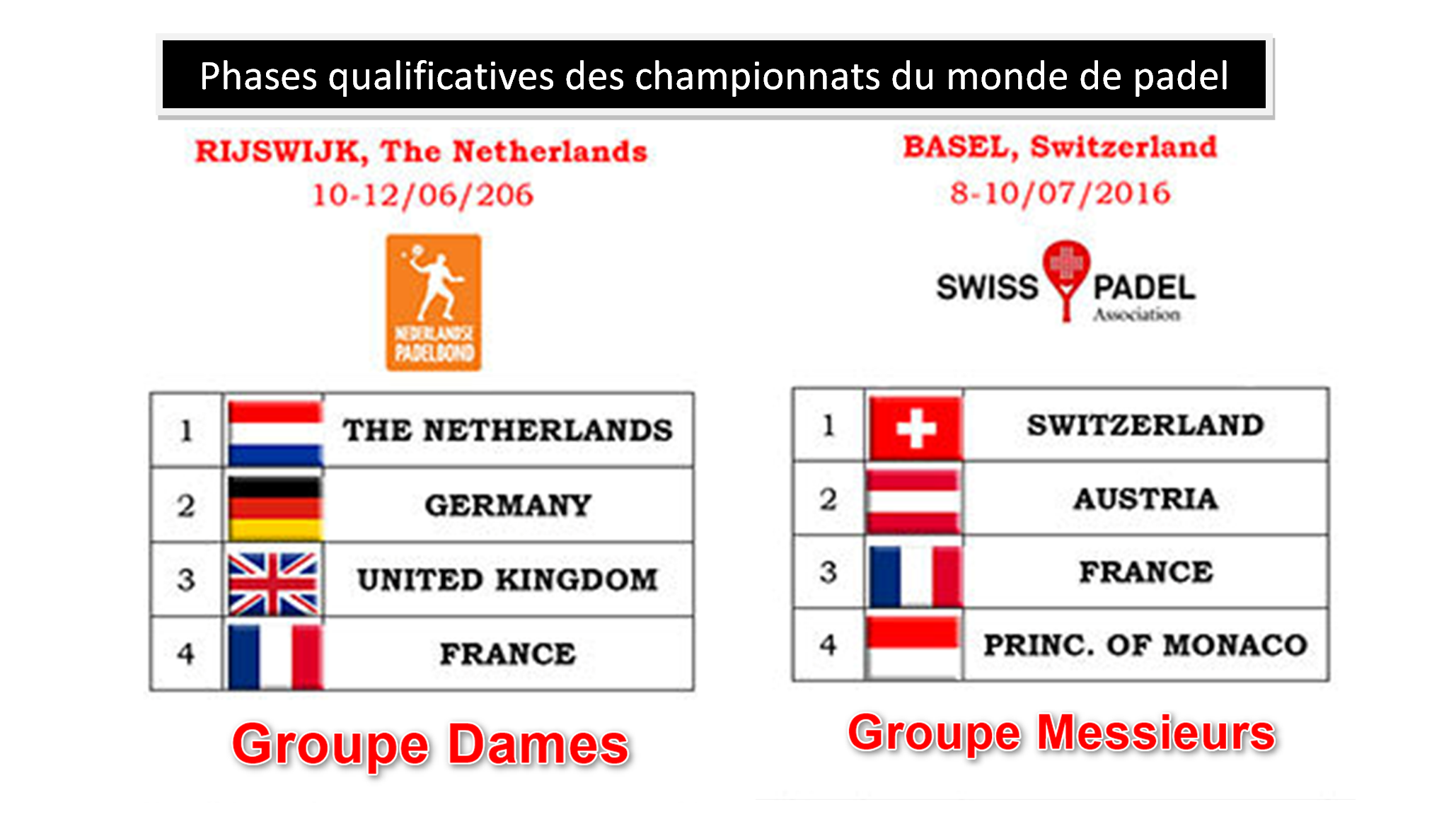 The International Padel Federation (FIP) have finally given their verdict on the host countries hosting the qualifying stages of the padel world championships for women and men.

The ladies will go to Ryswick from 10 to 12 June 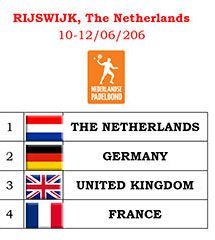 Direction the Netherlands for ladies in Ryswick, south of The Hague. As last year, La Playa will host an event of the International Paddle Federation. After the European padel championships, the ladies qualifying phases.

On the menu, the ladies will face the Netherlands, Germany, the United Kingdom. Dangerous countries but within the reach of our French. 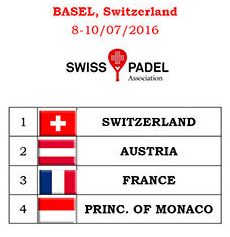 This is a small surprise men side since logically it was thought that the qualifying phases would take place from 1er to 3 July in Lithuania. The place seemed all right especially for the reasons of dates.

Finally, our Swiss neighbors will host the 8 qualifying stage at 10 July.

France will have to fight against Switzerland, Austria and the Principality of Monaco. If France has recently shown at the European padel championships a slight superiority against the Swiss and Austrian, Monegasques have a dangerous team.

The finals of the padel world championships will take place next November in Lisbon.

A great adventure for the blues that starts in a month.