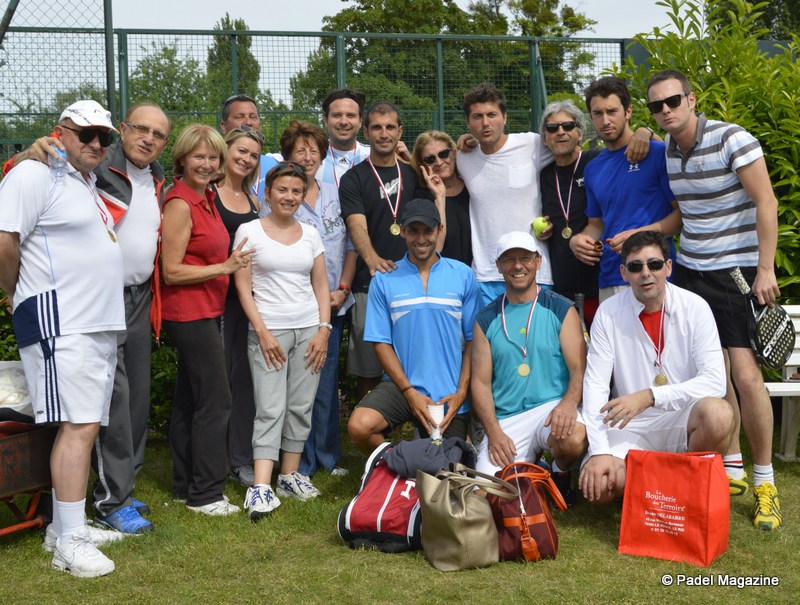 Cold, rain and wind had finally bowed in front of this padel day organized by the padel team of the pyramids and in particular Aurélien Rambaud.

This first tournament which counted 20 pairs was a real success.

We started the day with an aperitif. Of course, we could not have started better.

And we can say that there is a lot of potential ... They put the voice and the good mood. Ideal so to have fun.

To 13h, an exhibition padel was proposed to the players, as well as the spectators.

The exhibition turned to friendly settlement between the two teams. The BT (Binisti Team) and the RH team (Ruis - Houard).

He had no gifts between these two teams. They surrendered for blow.

The match was very tight. But we can not escape his destiny and the pair composed of Sébastien Ruiz and Nicolas Houard bowed.

After that, René and Christophe, motivated as ever, stormed the keys of the tournament to win the first Yvelines padel tournament. Congratulations to them.