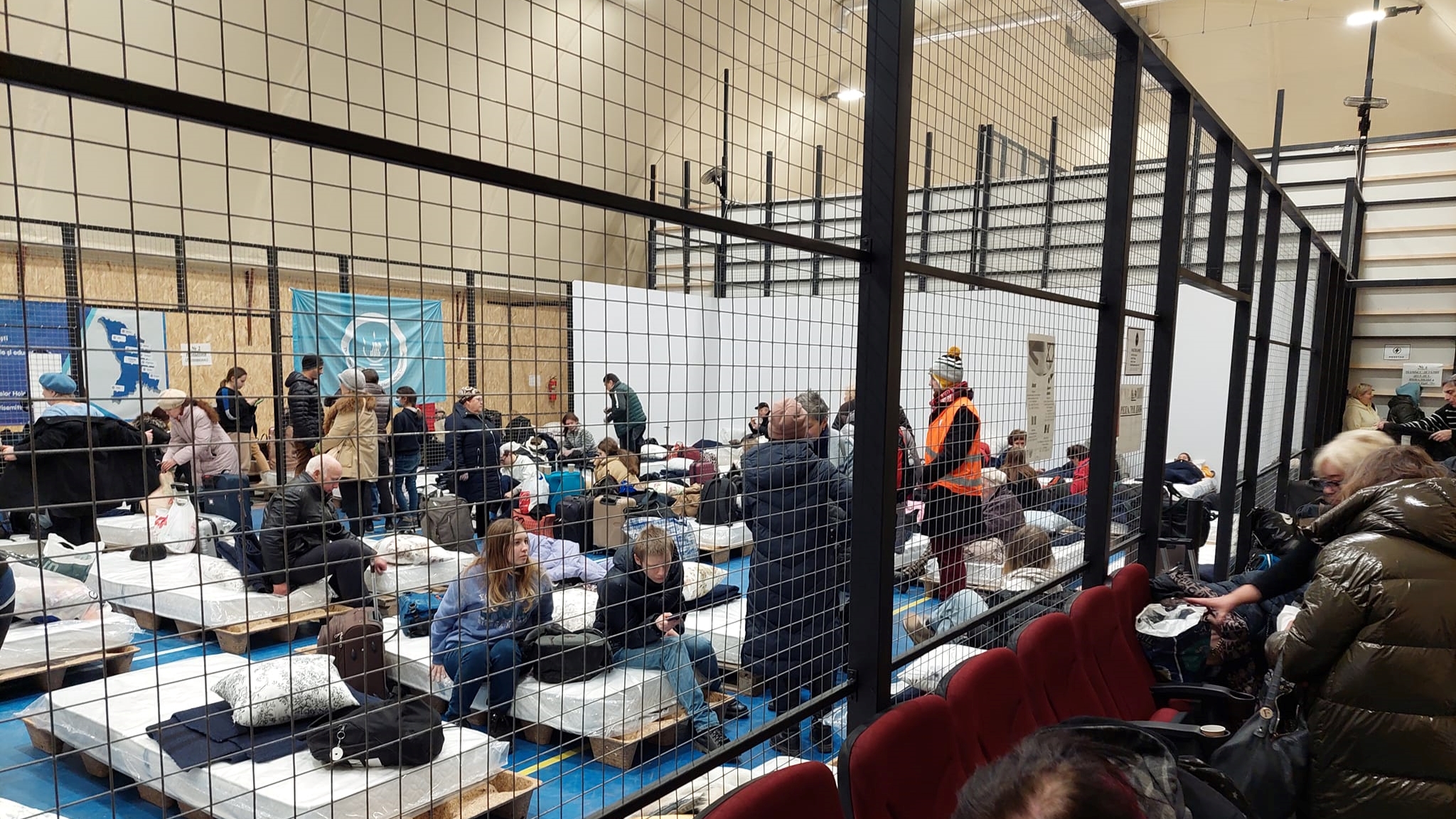 Mihai Burciu, the President of the Federation of padel of the Republic of Moldova tells us the underside of this war and what man is also capable of achieving to help the poorest.

“The Republic of Moldova is a neighboring and friendly state of Ukraine. All Moldovan people are involved in helping Ukrainian citizens fleeing the war from the Russian aggressor.

Thousands of Ukrainian citizens have been crossing the border into the Republic of Moldova every day since February 24 to flee the disaster in their country.

The Republic of Moldova has opened its doors to help and assist refugees.

In Chișinău, the capital of the Republic of Moldova, most of the large gymnasiums have been opened to accommodate mothers, children and the elderly coming from Ukraine.”

Dozens of people who took refuge in the club of padel

“The same thing happened in the only padel indoor of the Republic of Moldova. The center Kangaroo Squash and Padel ahead Club in Chișinău, which belongs to Sergiu Durlesteanu et Sorin Timofei, is currently home to dozens of people who have fled the war.

Until a few days ago, children and adults trained in this club which hosts national tournaments of padel. But now we have all stopped working to help Ukrainians who need shelter, care and food.

The Republic of Moldova recently showed the world that it has an incredibly good and united people.”