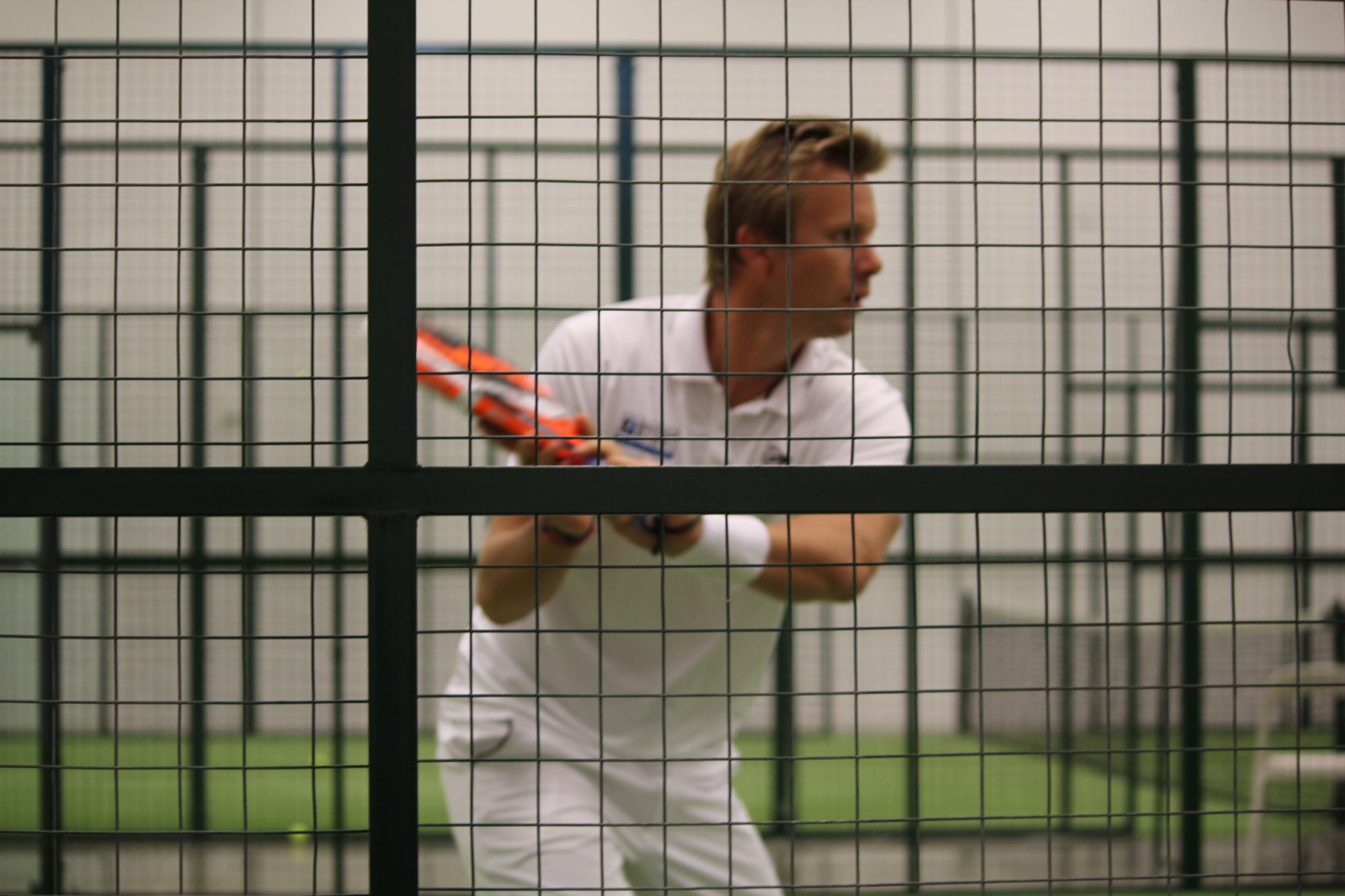 Padel Magazine - Nallé Grinda, the former number 1 in French padel, wisely looks back on his career, his history and more generally on the development of the national padel ...

Padel Magazine - On the forum Padel Magazine, we learn that you no longer play padel, is this still the case?

Nallé Grinda - Indeed, I stopped playing competitive padel in 2010. I was coming out of an interesting period in Nice, but where competitive padel had become a bit of a headache. A headache especially between individuals. I finally left France to go to the USA and more precisely to Miami. For 3 years, I no longer touched rackets because the clubs were far away and the level not fantastic. But lately there is in Miami, a huge emulation. The Padel is developing enormously with extraordinary people… I took up padel again. And how good it is!

When you went to Miami, you stopped playing ... You started in another sports area?

Yes, so I stopped or suspended padel for a while and I concentrated on my job that pushed me to come to Miami: real estate. Since graduating from UCLA University in Los Angeles, real estate has always been my main source of income and I felt that it was the moment to get started in Miami where the subprime crisis had been particularly violent. Today the market is healthy and I am happy to have taken this decision. Especially since I am now well installed and I have again time to devote to my passion: the Padel.

Let's get back to your work related to the padel when you were in France, what happened? Why did the padel not take?

There would be a lot to say ... Padel did not experience the hoped-for boom in France because of an obvious lack of resources. By comparing with the countries where it has developed faster, I think it is because the sports clubs in France are mostly public and therefore subsidized by the state while in other countries they are often private. The difficulty of obtaining a public subsidy is often more difficult and longer than convincing private investors of the economic interest of building Padel. The surface area of ​​a tennis court allows for 3 courts of Padel and therefore to have 12 players paying per hour instead of 2 on the same surface. A private investor understands this, an elected official tends to support a more famous sport which will eventually bring him more votes! It's a bit pejorative but it's an example that sums up the difference between sports infrastructures in France and in other comparable countries such as England, Germany or even Spain.

Then the development of the French padel encountered many problems. There was a lack of communication, people capable of getting involved like your magazine does. And when some did get involved, they were systematically pointed out as wanting to "appropriate" the Padel and keep all the cake. But if there is one thing that I am sure, it is that today, no one has ever made a dime with the Padel in France! I myself have swallowed up tens of thousands of Euros to the full… There are also conflicts between people who obviously do not help the development of padel, mistakes have also been made in certain organizations. We can also mention the lack of support from Spanish locomotives, which many times have promised to invest in France without keeping their word for the moment. These are all reasons why padel has not developed in France as it should have been.

Some believe that Jean-Noël Grinda, your father, (President of the FF Padel) could have done much better than the work that accomplished it in the padel… And others go even further…

I am aware of all this. Some even say that he made money with the padel, others that he wanted to keep the padel for him ... All this is absurd.

He took over the Federation of Padel because at the time there was no one who wanted to take it back! The federation was in agony and riddled with debt because of the management of the old team. He did it because he loves the sport. He had no reason not to want to develop padel. These words are therefore stupid. Unfortunately he quickly found himself confronted with the lack of means and very quickly made the process of rapprochement with the French Tennis Federation. Today it seems that this wish will come true and it will pass the hand with pleasure and collaborating as it should.

You were certainly aware that a new body was created: The National League of Padel… What do you think ?

Yes indeed, I am aware that there is now a new instance of padel (National Padel League) led by a former FFP namely Cédric Carité. So, today we have two instances of padel. I do not think it's good for the readability of the national padel.

We cannot deny that Cédric Carité is deeply into the padel, that he is a good padel player, and even a good entrepreneur in the padel. But instead of creating another federation, which by default is a non-profit association, in my opinion he should have put his time and energy into the development of a company that sells padel! Make no mistake, we all need to support ourselves and unless we are retired or sheltered from want, no one has time to develop a business without pay. After that there were pitfalls with some people and stories that are no longer important today ... I prefer to look forward and I hope that soon with the FFT which will take over the role of federation for the Padel, that serenity that we all need will take hold. Everyone can find their place and contribute to the development of this fantastic sport.

Let's talk about the future, what do you think about the latest news about the national padel? Could you come back to France and promote the padel?

First of all, I believe that the integration of padel in the FFT is an excellent thing. Now, I hope that the padel will not be considered a gadget and that it will be really developed. But I am confident. The FFT is a very powerful federation with significant resources that neither the league nor the Padel Federation have. I think that in parallel with the development of padel, there will be a multitude of us calves related to this new development. Whether in pitch construction, club management, player training or event organization, anyone interested in the Padel can take part in its democratization in France ... As was the case in Spain for example where there are now more than 10.000 courts and nearly 2.000.000 players!

My personal future for the moment is in Miami, I now play on the American circuit which is booming, I have also won 2 tournaments in recent weeks, I also play a lot of exhibitions like the Sony Open tennis Miami, last week in Houston with the Bryan brothers, or next week in Barcelona with most of the former Spanish tennis champions (Costa, Bruguera, Corretja, etc.). They really like this sport and many of them consider a retraining in padel after tennis as largely possible. On the court but also outside. Berasategui has just inaugurated its 14 court club! The Sanchez brothers have one of the largest construction companies in Padel of the world. If all this is happening with our Iberian neighbors there is no reason why it should not happen in France. I'm also starting to hear rumors of involvement from players as emblematic as Henri Leconte or more recently Nicolas Mahut… All of this is excellent and in my opinion padel will develop, that's for sure. It's just a matter of time.

It is a sport so friendly, so complete that there is no reason in France, country of the racket, that the padel does not find its place.