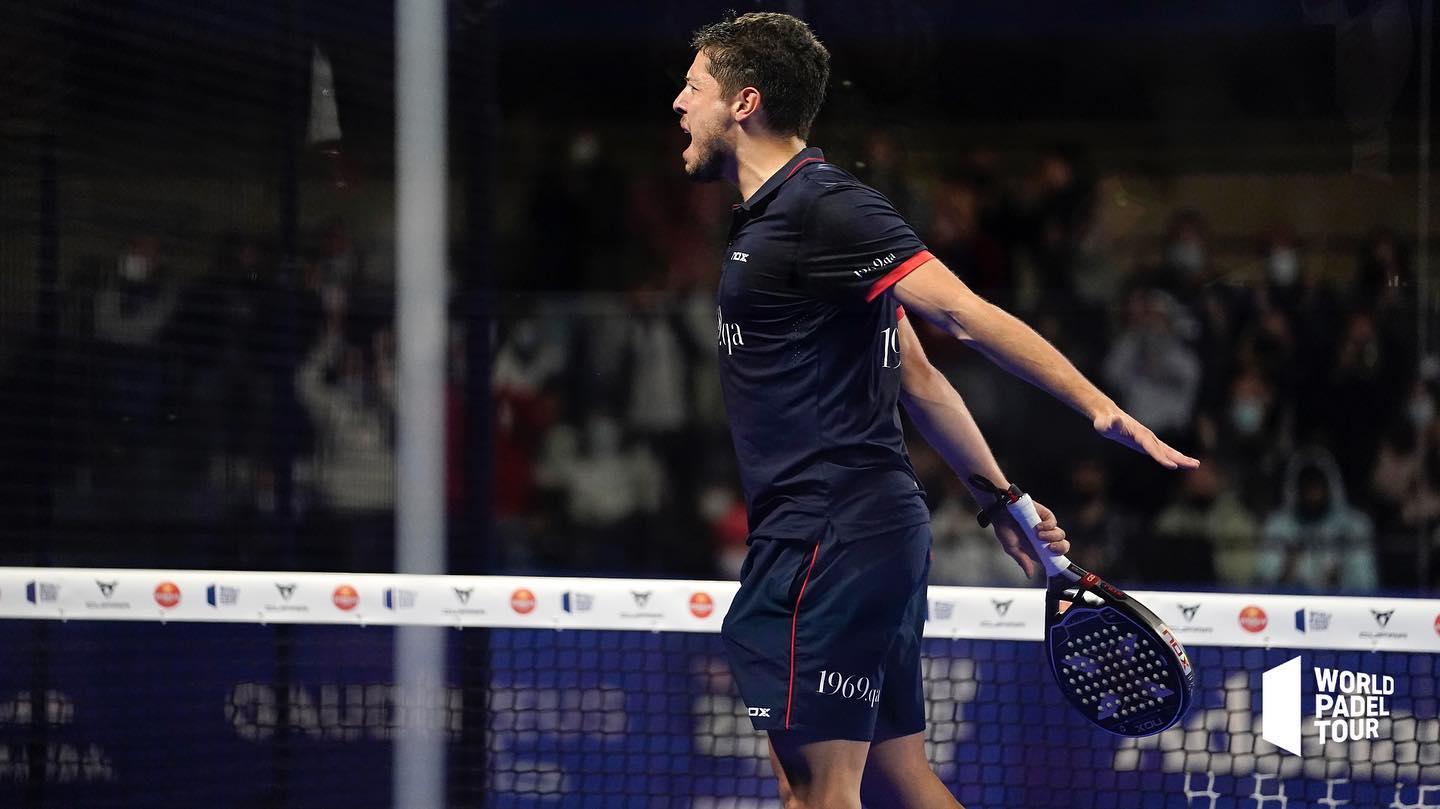 Agustin Tapia, world number 6 also nicknamed the “Mozart of Catamarca” has lived up to his nickname for a few seasons now.

Crowned champion during the last World Padel Tour of Reus alongside his compatriot Sanyo Gutierrez, the young genius and his sidekick realized a great show of strength against the current number 1 Galan et Lebron.

For several years now, the Argentinian nugget has no longer been this young kid dreaming of making a place for himself among the world elite of padel. He has now done so and offers the public real recitals on the track.

But who says magic, says magic wand. And for the Argentinian, his work tools are of course his pala Nox.

For several years, the native of Catamarca has had a good choice of palas, specially made to allow him to develop his best game on the 20×10. Its snowshoes are also among the most requested by aficionados.

Today we are therefore going to reveal to you everything that you do not yet know about the entire range.

Mold of the so-called “classic” AT10

This mold gives the pala a fuller sweet-spot and a shape halfway between round and teardrop.

Its greatest quality is undoubtedly what makes it successful, incredible maneuverability when the player is at the bottom of the lane and has to defend low balls. Let's not forget either one of the criteria that makes its strength: the speed it allows you to put in your shots.

Indeed the acceleration of the ball when the player is on the fly is insane and it allows without forcing too much to achieve devastating attack shots.

It is a very good option for the player who likes to defend and keep control during his shots without giving up the power necessary to concretize points.

This mold is the base of the following palas:

Not surprisingly, the title perfectly indicates the type of pala we are going to talk about right now. These are indeed racquets intended for powerful players who base their game on attack and big hits.

Following the success of theAT 10 Luxury Genius, many players submitted to the brand their wish to see a diamond-shaped AT. Thing wanted, thing done: the brand took these requests into consideration and immediately got to work. And the result is convincing since it has been able to keep the spirit of the AT while retaining its strengths such as maneuverability, the very wide sweet-spot and acceleration when the ball leaves the racket.

Of course the point of impact is higher which will give players a little less maneuverability…but a little more power!

This is how the  AT Luxury Genius ATTACK 18K.

This is the point that generates the most doubts among players. What you need to know is that the hardness of a pala is not defined solely by the material of its faces!

Indeed, several factors must be taken into account such as the type of foam used, the frame of the pala, the mould, the carbon used, etc.

Below is a summary table of the different hardnesses according to the different palas. The note of 10 being attributed to the more rigid palate.

Remember once again that all the palas with which the pro players play are the same as those on sale and that only the weight can vary. However, regarding the components of the pala, nothing changes between those you see on TV and those on sale on the Nox site.

Some have already noticed that a new racket has been released and many are wondering about the difference between the 12K and 18K version of the AT Luxury Genius.

The 18K born from the demand forAgustin Tapia himself, who wanted a more rigid pala during tournaments where the climate was warmer while at least maintaining the criteria that make it an exceptional pala (maneuverability and precision).

Which pala is made for you?

This is THE question that every player of padel arises at least once when it starts.

The answer is quite simple. To begin, choose a pala that will give you the best sensations in terms of playing comfort.

If your style of play and your physical abilities make you a powerful player, who likes to hit the ball and you want to put it in a specific place, we recommend rackets with more rigidity. However, be careful because the harder the pala, the more technical quality it will require on your part.

On the other hand, if you are looking for significant vibration absorption and maximum comfort, opt for a more flexible pala. This will help you tremendously with your defensive shots down the court because the ball will have no trouble getting to the other side of the net. In addition, this type of racket tolerates errors a little better if a gesture has not been made correctly.

Do not doubt any more, whatever your style of play you will necessarily find a AT Luxury Genius which will fill you with happiness during your frenzied games.