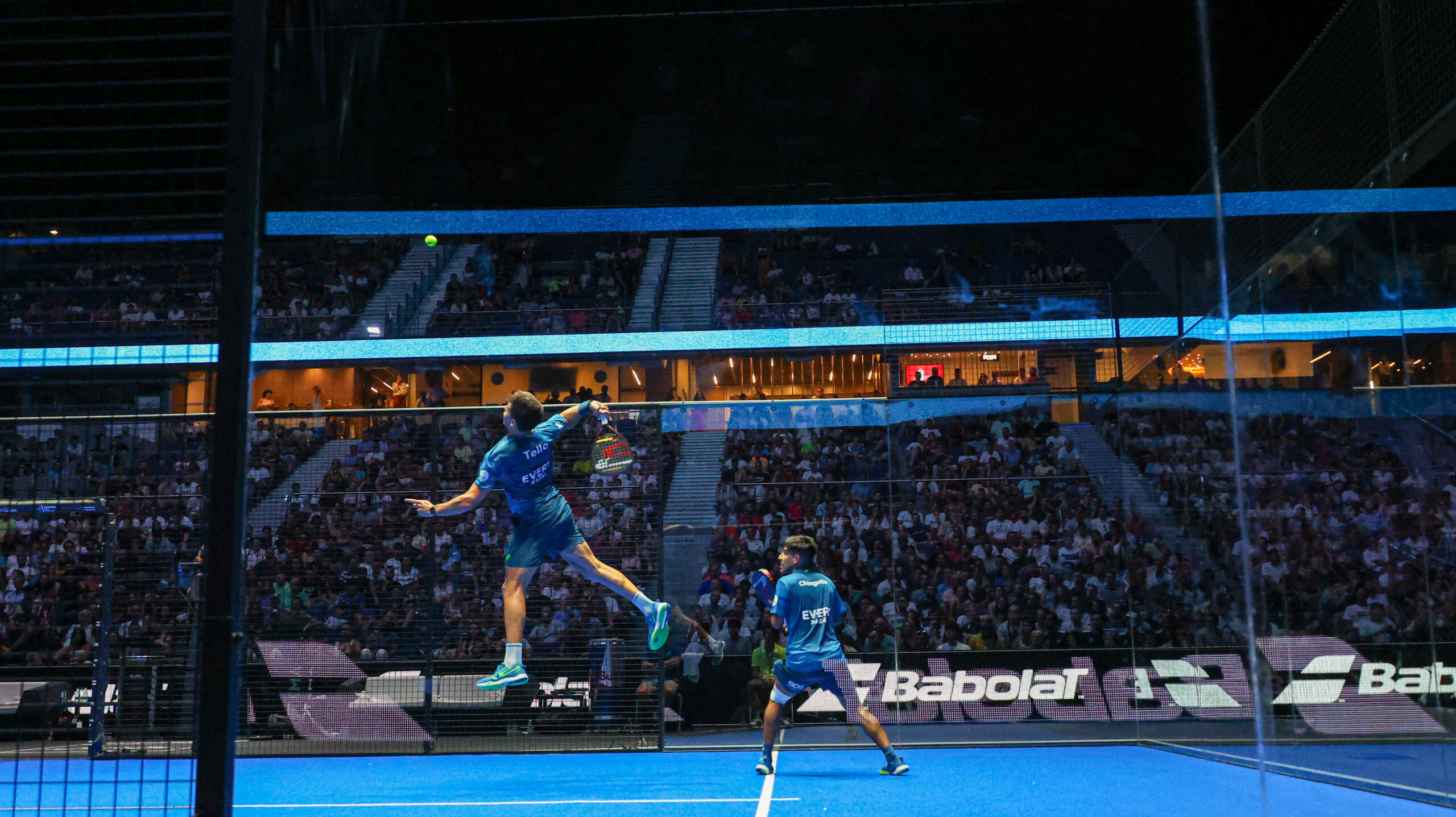 The quarter-final day of the Madrid P1 concludes at the Wizink Center. The 6 spectators present will have experienced an unforgettable day with a scenario worthy of a Hollywood classic.

“In the second set I started making mistakes, and in the third I came back with a lot more confidence. Pablo was excellent and consistent throughout the game,” explained Stupa at a press conference.

The Argentinian's analysis is very fair. After setting up a perfect first set, Stupa and Lima allowed Alex Ruiz and Momo Gonzalez to enter the match. The latter was particularly good, dominating the game in the second set.

In the last act, the Brazilian and the Argentinian regained the upper hand to qualify for the semi-finals!

Di Nenno is sad… but in the semi-finals

Paquito Navarro and Martin Di Nenno qualified for the Madrid P1 semi-finals by dominating Capra/Sanchez 6/3 6/4, but in the press conference morale was low.

“I have been sad for 4 months. I'm not going to hide it, it's not easy”, expressed a very moved Martin Di Nenno at a press conference.

The pair is not having a good time and some rumors of an impending split are emerging. Paquito brushed off the question posed by Padel Magazine in a press conference, but Di Nenno didn't seem entirely convinced by his teammate's words. What will happen after Mendoza during the truce?

Paquito and Di Nenno are still in the last four and they will face Stupa/Lima tomorrow for a place in the final.

Lebron/Galan in the madness of Madrid

This match is one of the most beautiful of the season, without a doubt. At the end of a very tense encounter, the n°1 won with great success in the last game: 2/6 6/4 6/4.

The Madrid crowd was surprisingly more on the side of Chingotto and Tello, who again failed in the third set against the Spaniards.

Lebron and Galan were even booed in a post-match interview which was inaudible in the stadium, drowned out by the whistles.

The Madrilenian seemed very affected in a press conference, but tried to hide this pain with words: “It was a pleasure to play at home.”

Sanyo and Tapia in beefy

Fernando Belasteguin is more than ever questioned. At 43, does he still have what it takes to play with one of the biggest talents in the game? padel global ? Arturo Coello is playing at an exceptional level at Madrid, but it seems his Argentinian team-mate hasn't allowed him to go any further than the quarter-finals lately.

Against Sanyo / Tapia, the difference in level within the pair was once again felt. Bela committed numerous faults penalizing his pair, and the show.

On the other side of the net an intractable Tapia and a Sanyo always full of magic will have been strong to qualify in two sets (6/4 7/6) for the last four of this Madrid P1.

Le padel will never stop surprising us. When we thought we had seen it all, today's matches reminded us that the padel has an infinite imagination. In the same day, Di Nenno confessed depression, Tello and Galan got confused, the Madrid public whistled Galan and Lebron…