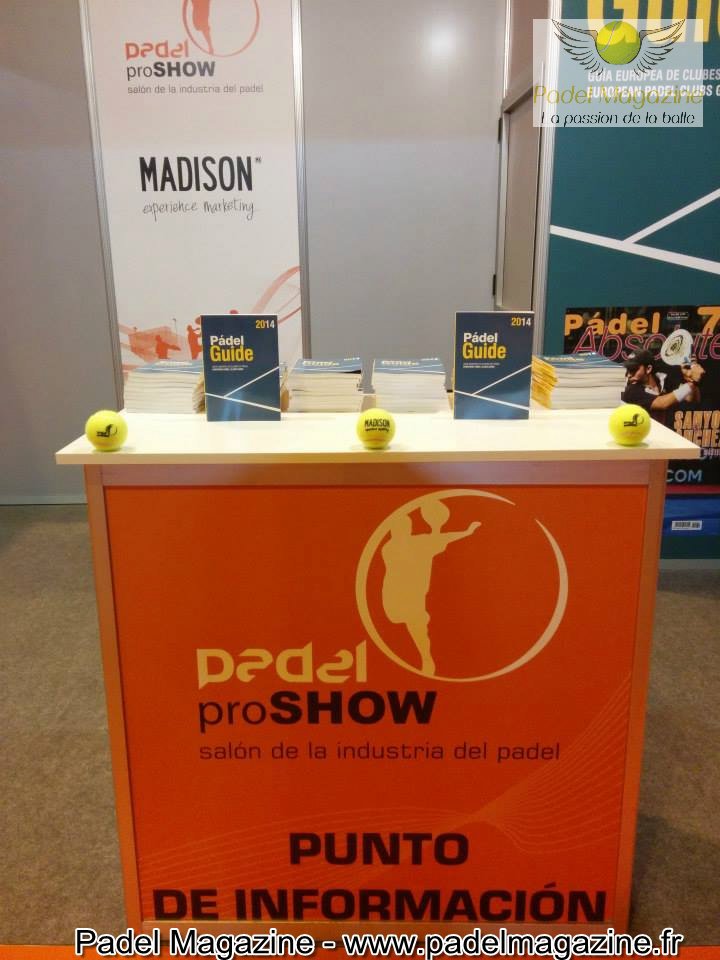 Padel Magazine - From March 20 to 23 in Madrid, the Marketing company MADISON organized the first International trade fair dedicated to Padel (and Golf).

More than 7000 visitors and 150 accredited professionals have crossed paths.

24 exhibitors (federations, brands, builders, clubs and others) responded to the call.

The brands Dropshot, Kaitt, Vision, Akkeron, Bull Padel and especially the eagerly awaited one… Adidas Padel which we were able to discover his first racket collection and his Padel, with the particularity of presenting a black surface.

The day of the opening was a huge success: political, VIP and public went in number.

Spanish actor Bertin Osborné tried his hand at Padel in the public eye ...

Both for the pitch ridden by Red Eleven and the Adidas track, whose global launch took place in Padel Pro Show, there were more than sixty hours of activity which allowed the interaction of the public with the players: Fede Quiles (Drop Shot), Aday Santana (Kaitt), Iciar Montes (Bullpadel) or Gaby Reca (Bullpadel) , Pedro Alonso Martinez, and Marta Ortega Roby Gattiker (Adidas), among others.

The first 2 days of the show were dedicated to professionals where topics such as:

The MADISON company, led by its Director of Studies, Alberto Cuesta, took the opportunity to present his study on the Padel.

He estimates at 2.300.000 the number of practitioners in Spain, 62% are men and 38% are women. He points out, however, that female practitioners are becoming more numerous and the gap with men is narrowing.

The high social class represents 20% of the practitioners against 60% for the middle class and 15% for the low social class. Figures that translate a democratization of this sport.

As recognized by Luis Garcia, director of Padel Pro Show and Madison Agency, “The Industry Padel responded very positively to the show. This forum has become a crossroads for professionals where they seek business opportunities and new business solutions through exhibitors, professional meetings, meetings and parallel initiatives that we have developed. This confirms our belief that there was a gap to be filled in the universe of Padel, the industry needs a meeting place, a forum to share the latest news, innovation and knowledge generated each year in the industry with one main objective: to trade ... and it is in this tradition that we have worked and will continue to do in 2015 ”.