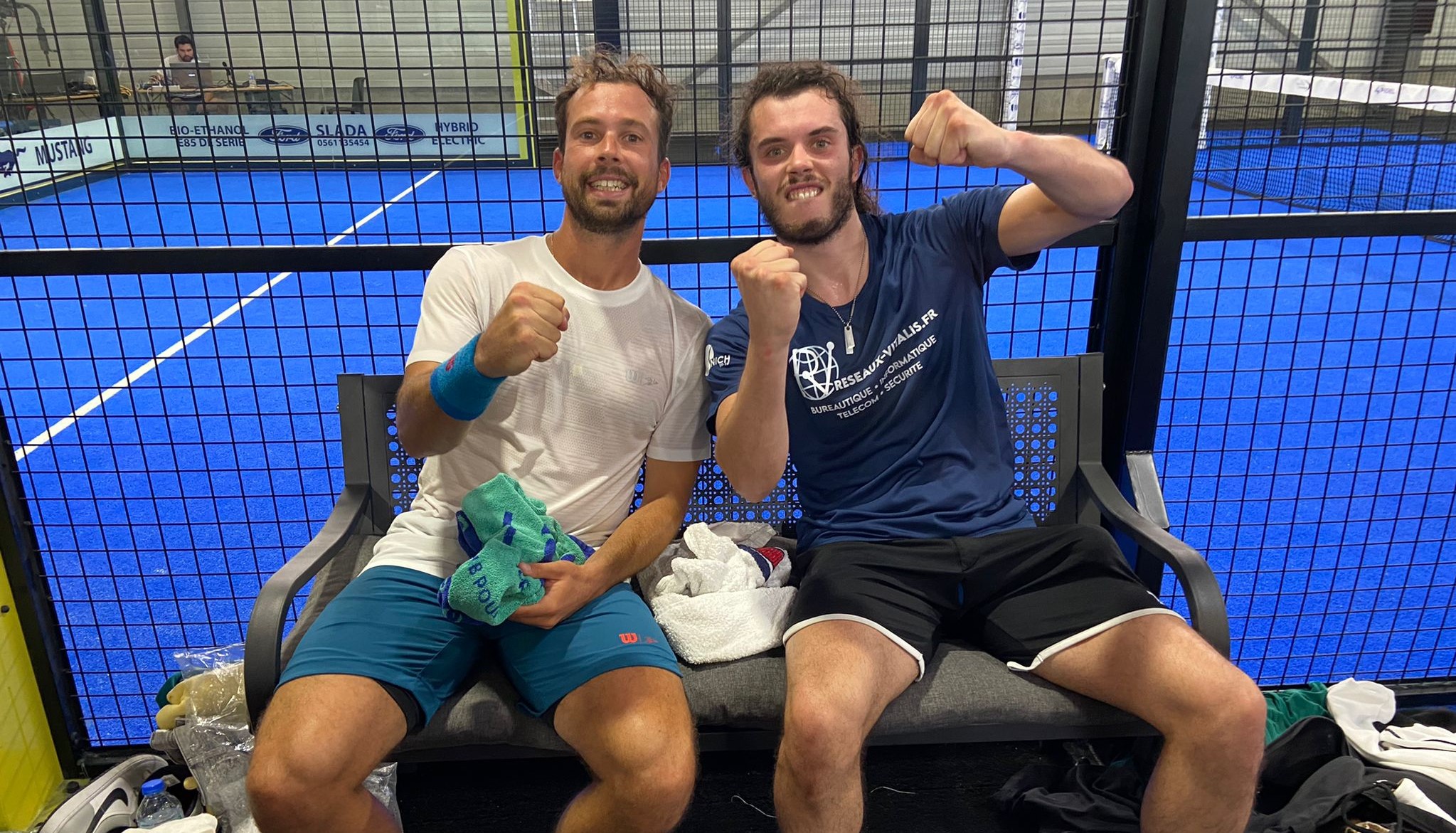 Second rotation on the center of 4Padel de Colomiers and it was Yann Auradou and Manu Vives who entered the track against the twins Pablo and Alberto Simon Garcia.

From the start of the match, the winners of the P2000 in Perpignan were able to impose their aggressive style of play against the young Spaniards. More solid, the French manage to take the advantage during the first round, and begin the second act serenely.

We also expect a remake of the first round, Auradou and Vives dominating the debates during the first games, before the machine jams. It was enough for the Spaniards to come back to the score and equalize with the score: 6/3. Everything is to be redone for the 100% French pair.

But in the third set, the tricolors remobilized despite an unusual game fact: an inversion in the service that none of the four protagonists noticed! Ruthless, Auradou and Vives make the hole quickly, leading 5/0, then 5/1. Despite three match points saved by the twins, Vives concluded with a furious smash.

This is the third tricolor victory this morning, a superb 100% for the French !

After the match, Manu Vives returned to the team's performance and its ups and downs: “I was walking on water at the start: even if I didn't spike very well, I played well at the start, I was aggressive. We lead 4/1, ball 5/1, we are really above and there, I make two or three bajada failed, when I didn't need to take so many risks. Immediately, we are at 40A, decisive point for the first time, and we are broken in two seconds, when we had the impression of being above. There, we find ourselves at 4-4. But we were still in a good dynamic, so we did the break again and took the first set. And in the third set, we really played together, with a good attitude and fortunately because I didn't play very well in this set. But I was aggressive and that's what paid off because I think we were a little over the top. »