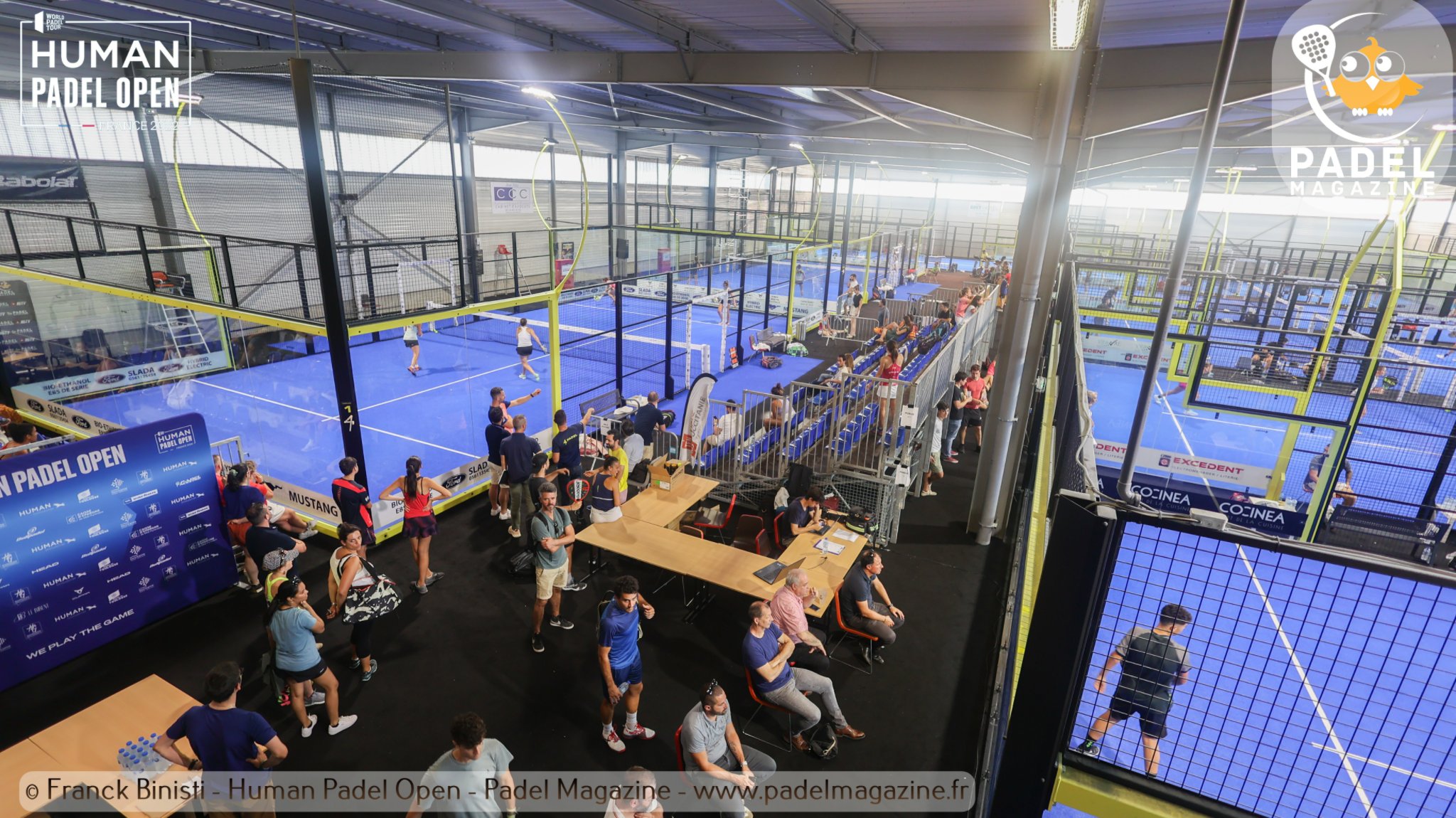 Previa day at 4Padel Toulouse – Colomiers for this World Padel Tour Human Padel Open and the least we can say is that the players present in the 20×10 did not go to any lengths.

First match of the day on the center of the famous Toulouse club and it's Aitor Garcia along with Peter Vera who started this second round of previa against Sergio Alba et Eduardo Alonso, seeded 2.
In a very special match, the favorites win 1/6- 6/1 – 1-6.

At the same time on court 2 it was the turn of Juanlu esbri (65) et Javier Barahona (50) to enter the runway. The two Spaniards were up against a slightly lower ranked pair consisting of Jose Maria Mouliaa (78) et Miguel Angel Solbes (87). The logic was respected and it was the 65th and 50th in the world who won their pass for the final of these previas. They will face this afternoon from 15:00 p.m. the pair Alba-Alonso.

A little later in the morning Salvador Oria and Rafael Mendez left few chances to Jairo Bautista and Pablo Garcia winning in two sets 6/3 – 6/4.
They will play in the second rotation this afternoon against Joseda Sanchez and Javi Valdes who dominated Muñoz/Vilariño in three sets.

On the central ground it was a big poster which was played, this one opposed Javier Leal (42) - Uri Botello (64) to paul cardona (122) - Miguel Benítez (85). The match was going to be hot and the fans who had the chance to watch this meeting on our Youtube page should not have been disappointed. Good on legs Cardona and Benitez surprise the Andalusian and the native of Melilla in the first round. But Javi and Uri, after a tie-break of madness manage to pick up the score. At the end of the suspense and after a crazy intensity during the third round it's the pair Cardona–Benitez which imposes itself after more than two hours of play and creates the surprise.

They join Mario Del Castillo (56) et Javier Martinez (57) who dominated Boris Castro (102) and Fran Martinez (76). Despite a magnificent performance yesterday on the central court of 4Padel from Toulouse-Colomiers the latter suffered this morning. They logically bow 1/6 – 5/7.

Find now all the other results of the morning directly here

At the same time Arantxa Soriano (48) et Araceli Martinez (63) also imposed themselves during this morning of previas. opposed to Helena Wyckaert (79) and Carmen Garcia (73) they thus win their entry ticket for the second round which will be held this afternoon from 15:00 p.m. against Traviesa et Caparros. Final score: 6/2 – 2/6 – 6/3.

Lucia Perez Parra (91) and Lorena Vano (95) join the clan of qualifiers by winning their morning match against Jimena Velasco and Ana Fernández. Despite a rather timid start to the game, the Andalusian and her teammate manage to turn the tide by resuming the second and third sets. 2/6 – 6/3 – 6/2 for the Hispano – Italian pair. They will face Marta Borrero (98) and Alejandra Alonso (93) big winners against Mireia Herrada (94) et Marina Guinart (39) 6/4 – 6/7 – 7/6 thus creating a small surprise in these women's qualifications.

Find all the other scores of the day directly here