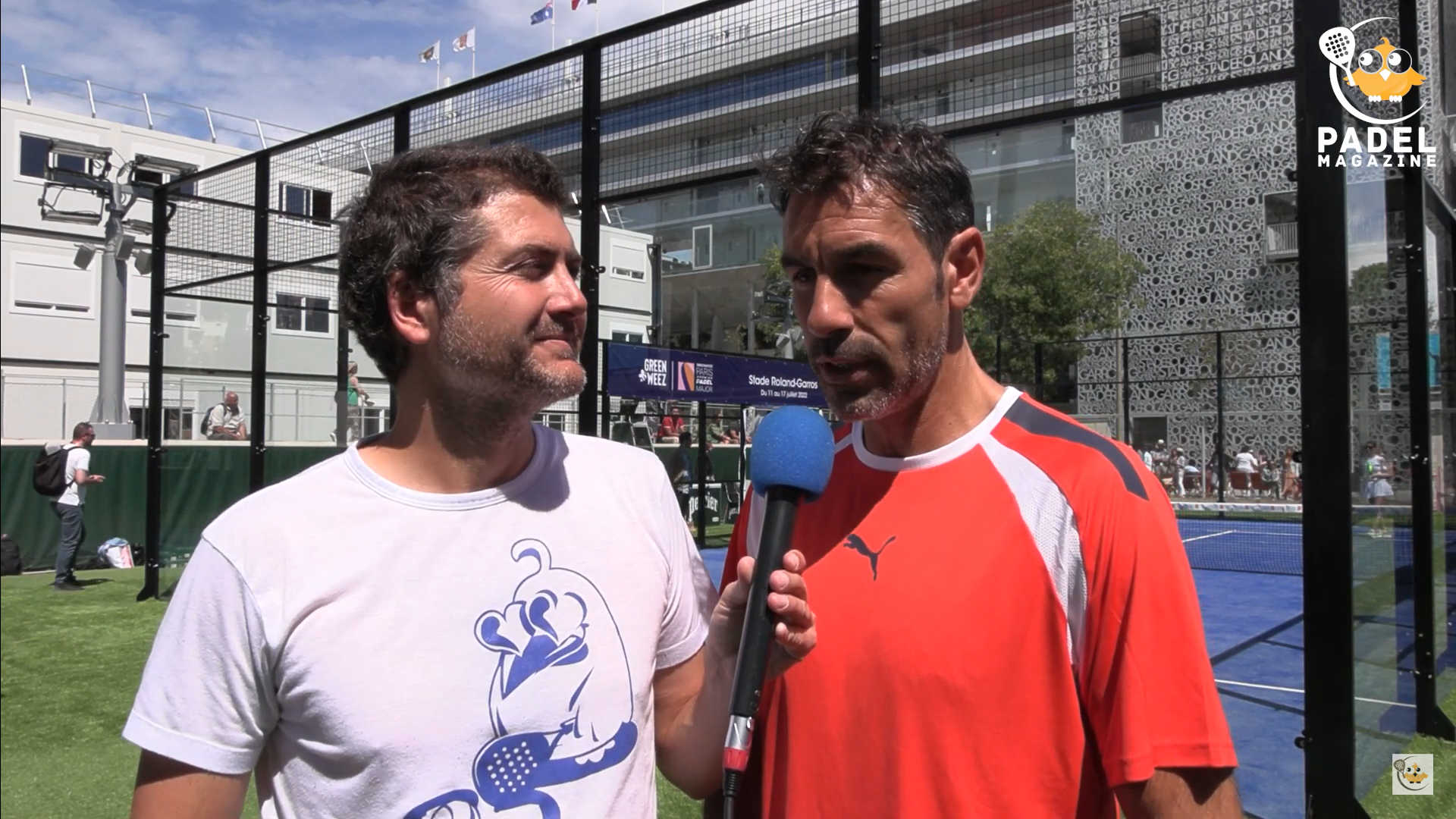 Similarities between football and padel

Padel Magazine : It seems that we see you more and more on the tracks of padel, and that football is almost a thing of the past?

Robert Pires: Honestly no, football is not in the past because I still love it and where I live I get to play a lot. It's true that I discovered the padel like many people today, and it's a fashionable sport. You know I live in Spain, so the Spaniards talk about football and tennis, but beware, the padel is gaining momentum. It's a pretty fun sport and everyone can participate, I find it quite enjoyable. “

Padel Magazine : We have seen in England, in Spain, everywhere... more and more footballers are playing padel and even some, train for football by playing padel. Do you find that normal?

Robert Pires : " I think this is good. Is it normal ? Yes I think so. But it's true that there are a few similarities, that is to say that in football there is what is called the foot-to-ground ratio: the sidesteps, which are important. And at padel, this is what we are looking for and what we find. There is this finesse of placement. In football, you always have to look where your partner is, where the ball is… there it's the same thing. You have to know if the ball is going to hit the two windows, where it's going to go...you have to think fairly quickly and then you have to take a look. soccer and padel, it goes together! “

"The padel in terms of rapprochement and friendship, it's very nice”

Padel Magazine : When he coached theOM, Rudi Garcia had organized a session padel with his players during an internship in Portugal. Don't you tell yourself as a potential future coach that this is something you could do?

Robert Pires : "I think he was right and it's a good idea because it's a way to get out of the football context and when you're a footballer or you do another sport, when you practice something else it's always enjoyable.

I know that at the time, for example with Arsenal, from time to time we played basketball with Arsène Wenger. So why not the padel, it's quite funny, quite playful, quite fun. And the most important thing is to find yourself as a team, it's a two against two and whatever happens we remain competitive.

This makes it possible to have good relations, exchanges that are a little more pleasant. And above all, it allows you to get to know each other a little more. I find that the padel at the level of rapprochements and friendship, it's very nice. “

Dacourt, Sinama-Pongolle and Wiltord in his top 3

Robert Pires : “The problem is that there aren't a lot of former football players I play with. The only ones with whom I practice padel are Olivier Dacourt, who is good, and Florent Sinama-Pongolle, who is also good. I know that I received a challenge from my friend Sylvain Wiltord, so watch out Sylvain: I'm here, I'm ready! But in any case the former soccer players are quite talented !"