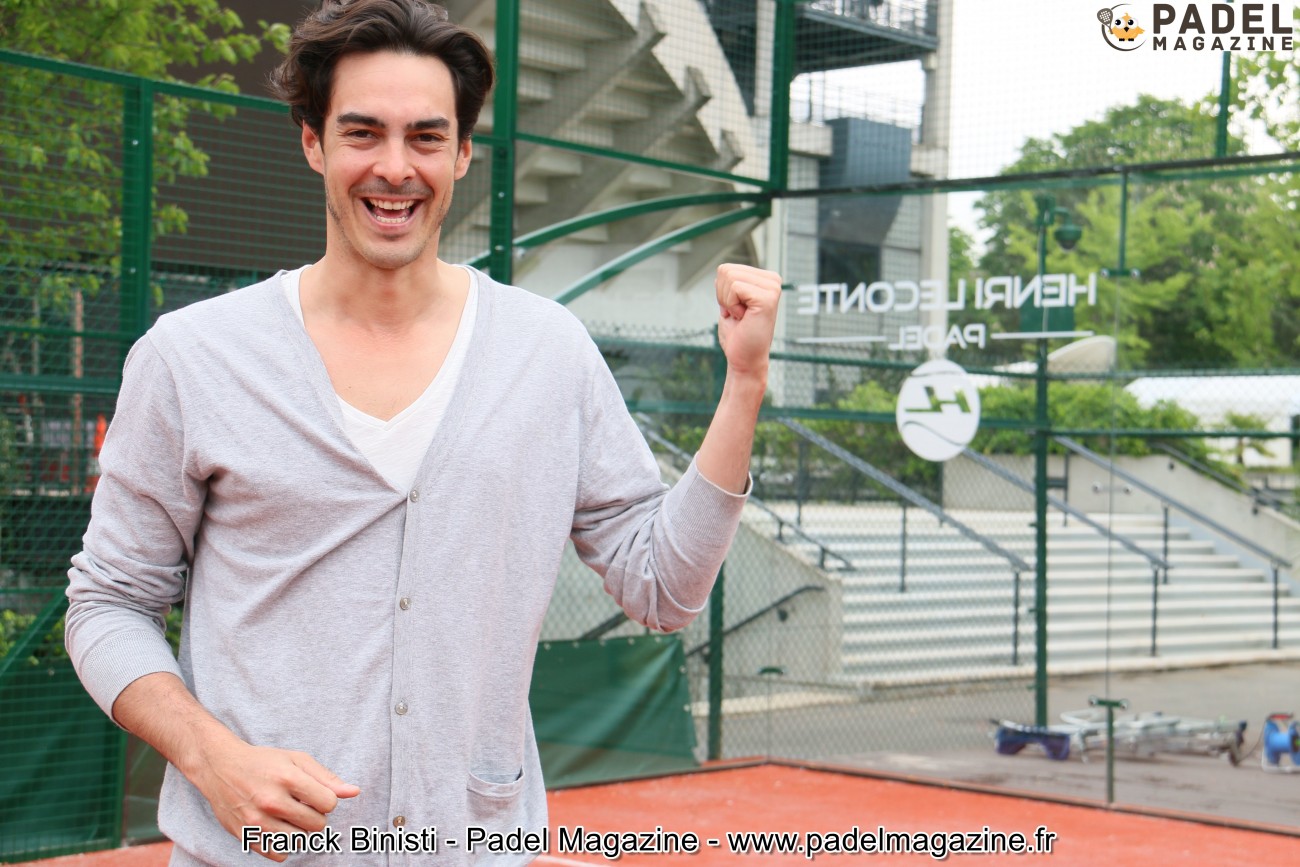 Thierry Braemer, partner and head of prospecting and projects for the Henri Leconte group Padel Club looks back on these two weeks of padel at Roland Garros which are announced " crazy ».

Padel Magazine - How will the padel at Roland Garros?

Thierry Braemer - Even during qualifying week, Henri Leconte will be present one hour per day on the field. This is what has been agreed with the FFT to set up this magnificent site in Roland. Two paddle monitors will be present to allow people to experience the sport for the most part and play on our HLPC padel pitch.

Visitors who want to play can make a 10-minute reservation. This slot can be blocked directly at the tennis club area on court n ° 13 (Behind the Suzanne Lenglen).

I'll be there all day. And we will communicate the day before for the next day the time when Henri Leconte will be present. There will be no particular schedule. We will see as we go.

Personalities, tennis players will come. Do you know who?

We should have Mansour Bahrami, all the players who play the Legends Tournament with the hope of having players of the French team ... but not only ... Then there will certainly be a large part of the Spanish players who will absolutely want to play padel .

I remember that this is the first time we have Padel Roland.

What is the outcome of this first HLP year?

Our clubs padel (Sète, Manosque, Aix, Avignon, Ajaccio) are recent and are doing well. We are expecting more very soon which should emerge from the ground no later than September, especially on the Alsace side ... But also abroad, notably Australia (Perth and Sydney) and an island not far away ...

We have many files in progress that should be realized by September.

Le padel at Roland Garros, is it possible to do better in terms of communication?

The operation 'Padel'will be a real trigger for everyone, even if we have been talking about it more and more in France for 1 or 2 years. I remind you that when there was the installation of the beach the first year, a hundred televisions came to do a report on this sport. The Roland Garros tournament is one, if not, the most publicized in the world.

And then we have above all a person like Henri Leconte who could not be more media-oriented. It is a chance to have a magnificent platform with Henri Leconte. We also have lots of padel of very high quality with technical innovations.

The first concerns the design which is unique with the legs of forces that take up the least possible space.

The second is the shade of sand (orange / red) that we are the only ones to propose. Moreover this shade of sand does not stain. What makes our padel field at Roland-Garros a unique field.

How long does the field padel will it be left to Roland?

It will last during the Roland-Garros period but also until September. Cad that there will be this ground also during the championships of France of tennis.