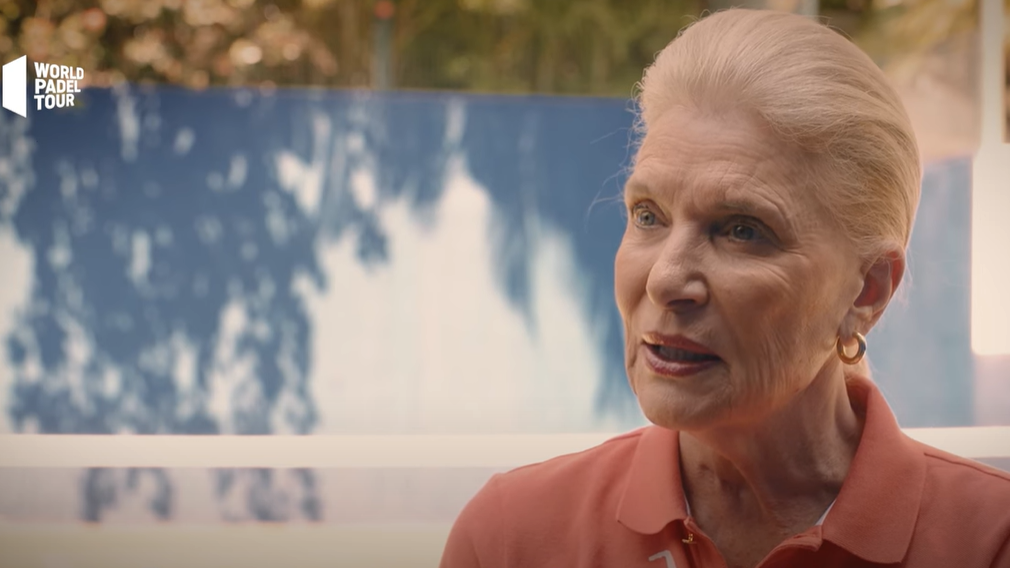 During the short break in the circuit, the World Padel Tour took the opportunity to take a short trip around the world.

While a few days ago the Spanish circuit embarked camera in focus at the Rafa Nadal Academy à Majorca, today it is towards Acapulco that the latter goes, to meet Viviana Corcuera, wife ofEnrique Corcuera, great inventor of padel.

The origins of padel

Very popular in Spain and Argentina, it is logical that in the minds of some aficionados the padel comes from these two countries. And yet this is not the case.

Indeed, remember that the padel, is originally a sport straight from Mexico, and more precisely from Acapulco. It was invented in 1969 by Enrique Corcuera, who did not have the space to build a life-size tennis court in his garden. When he played with his friends on his little court the balls kept coming out. To solve this problem he then decided to build walls ranging from 3 to 4 meters around the track. Exit the tennis racket and place in a kind of wooden beach rackets. the Padel was born.

“A sport born from a siesta?”

In this fabulous mini report produced by the WPT, we learn a little more about this sport and its inventor. Unpublished testimonies come to bring some anecdotes still unknown to the general public.

Basically Enrique Corcuera invented this new sport only to have fun with family and friends. He had absolutely no idea of ​​the impact that this discipline could have a few years later all over the world.

Enrique De La Torre, pioneer of padel professional and first-hand witness to this new phenomenon, tells how this idea came into the Mexican's head.

“Here in Acapulco the sun is strong and it is very hot in the afternoon. Enrique therefore used to take a nap from 15 p.m. to 17 p.m. His wife Viviana had fun kicking the ball against a wall for fun but it bothered him when he slept. This is how he had the idea of ​​adding walls on each side and a net and this is how the padel.

I remember he invited me to his house one day and afterwards I had the chance to play with him many times on that very first court, it still gives me goosebumps just thinking about it . The track was cement and poorly painted but we had so much fun. At first we played with wooden palas.".

Unfortunately, when Enrique died in 1999, his wife Viviana decided to sell the property and the new owners destroyed the very first track of padel to build a swimming pool...

Why the name “padel"?

In addition to being a well-known person in Mexico City, Ignacio Soto Borja also witnessed the development of padel for all these years. great friend ofEnrique Corcuera and ambassador World Padel Tour for the North America zone, he explains to us why this sport is called “padel".

"Manuel Arango who held the second track of padel in Acapulco helped him write a rulebook. Enrique didn't put a name to this practice so it's his friend Manual who undertook to find a name for this new discipline.

At the very beginning he chose the name “Rebotenis” because it was a small tennis court and since the ball could bounce off the walls it seemed logical. Then came the discussion with Argentinians who called it “Paddle” with the famous double “d”. In Spain and Mexico we wanted this sport to have a universal name to end any confusion. From there was born the word “PADEL".

Unfortunately many years later this confusion continues to exist because we still hear many people say Padel- Tennis”.

During his visit to Acapulco, the World Padel Tour was lucky enough to be able to visit the oldest track in padel in the world. This was built in 1976 and is located in the current family home of the family. Arango.

Mrs Corcuera recalled her memories of the genesis of this crazy project.

“After discovering the padel home in 1969, the family Arango decided to build this house with a plot of padel outside. And since then, little by little, several families have done the same and started to lay tracks in their homes”.

“My late husband owned a sugar refinery in Jalisco, in the province of Guadalajara. We went there very often and there were pediments there. Our friends told us that the Basque pelota was a difficult sport to practice because of its rough side. It wasn't friendly enough to Enrique. He then asked me what I thought of the fact that he added walls around the field and he then placed a net in the middle.

So we started playing on this particular field on my family's ranch. It was so entertaining and enjoyable. We were wondering what kind of balls we could play with. Squash? Tennis? We then decided to test different rackets and various balls on the market.

In 1970 the Argentinians came to our house in Acapulco. They were delighted and we started testing rackets they had brought from Buenos Aires. It was a success.

So we started playing on the field we had built here in Acapulco. It was a lot of fun because one of the walls of the track overlooked the room by Enrique and that's where the air conditioner box was. We couldn't remove it so when the ball hit this box, the rule was to put two balls back!".

“A sport that brings people together”

“It was amazing! All the members of our family came to play at our house. It was a wonderful time. The little ones played with the big ones. We were doing family tournaments and it was possible to see the grandmother facing off against the grandson. Even today I continue to play padel with my grandsons and I love these moments spent with them”.

“I also had fun writing the rules of this sport in 1969. I had to ask Enrique all the measurements of the ground, lines etc, it was a very tedious job but I took a lot of pleasure in it. I remember that Manolo Santana came in 1972 and he could stay up until one in the morning playing. He was fascinated by this sport and told us that he had never seen anything so entertaining in his life.

The beginning of a new discipline

Every year in December the prince Alfonso de Hohenlohe, a member of the family of Corcuera used to come home and he loved to play with us. He fell in love with this sport and when he went to Spain, to the famous Marbella Club, he had the first two tracks built there. They were magnificent and it was my husband who inaugurated them”

This mini report on the origins of padel is a beautiful tribute made by the World Padel Tour to the spouses Corcuera for having invented and introduced this fabulous sport which today has millions of enthusiasts.

To see the entire report (in Spanish with English subtitles), it happens just below: