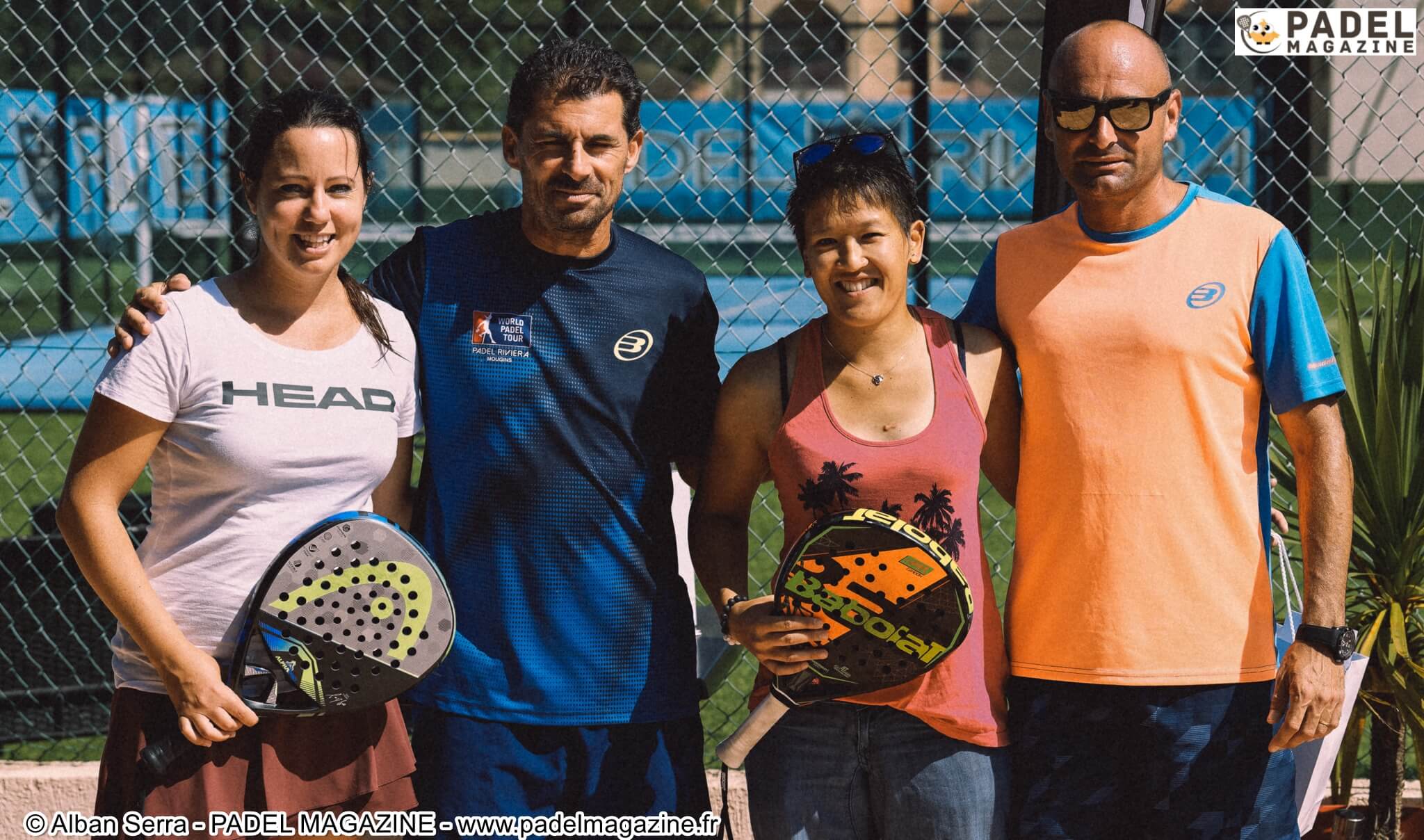 What more to say than a frank success ... This weekend spent at the Padel Riviera Mougins was at the height of the distinguished guests including Paquito Navarro and Federico Chingotto.

A club that has a very special soul and that gives this irresistible desire to return.

The founders of the center can be proud.

Beyond this beautiful event, we had in parallel a big ladies tournament - P1000.

No surprises in this tournament since the two best pairs of the table are logically found in the final.

The 4 protagonists (Mai Vo, Audrey Casanova, Melissa Martin and Geraldine Sorel) despite back problems for Melissa and respiratory problems for Geraldine, have given us a show worthy of the event and the place in an overwhelming heat. Victory of the Vo / Casanova pair in 3 sets: 6 / 2 3 / 6 6 / 3. A victory gained in pain because it was particularly hot on the ground. Melissa Martin and Géraldine Sorel fought like lionesses pushing their limits when they were not at all good during the final.
While both players seem physically injured, the pair Sorel / Martins managed to win this second set. A pugnacity that will find its limits in the 3e set with the pair in shape of the moment, the pair VO / CASANOVA who wins the Open Padel Riviera Mougins.

Present at the microphone during the live, Line Meites brought, by its experience, the tactical and technical details with the right dose of humor and derision that we know so well.

Note also in this final, the presence of a spectator more attentive than the others: Mr. Patrick Fouquet, Coach of the French team Padel who will certainly draw the most appropriate conclusions ...