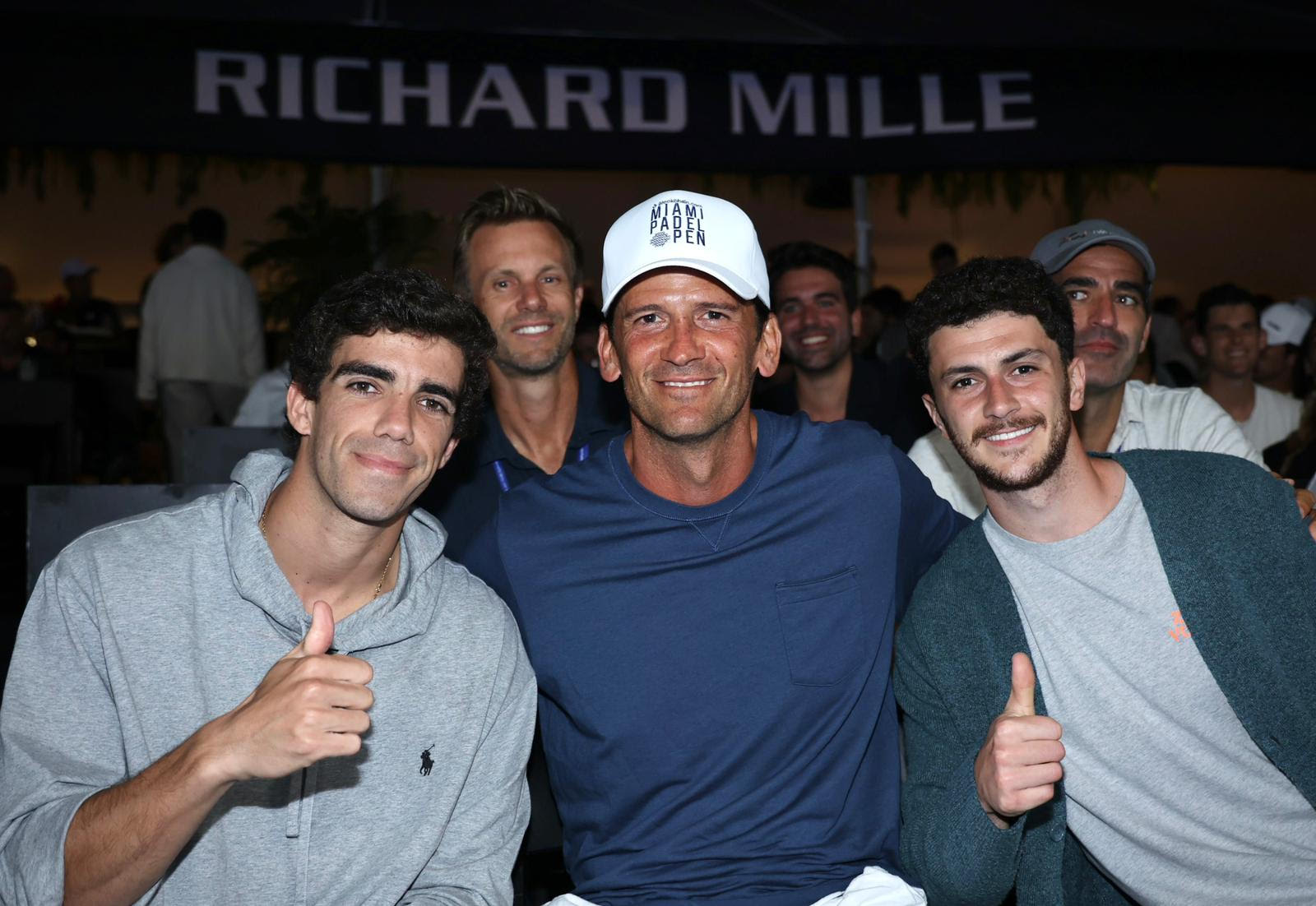 The Blockchain.com Miami Padel Open was held a few weeks ago in the luxurious Island Gardens. We have already talked about Nallé Grinda, Tournament Director, but do you know Wayne Boich, the organizer?

“I built a court at home”

A friend of Nallé, Wayne Boich discovered the padel eight years ago in France. At 38, the former number 1 junior tennis player in Florida quickly fell in love with the sport. Growing up partly in Miami, Wayne started playing tennis against his garage door at the age of five. At 12½, he was number 1 in Florida and number 3 nationally. During these years, he traveled all over the world, participating in junior tennis tournaments, including the US Open. “Tennis has been an important part of my life, and that obviously reinforces my passion for tennis. padel, because I can still play. I'm getting old compared to these pros, but I can still play with them and be competitive." did he declare.

The CEO and chairman of Boich Investment Group was so fond of the padel that when he returned home to Miami, he incorporated the now-thriving racquet sport into his daily routine. " The padel allows beginners to feel like they are progressing faster, unlike tennis where there is more ground to cover, where you chase the balls and where if the ball escapes you, the point is over », explains Wayne Boich.

But when he started, the padel was very little developed in the United States. “A group of us who used to play tennis started heading to the padel, but there were no real courts,” he told Boardroom. “We formed a team and little by little people started playing. I built a court at my house, and people came to play at the house. I brought in some pros, and people started watching more. A club was built then two, then three… Now it's become the talk of the town. »

The stars of padel worldwide in Miami…and not only!

So it was the perfect time for the former tennis player to bring the World Padel Tour in the USA. Thus, this year, the Miami tournament officially kicked off the 2022 WPT season. Wayne Boich is the main organizer and licensee of the event. To bring the Miami to life Padel Open, Boich Investment Group chose Blockchain.com as the main sponsor thus giving its name to the tournament. The Miami Heat star, Jimmy Butler, was also the honorary president of the tournament. “I had told him that I was planning to organize an event here with the best players. He came to my house when I had pros in town to play. When I told him about it, he said, “That's a great idea. Tell me how I can help you” says Wayne Boich.

Indeed, the basketball player is a big fan of racket sports. He discovered the padel thanks to his friendship with the Brazilian footballer Neymar. He became so passionate about padel that he integrated that into his physical preparation. " The padel became an obsession for me as soon as my trainer introduced me to this sport as a new fitness exercise,” Butler said. “I love competition. This is what made me fall in love with the padel, to the point of playing two to three hours a day when I can. »