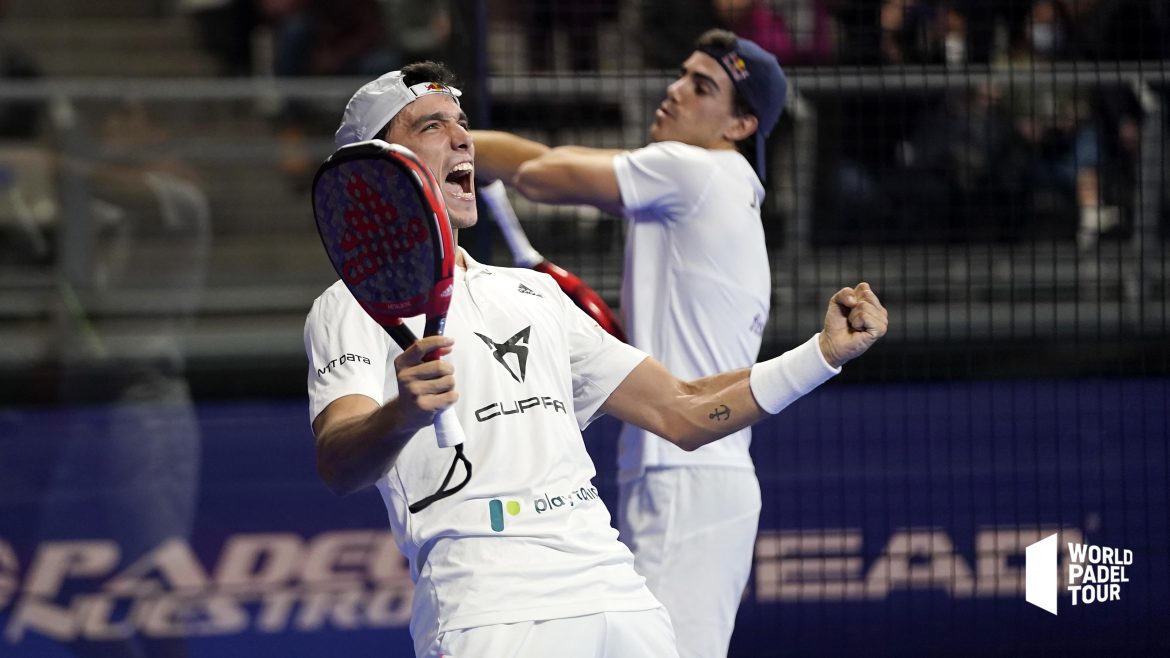 What level of play! Juan Lebron and Ale Galan were intractable in the final of the World Padel Tour Alicante Open against Paquito Navarro and Martin Di Nenno.

Like the ladies, the numbers 1 leave Alicante with the title. Opposed to Paquito Navarro and Martin Di Nenno, the pair in form of the moment, Juan Lebron and Ale Galan had a very big game to win in two sets. Asphyxiated, Navarro and Di Nenno lost 6/2 6/3 against the players of Jorge Martinez.

Jostled for their entry into the running by Campagnolo / Garrido, the world champions will then have moved up a gear to surf towards their first title of 2022. Victorious of Bela / Coello 6/4 6/2 in quarter, then of Gutiérrez / Tapia 6 /1 6/1 in the semi-finals, they will have offered a new recital this Sunday and unlock their counter this season.

The competition is warned, Lebron and Galan have returned to their best level!