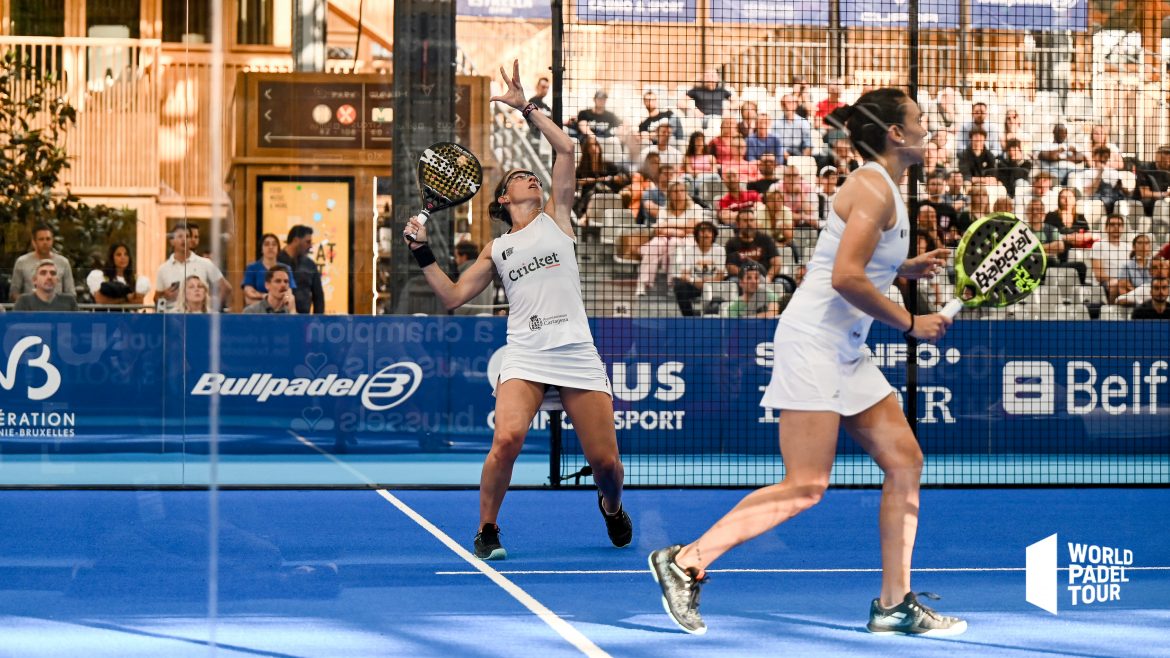 It's over for the big surprise of this World Padel Tour Brussels Open. Esther Carnicero and Lucia Martinez failed to achieve a new feat in the semifinals.

After having dominated Josemaria / Sanchez then Iglesias / Osoro, Esther Carnicero and Lucia Martinez hoped to offer themselves the scalp of a new seed this Saturday. But Patty Llaguno and Virginia Riera did not hear it that way.

Those who still haven't lost a set in Belgium were once again very solid, and although shaken up by the revelation of this tournament, they won again in two sets: 7/5 6/4.

A victory that will allow them to play their very first final of 2022 tomorrow. It will be against the numbers 1, whom they had beaten last year in Vigo to afford their only title of the season. Will they be able to reissue tomorrow?