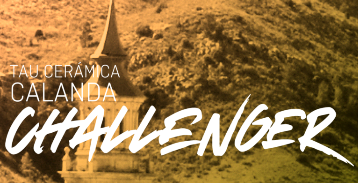 Le World Padel Tour Calanda Challenger, which begins this weekend, will feature 6 French, a figure that had not been reached for a while.

Three French people are registered for this Calanda Challenger. From Monday 10:00 am, they are Bastien Blanqué and Thomas Leygue who will be back together on the World Padel Tour. The pair that currently competing in the FIP Rise of Canet-en-Roussillon, will start in the second round of the preprevias, Monday at 10 p.m.. They will face the winners of the match between Raul Hernandez Peñalosa (460) /Jorge Angles (310) à Pedro Carlos García Consuegra Gutiérrez (261) /Adrian Garcia Valverde (645).

Tuesday is Benjamin Tison and Marc Quilez who will start their tournament. Seed number 1 of the previas, they will play 18h00 against the winners of the match between Pedro Meléndez Amaya (117)/Cristobal García Blanco (136) in José Luis González Rodríguez (111) /Alvaro Melendez Amaya (112)!

For girls, for the first time in 2021, three French will be in the final table ! Two of them start in the round of XNUMX.

We will start with Mélissa Martin and Maria Castañera, who will face Christina Musial (112) and Iris Donate (114), two players they dominated in the first round of the WPT Malaga Open preprevias! Will the Frenchwoman and her partner do it again in Calanda? Start of response Wednesday at 17:00 p.m..

A little after, to 19h00, Those are Léa Godallier and Ariadna Cañellas who will compete against Martina Fassio (85) and Mireia Herrada (93).

Last but not least, Thursday, at 17:00 p.m., they are the winners of the last WPT Challenger, Alix Collombon and Jessica Castello who will start their tournament. The Franco-Spanish pair, seeded number 4, will start eighth against the pair who won the clash between Martínez Fortun (53) / Claudia Fernandez (96) and Cortiles (39) / Clasca (65).

For those who would like to find all the paintings, it is HERE !