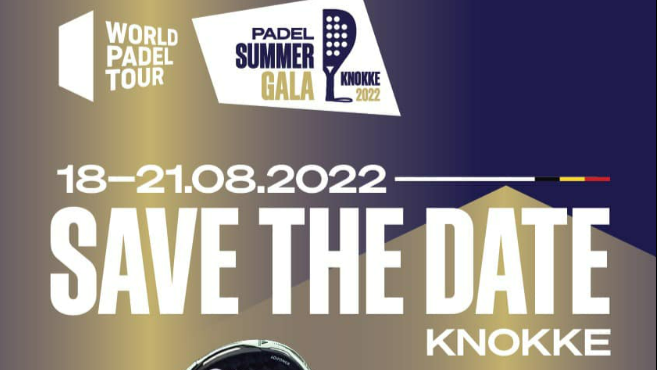 As we have just recovered from our emotions of the last WPT Circus Open which was held in Brussels in recent days, the organizers are already preparing to put the cover back.

We told you about it at the beginning of the year, this season, Belgium will organize two stages of the Spanish circuit. The first, an Open from May 3 to 8, brought together the best players in the world who came to put on a show in a listed architectural gem dating from 1904.

The second Belgian event this year will be the second edition of the exhibition in Knokke, which was so successful last year that the organizers wanted to repeat the event in 2022. The goal, once again , will be to discover the padel to the fans, who will be able to enjoy an extraordinary show.

This edition called Knokke Padel Summer Gala will be played from August 18 to 21 and will welcome big names from the padel as Miguel Lamperti, Alejandra Salazar, Marta Ortega or the big one Fernando Belasteguin.