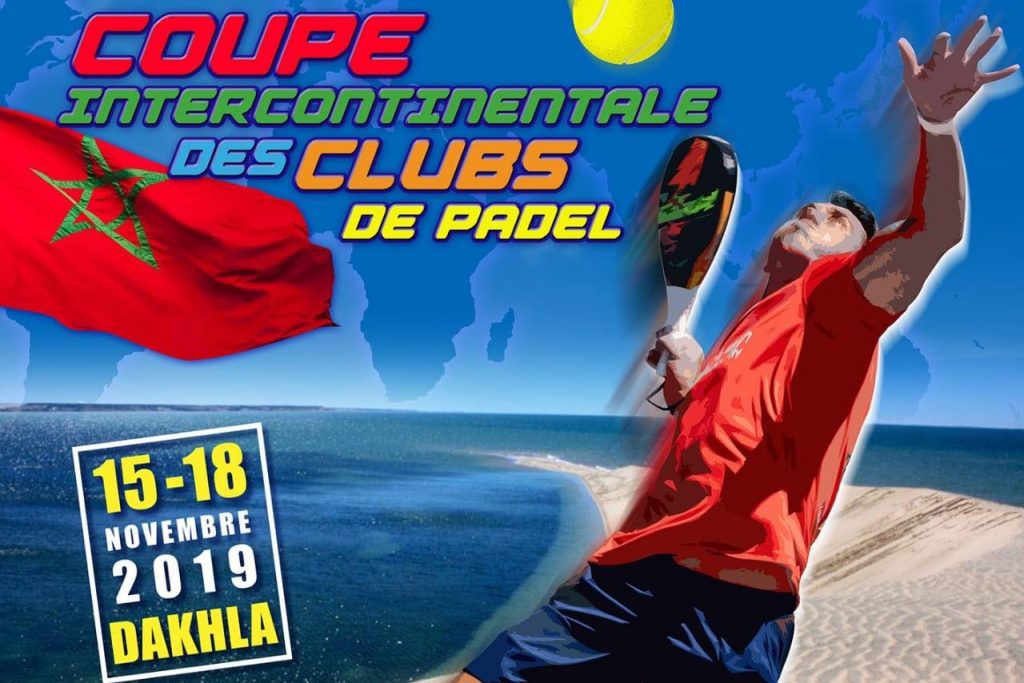 Morocco hosts the 1th edition of the Intercontinental Cup of Padel. A competition that sees 16 nations compete for the trophy in Dakhla. Players coming from the 4 continents come from Place Hassan 2 in the heart of the city to promote the padel in Morocco.

Morocco intends to become one of the padel lands by accelerating development throughout the kingdom.

Claude Baigts, President of the European Association of Padel Clubs recalls that there are 100 years, "The pioneers of the airmail departing from Toulouse made their stops at Dakhla before joining Saint Louis of Senegal for a crossing of the Atlantic to the American continent. This first edition which took shape in Toulouse with Samir Hajij delegate to the Sports brings back to life these pioneers of the aeropostale"