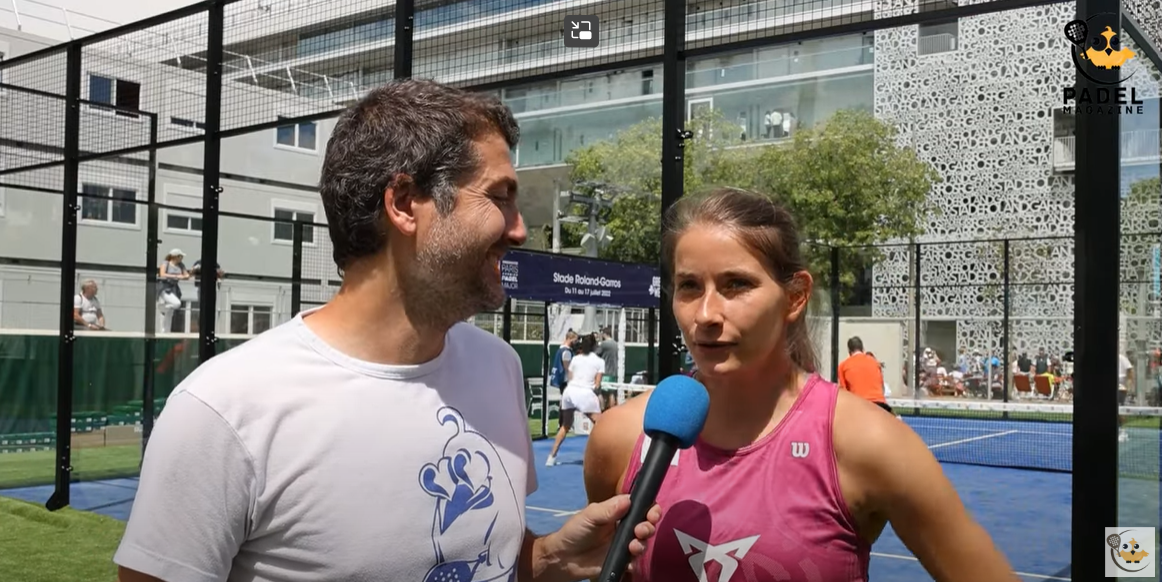 It is during a day dedicated to padel organized by the French Tennis Federation at Roland Garros, that Padel Magazine was able to interact with Alix Collombon, French number 1 in padel.

The Lyonnaise returned with her usual good humor on various subjects: the Premier Padel Major, the future of the ladies on this circuit, but also her very good results during the last Challenger Mallorca where she finished with Jessica Castello vice-champion of the competition.

"Obviously I really want to play this tournament, it's Roland-Garros, I'm French and the fact of knowing that the boys will be able to play and not the girls makes me feel sick. We are in negotiations, nothing is decided for the moment on our future. We are still in contract with the World Padel Tour until 2024. For this year we can announce it, it is impossible.

We will see if an exhibition can be made but it will also depend on the WPT. It would already be good for the girls.

I know that Arnaud Di Pasquale sent an email to the players' association to see if we were interested and if we could do it.

It's always the same problem: the contract with the WPT… We don't have the right to do other events 7 days before and 7 days after a WPT tournament. There are clauses that state that we could participate in this event and others that contradict them. We discuss this with the lawyers but it remains a complicated subject because even I do not know all the ins and outs.".

What explains why the boys allowed themselves to participate in Premier Padel and not the girls?

The boys aren't afraid to go into conflict and shake things up a bit and it's often thanks to them that things move forward. Regarding the girls, we are perhaps a little more calm, we want to do things well, we have a contract that we have signed. We can't do just anything. Potential fines can fall and to be honest we are a little more cautious than the boys on this.

The gentlemen decided to do things very quickly and not necessarily very well to be honest. It is the 10 first in the world who have chosen for a whole circuit... Here we are making a very important decision for the future of the padel, not only for us because it is committed over the next 25 years. You don't have to do anything".

A higher and higher level

“It's complicated, the level is getting higher and higher. It's true that we come out of a good tournament in Mallorca, we beat pair number 3 composed of Bea Gonzalez and Marta Ortega, and Eli Amatrain – Carolina Navarro, pair 8. We manage to win matches against pairs who are among the world's top.

The Challengers are very competitive this year because the organizers have increased the prize-money and the points, so inevitably more players want to participate”.

“Physically in the last set it was tough because we were coming out of three big intense games. We lacked freshness both physically and mentally. In addition, they changed tactics during the game and unfortunately we were unable to respond favorably to this change.".

You can find this interview in full below.